Refuses to answer questions about impact on budget.
Antoinette Slabbert 31 May 2016  00:01 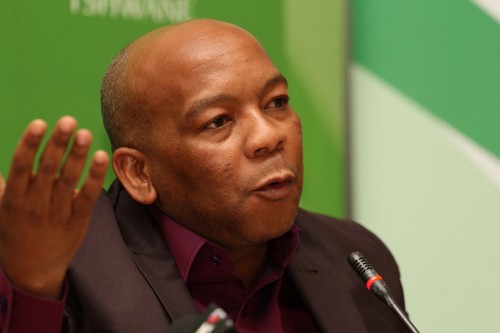 Tshwane mayor Kgosientso Ramokgopa on Monday refused to answer questions in council about a possible further R950 million obligation to its electricity smart metering service provider PEU and the effect of such a payment on the city’s budget.

The amount is allegedly payable on July 1.

The questions were put to Ramokgopa during a council meeting to approve the city’s budget for the next three financial years that takes effect on July 1. They come after the city has repeatedly failed to answer questions from Moneyweb about the cost of cancelling the controversial agreement with PEU.

Ramokgopa in May last year announced that the contract with PEU would be cancelled since it was unaffordable and the commission payable to PEU reduced by more than 50% during the transition period ending December 31 2015.

In a carefully-worded statement, PEU then disclosed onerous conditions to the reduction. It said 10c of the 19.5c commission on every rand of electricity revenue vended through the PEU system would be paid into an escrow account during the transition period for the benefit of the city, pending the city’s compliance with the terms of the cancellation agreement.

These terms included an obligation on the city to buy PEU’s infrastructure from it by December 31, at an amount to be determined by an independent valuer.

The city then embarked on a new tender process to find a service provider to replace PEU. One of the tender provisions was that the successful bidder would have to take over the PEU infrastructure at an amount to be determined by an independent valuer.

This was apparently an effort to transfer the city’s obligation in terms of the cancellation agreement to the new service provider.

The city has refused to answer questions about the valuation, identity and expertise of the valuer, but Moneyweb has seen documents sent by the city to prospective bidders that put the value at R950 million.

The emails included questions from bidders about the basis of this amount and whether it posed value, that went unanswered.

The new tender was only recently awarded to international consultancy firm Accenture. The city did not answer Moneyweb’s questions as to whether Accenture paid the R950 million for the PEU infrastructure.

In questions put to Ramokgopa during Monday’s council meeting, DA councillor Lex Middelberg, a central figure in opposition to the PEU contract, asked Ramokgopa to confirm his (Middelberg’s) information that the city was in breach of the terms of cancellation and is therefore obliged to pay PEU R950 million on July 1, which is also the first day of the city’s new financial year.

He further asked whether it is correct that the city plans to fund this from about R500 million that would be in the escrow account by that time and the balance from city funds, without having provided for it in the budget.

He said if that were true, it would have a major effect on the city’s budget – the subject of the meeting.

Ramokgopa, who earlier stopped his fellow ANC councillors from objecting to Middelberg putting a question on the matter, gave a very curt response, saying he “cannot answer supply chain questions”.

The Auditor General found that the R880 million the city paid to PEU in the previous financial year was irregular expenditure, meaning it was incurred unlawfully.

Moneyweb earlier reported that both the Hawks and the Public Protector are investigating the contract.

AfriBusiness, the business arm of the Solidarity movement, has approached the North Gauteng High Court to have the contract reviewed and set aside due to tender irregularities. A court date has not yet been set.

The city administration was not able to respond to the questions put to Ramokgopa at the time of going to press, but promised to do so shortly.

Cos he is not too good with the numbers.

Who cares its only ratepayers money! ANC is more important than anything else so stop complaining.

Here’s a novel idea. Let’s vote them into power again they are doing such a splendid job!

DA will save the day…

How are they going to conceal this from the Auditor General? It will be wasteful or irregular expenditure.

How does Tshwane get its new budget passed? Through a sheer majority in the council? Obviously ANC counselors don’t ask questions but opposition parties do – and they’ll need to know about PEU commitments in the new financial year.

And where is Des V Rooyen in this? He has all these degrees in finance and isn’t he a CA? I’d love to know what he says – but like the mayor, he will probably also refuse to comment.