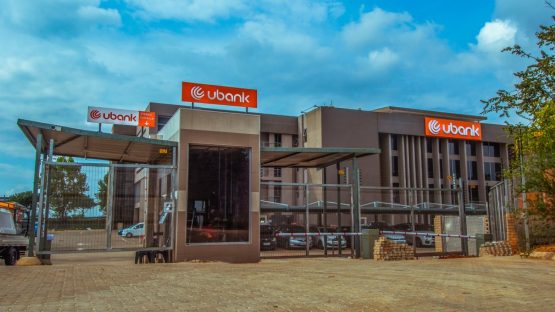 Ubank has been placed under curatorship with immediate effect. Image: Ubank via Twitter

Kganyago announced that KPMG has been appointed curator of the bank, which has total assets of just over R5.2 billion.

Ubank is a 100% black-owned South African bank, according to its website. It is linked to mining sector unions and most of its clients are either mining workers or people from underserviced communities.

Read: Union against sale of bank stake to Guptas

“Ubank is a bank, duly registered as such in terms of the provisions of the Banks Act 94 of 1990, which means that it falls under the supervisory and regulatory ambit of the Prudential Authority,” Kganyago said.

“The bank has a long history of providing basic financial services to mine workers and their families. The Financial Sector Regulation Act 9 of 2017 mandates the Prudential Authority to [A] promote and enhance the safety and soundness of financial institutions that provide financial products; and [B] protect financial customers against the risk that that those financial institutions may fail to meet their obligations,” he added.

“During the last couple of years, the Prudential Authority has intensified its supervision of Ubank due to corporate governance concerns, a high number of internal control weaknesses, and the prolonged period it has taken to secure the injection of sufficient capital,” noted Kganyago.

He said the injection of new capital was needed for Ubank to comply with the minimum capital requirements, to diversify the bank’s business model and to ensure the future sustainability of the bank.

“After having duly considered the seriousness of the issues facing the bank, and given that Ubank is unlikely to immediately meet its obligations as required by the Banks Act and the regulations relating to banks, the Minister of Finance, in consultation with the Prudential Authority, has decided to place Ubank under curatorship with immediate effect.”

“This is being done to proactively mitigate the adverse consequences on Ubank’s depositors, and to preserve the stability of the South African banking and financial services sector as a whole,” he added.

Ubank to continue to operate

Despite Ubank now being placed under curatorship, Kganyago stressed that the bank will stay open and service its clients.

“Ubank remains highly liquid with a liquidity coverage ratio in excess of the regulatory requirement,” added the Reserve Bank governor.

Kganyago said that Minister of Finance (Enoch Godongwana) has appointed KPMG South Africa as the curator of Ubank, with KPMG director Zola Beseti as the representative to lead the curatorship.

“KPMG South Africa will be responsible for Ubank with immediate effect, and with the full authority the law confers on the curator,” he pointed out.

“Upon an appointment of a curator, the management of Ubank vests in the curator, subject to the supervision of the Prudential Authority, that any other person vested with the management of the affairs of Ubank shall be divested thereof. The curator is also required to recover and take possession of all the assets of Ubank,” noted Kganyago.

“The Prudential Authority is obliged to ensure that all payment clearing and settlement obligations of Ubank will continue to be met. The curatorship provides the legal framework within which the necessary initiatives can take place to enable an orderly resolution,” he explained.

Meanwhile, responding to questions during the briefing on Ubank, Kganyago said the bank is the only commercial bank currently under curatorship. He said VBS Bank is now in liquidation, while African Bank “emerged” from curatorship a while back.

Julius Malema accused the SARB of discriminating against “black excellence” when it acted against VBS Mutual Bank. This one is 100% black-owned. I want to hear Malema now.

By the way, many 100% white-owned banks in the US have gone into liquidation, and that says nothing about white excelence.

Just recently David Mabuza asked us all to stop aportioning blame in the dark ESKOM fiasko and “move on” to fix it together. The New Elite are fickle in their application of double standards. Malema is predictable as always, his agenda is 100% transparent and self serving. The One True Beret is a very dangerous man.

If we are to turn a new page, it should apply to all of us. Jan v Riebeeck, apartheid and all the other old cows that are dug up so often to blast white folks and influence the sheeple who vote.

The pity is that all of this always has a racial connotation in South Africa. There are white crooks and black crooks ….many of them. If only we could move away from skin colour. But I am afraid as long as politicians are out to score points with the voters it is not going to happen.

“Capitalism without bankruptcy is like Christianity without hell.” – Frank Borman