New subsidiary to be established within months.
By Antoinette Slabbert 20 Feb 2019  14:07 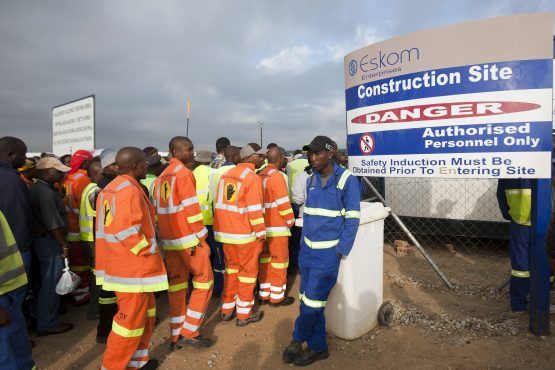 Finance minister Tito Mboweni on Wednesday announced that Eskom will get R23 billion per year for the next three years from government under strict conditions, including the establishment of a transmission company in which the private sector will be able to invest.

This company will be a subsidiary of the state-owned Eskom holding company and must be up and running by the middle of the year – in other words, within three to four months.

This will be the first step in unbundling Eskom into three separate units, namely generation, transmission and distribution.

Mboweni made it clear that government will not take on Eskom debt, but will make the three consecutive R23 billion allocations to enable the utility to restore cash flow to positive levels, improve liquidity to enable urgent maintenance so that electricity supply can be stabilised, and give Eskom space to do a corporate restructuring “unprecedented in South Africa”.

Within this framework, Eskom should be able to service its debt and make repayments as they become due.

The unbundling will kick off with Eskom appointing a chief reorganisation officer, as done at South African Airways and a step that could be applied in other struggling state-owned companies. He equated this to putting an entity under administration. “[This person] will be our eyes and ears,” said Mboweni. “[This person] will guard our money.”

The initial focus will be to establish an independent transmission entity and system operator that will provide open access to the grid to multiple generators of electricity.

Read: Splitting Eskom will protect its most strategic asset

This is aimed at removing the conflict of interest in power procurement and creating competition that should drive the cost of electricity down.

Each subsidiary will have its own board – and assets, debt, people and licences will have to be migrated to the relevant subsidiary. At a later stage, financial reporting will also be separated.

Mboweni wants the transmission company up and running by mid-2019. Its assets will include the transmission network, which consists of the grid and substations, the national control centre and system operator, and Eskom’s peaker power stations (pump storage schemes and hydro and gas turbines), as well as transmission servitudes and property rights.

Government has already started engaging unions about the transfer of workers to the separated entities and says it will act in accordance with the Labour Relations Act.

At least it’s only R23B per year over three years, and not R100B or more. Still, the private equity partner who is going to “partner” with the transmission company will need the world’s biggest pair, made out of polished titanium.

Will the size of coconuts be ok?

Seems simple to me; Patrice whispers in Cyril’s ear, Cyril nods to DTI (black business fund), DTI cough over the cash, Patrice signs a Surve type deal at whatever per MWh (just maybe after putting some tens of millions aside for a rainy day) needed to pay the money back (plus a handsome management fee) and off we go using existing systems. There are not any real problems with Eskom transmission that I am aware of; it’s a cash cow; whatever the charges (likely to be cents rather than Rands) are just get added to the tariffs. What could possibly go wrong?

So a taxpayer bailout of R69 billion? Ratings agencies must be high fiving.

Also, we take the big bad apple and split it in 3.

> Tell the 3 rotten slices they are individual apples.
> The transmission one gets to partner with daring good apples.
> We hope and pray the rotten slices will be influenced by good company?

So everything remains the same except more paperwork and jobs added to Eskom consolidated?

Problem solved? The big bad apple just got bigger and kicked down the road.

The interest on R5420bn is about R40bn. Providing R23bn (each year) means that ESKOM will need to generate about R19bn just to pay the interest. Given that they cannot set their price – NERSA always gives them less than they ask for, in ‘the national interest = voters – that does not seem possible. This is a slow torture mechanism for an SoC in its death throes. Horrible to watch, but fascinating all the same.

Love to see how the unions will react to a non-BBBEE equity partner.

Luckily is my money as a non-BBBEE not good enough.

Transmission is the family jewel.

It should NOT be privatised as:
1. it is a natural monopoly with unlimited exploitation potential
2. it must not be allowed to choose whose energy they transmit where and on what terms
3. It is, in asset and skill perspectives, the far simpler operation to run.

If there are private sector superheroes strutting around, send them into New Build. And to Soweto to collect the cash

Ah Johan, politely put. To me it is clearer, it is the family jewels “they” (ANC Big Men, Chinese, BEE companies etc) want; cheaply. None of them have the stomach to try and fix actual power stations.

Make an offer to bailout the entire beast, not just transmission. Make the terms clear you want exclusive operations rights for the next 50 years.

Insist on taking over SAA, DENEL, Transnet, PORTS etc too. It will fit nicely into the Belt and Road portfolio. Turn them around in 5 years and run them at a profit for another 45 years.

The SOE’s are all captured anyway. We’d prefer it if they were captured by someone who CAN run a business.

The ONLY clause in the deal South Africans want is.. no above inflation increases per year for our electricity, transport etc. for the next 50 years.

Here’s an idea. Perhaps a consortium crowd-funded by consumers residents who currently do not pay for electricity. They can use their savings accumulated over the years of benefitting from free electricity. A privilege indeed.