We are already priced as ‘junk’ Although this will have some bearing on the bond market, government’s efforts to sort out the fiscus, along with the direction of the global economy, will have a bigger sway, said Old Mutual Investment Group at a presentation on ‘2020 and life beyond junk status’ in Johannesburg earlier this week.

The nominal impact of a downgrade can be seen in the bond pricing of Russia and Brazil, which saw their credit ratings downgraded to below investment grade by all three credit rating agencies by the end of February 2016. Despite having a ‘junk’ rating, Russia and Brazil’s bonds are nevertheless trading at lower prices than their South African counterparts.

The 10-year bonds for Russia and Brazil are currently trading respectively at yields of 6.29% and 7.03%, compared to the 9.21% of South Africa’s bonds, in spite of it still having an investment rating.

Moody’s is the last of the large rating agencies, which include Standard & Poor’s (S&P) and Fitch, to hold out in granting SA an investment-grade rating. This will soon change.

“We are certainly priced for downgrades by Moody’s and probably for a further downgrade by S&P,” says Old Mutual Investment Group portfolio manager John Orford.

Read: This is what awaits South Africa if Moody’s cuts its rating to junk

Old Mutual Investment Group chief economist Johann Els says this means the government’s commitment to bringing down debt, reducing the deficit and cutting spending can go a long way to boosting investor confidence. The state announcing plans to refinance Eskom, for example, would have a bigger effect on confidence than a downgrade would.

Orford says this can be seen in Brazil, for example, implementing reforms late last year, which resulted in its bond yields falling from about 12% to around 7%.

Although the government has made steady progress in sorting itself out since Cyril Ramaphosa took office in December 2017, Els and Orford say it is not moving quick enough.

In a sense, it even moved backwards. The medium-term budget released by finance minister Tito Mboweni on October 30 did not fill Els with confidence that the state could cut costs and reduce the deficit.

“They said in June there would be a 5% spending cut. They came in with significantly less than that. They set up the market to expect an improvement,” he said. “Limiting growth in the wage bill is probably going to be easier than cutting jobs or freezing wage increases,” says Els. “This could lead to a lower budget deficit fairly quickly. Limiting growth to 4% per annum could mean cumulative savings of R104 billion.”

However, Els does not think the state has the stomach to push through these changes as it means it will have to tackle weakened but still-powerful trade unions.

Though he feels the government can do more, he was surprised by the positive reception a South African delegation got from US investors on a roadshow a few weeks ago. They thought the country was heading in the right direction and were impressed by its commitment to making the right changes.

Positive sentiment in the US is not the only thing going for SA. Els says it’s possible that the South African Reserve Bank will likely cut interest rates early next year.

Even so, Els and Orford say 2020 looks likely to be a difficult year.

Autumn is still a far way off.

Since 1912 the ANC demanded to rule this country but the previous government said “no you will just break it like every other African country”. So in 1994 they got the opportunity to rule the country and guess what? They broke it.

The corrupt ANC has already reduced a working country to junk. Like Zim and Zambia and Angola and Mozaabique etc etc.

The ANC will break anything!

It looks to me like our economy is experiencing an unplanned breakdown !

A perfect example of a planned breakdown: The NHI plan being hatched in parliament. Just one of many other examples.

“… in Brazil, for example, implementing reforms late last year, which resulted in its bond yields falling from about 12% to around 7%.”

We aren’t at 12% yet so surely there is more scope for a downward price on bonds, especially if the ANC regime does not start implementing rather then talking about reforms?

“The nominal impact of a downgrade can be seen in the bond pricing of Russia and Brazil, which saw their credit ratings downgraded to below investment grade by all three credit rating agencies by the end of February 2016. Despite having a ‘junk’ rating, Russia and Brazil’s bonds are nevertheless trading at lower prices than their South African counterparts”.

“The 10-year bonds for Russia and Brazil are currently trading respectively at yields of 6.29% and 7.03%, compared to the 9.21% of South Africa’s bonds, in spite of it still having an investment rating”.

They are actually trading at higher prices compared with the South African counter parts. The lower the yield the higher the price.

This cANCer government is committed to one thing and one thing only:
DESTRUCTION!

They were handed pristine condition SOE’s in 1994. Every single one is all but destroyed.

Their next target is the Private Sector starting with:
– Health Care
– Pension Funds
– Property

SA is nowhere near priced in for Junk…the cANCer is only just getting started!

Despite all the rhetoric, their motto is “Seek & Destroy!”

If you have ANY investments in SA, you be the fool!

A colleague said today: “They have downgraded SA to junk status and now they are putting us into business rescue”

Whoa, if only that were true!!!

Surprising mistake from experienced journalist to suggest SA Bonds are more expensive than Russian or Brazilian bonds!
The exact opposite is true
Terminology wrong but story is on the money… greed will win out and our yields will drop (eventually)

In a debate with FW many years ago, Mr Mandela assured everyone that his Ministers will earn a living wage and live amongst the people, not to be fat cats like the predecessors., It must be said that back in the day every single parastatal was a well oiled machine,Eskom was rated as one of the best power utilities in Africa,if not the world..Fast forward to 2019..Well hello..Ministers are millionaires, the poor, including the not so poor, are paying for the sins of their comrades who captured the state and walked away with a Trillion..(Thats a thousand billion) Well Madiba unfortunately your Comrades did not take heed to your humble advice..You forgot one thing about human nature, power and politicians..It’s called GREED..Rest in peace good man, you’ve been spared the witnessing of the country you so boldly fought for to junk..The poor masses miss you! 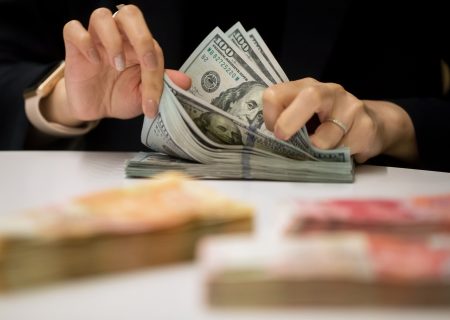