It is with great sadness that I heard of Mike Schüssler’s passing on Tuesday morning.

He was one of the best economists in South Africa and a friend of many years.

In many ways, he was much more than a mere economist, and I regarded him more as an economic statistician.

He was almost an abacus rolling down the stairs …  someone who could from memory recall detailed economic data from many years ago. For example, during a debate on television once he quoted numerous economic indicators from a decade before to nullify another participant’s argument. I can still remember the way the whole panel looked at him in puzzled amazement.

This trait, combined with his knowledge of the economy, made him a remarkable economist.

Mike was almost the ‘uncle in the economics business’. He was a household name, and people trusted his opinions because he spoke a language everyone in the country could understand.

He was also one of the first economists many journalists would phone to get a comment on developments. I am also sure many other economists listened to his views before formulating their own opinions.

He also did not always follow the middle road. He would write articles which contained factual proof of the status of our economy, which were in stark contradiction to popular perceptions. They were views out of left field which may have, and correctly so, influenced policy formulation.

When I asked him where he found the statistics he based an article on, he would be almost indignant: “It is Stats SA data. It is in an annexure other people do not read.”

In this context, South Africa has lost an almost contrarian view of our complicated economy.

Mike also wore his emotions on his sleeve.

Many years ago, Mike and I worked on publishing several provincial Business Barometers. They were specially designed indices which measured economic activity levels in various provinces around the country. Mike developed the indices, and we undertook a roadshow to try and find a sponsor.

The first pitstop was in Cape Town, where we were due to meet the economic development agency Wesgro. However, the meeting was cancelled while we were standing in the foyer of the organisation’s head office, and it was evident from the interaction with the receptionist that the Wesgro officials forgot about the meeting.

The meeting was hastily rescheduled for the next day, and when we eventually sat down at a conference table, Mike unambiguously expressed his extreme dismay with Wesgro’s conduct and equalled it to poor service delivery. Needless to say, the meeting did not last long, and Wesgro did not become a sponsor.

As we walked out, he remarked: “Maybe I shouldn’t have done that … Can I buy you lunch?”

I want to express my condolences to his family, friends, and colleagues.

We have lost a big one. Rest in peace Mike. 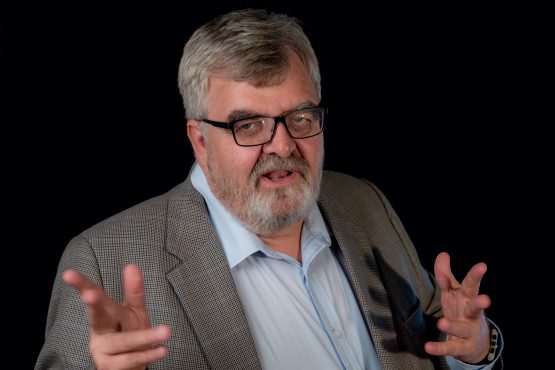 It is with immense sadness that we confirm that Mike Schussler, well-known economist and founder of economists.co.za died on Tuesday 24 May 2022 after a short, brave fight against cancer. He was 60 years old.

Mike’s colourful career spans over about 30 years, in which he has excelled in many different sectors of the economy. In his early years he worked at Transnet, the Treasury, FBC Bank, EW and SAA, it was here where he gained valuable experience and insight into the transport sector of the economy, which remained one of his niche focus areas throughout his career. His career developed towards consultancy in 2000 and in the eight years to 2008, Mike was the chief economic consultant to T-sec (previously known as Tradek.com). With this in-depth experience in the investment industry added, he founded his own independent consultancy economists.co.za in 2005.

His research also resulted in the development of unique indicators for the South African economy, which is one of his great legacies for the South African economic sector. In earlier years, he developed provincial economic barometers and more recently the BETI, the BankservAfrica Economic Transaction Index, the BPPI, the Private Pensions Index and the BTPI, the BankservAfrica Take-home Pay, which are released on a monthly basis and provides valuable timeous information on the state of the South African economy. There were also, among others, the CTrack Transport and Freight Index and the ADCORP staffing Index. Mike was also the consulting economist for Brenthurst Wealth Management and also consulted to MasterCard, the trade union Uasa, and SAFCOL, the forest company, which uses his input for arbitration, remuneration, inflation and pricing.

Mike won the South African Economist of the year competition twice, in 2005 and 2007, one of only three economists to have achieved this. His passion for the economy, his insightful analysis of current economic affairs, often with an unconventional angle (and sometimes controversial), will be greatly missed by his clients, his peers and the broader society, who had the privilege to read and hear his views in the media on a regular basis.

Mike left his wife Greta and son Rudi behind.

BankservAfrica: The loss of a Great Mind

“Mike Schüssler has been a partner and a friend to BankservAfrica for many years. On behalf of the team, I would like to send our deepest sympathies and sincere condolences on the passing of Mike. Our thoughts and prayers are with his family at this sad time. As an economist and as a citizen, he will be remembered for his selfless service of sharing information regularly and ensuring its relatedness for each and every South African. He will be sorely missed,” says Jan Pilbauer, CEO of BankservAfrica.

Mike will be remembered for his tremendous contributions to South Africa.

“Mike communicated complex economic concepts in a way that ordinary South Africans could understand – in that way, he brought economics to the dinner table and made us all feel more knowledgeable by demystifying economics for many of us. He was passionate about South Africa and created a niche with the development of the BankservAfrica economic indices. He left an indelible mark as an economist, and those of us who knew him and worked closely with him will feel his loss for years to come,” ends Shergeran Naidoo, BankservAfrica’s Head of Stakeholder Engagements.

His more recent presentations included the 19th Uasa SAER on the effects of the Covid-19 pandemic on the South African economy and jobs in 2020 and the 20th Uasa SAER, for which he researched and presented his views on South Africa’s unemployment crisis in a post-Covid world.

Schüssler founded Economists.co.za in 2005. According to its site, Schüssler was named South African Economist of the Year twice since 2005 and came 4th in 2010 in the Reuters economic competition.

On behalf of Uasa’s National Executive Committee, Uasa staff and our members, we express our heartfelt condolences to his family and loved ones. We hope and pray that they will receive all the support they need during this challenging time.

Rest in peace, Mike. The Uasa family will miss you.

It is with deep sadness that we at Sapoa learnt of the passing of Mike Schüssler, a renowned South African Economist.
His expert opinions and knowledge was most valued by the real estate industry.

Mike was appointed by Sapoa in 2021 to investigate the impact of the ongoing unsustainable property rates increases on the industry.

He, together with myself, was deeply engaged in this project until I was informed of his diagnoses in February.

Given that I myself had the same cancer as Mike, I chatted to him at length, but never did I imagine we would lose him.

He will be remembered for his great insights in the media, crunching financial data to inform ordinary people and as the people’s economist, which is truly who he was.

We extend our deepest condolences to the Schüssler family, friends and colleagues.

Tragic news !!
Rip and condolences to all !!!

Very sad news indeed.
I almost always liked his views, articles. Not one to desperately fit in.
Condolences to his family and friends.

What a sad day – Mike had an amazing mind and was always a really good human being. I am truly saddened by his passing and SA has lost a clear voice of reason and will be poorer for it. RIP my Old Friend

Mike was an encyclopedia of knowledge, knew the economy backwards and could quote you stats down to the sector and year. I agree with Ryk, stats were his thing. Always fun, always friendly. A true pro. RIP Mike.