Airline’s application to fly a triangular route between Atlanta, Joburg and Cape Town was made in May 2021. This is costing the province an estimated R420m a year.
By Ciaran Ryan 18 Mar 2022  00:07 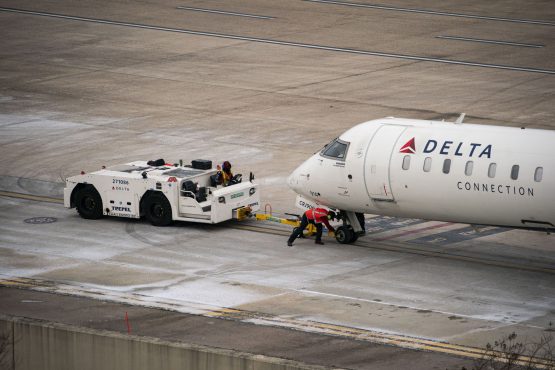 The US was the province’s largest export market in 2021 and has also become its biggest source of inbound tourism. Image: Al Drago/Bloomberg

The Western Cape has declared an inter-governmental dispute over the Department of Transport’s silence on a request for Delta Airlines to fly a triangular route from Atlanta in the US via Johannesburg and Cape Town.

Western Cape MEC for Finance and Economic Opportunities, David Maynier, says he is alarmed at the continued silence of Transport Minister Fikile Mbalula over the province’s request to urgently grant US airline Delta the right to fly a triangular route.

“As far back as May 2021, I wrote to the Minister, to request that Delta Air Lines’ application to operate a triangular route between Atlanta – Johannesburg – Cape Town, be processed urgently precisely because tourism is a significant contributor to job creation and economic growth in the Western Cape,” says Maynier in a statement.

Over a period of six months, no fewer than seven letters were sent to the minister over the Delta matter, with “no substantive response” received, adds Maynier.

An inter-governmental dispute was declared on November 25, 2021, to which the minister replied on February 21, 2022, asking for more time.

Maynier says he acceded to an additional 15 days, which expired at midnight on March 16.

An aviation analyst who asked not to be named says it remains unclear why the Department of Transport has not granted the Western Cape’s request to allow Delta a triangular route, which would allow it to offload and take on new passengers in both Joburg and Cape Town – known in the industry as co-terminalisation. The Department of Transport’s previously stated position is that airlines may not service two airport terminals on a single service.

“There is a clear policy to promote OR Tambo [International Airport] in Joburg as the preferred international hub in South Africa, and that’s what Cape Town is running into,” says the analyst.

“Unlike in other countries where individual airports are free to negotiate individual tariffs with airlines, all such negotiations in SA are taken care of by the regulator.

“The danger in taking a hardline stance with Delta is that international air travel rules are reciprocal. South African airlines flying abroad could find themselves being blocked from flying triangular routes in the US, for example.”

The US-SA bilateral agreement specifies the number of weekly services that may be operated between the two countries.

According to Aviation Week, there are only four unused weekly flights available to US carriers flying to SA.

Delta is hoping to take three of them for a service between Atlanta and Cape Town, though United accuses Delta’s plans for a three-times-weekly Atlanta-Cape Town service as “an afterthought” according to Aviation Weekly.

However, the US Department of Transportation would accept an immediate allocation of two weekly frequencies each to both United and Delta and so avoid undergoing a lengthy, contested department carrier selection process.

United returned to the African market in December 2019 after a three-year hiatus with a service between Newark (New York) and Cape Town, and added a Newark-Joburg route in June 2021.

“As well as seeking approval for the nonstop Atlanta-Cape Town route, the airline in 2020 and 2021 tried to launch an Atlanta-Johannesburg-Cape Town-Atlanta triangle service but failed to secure the green light from South Africa’s government,” says Aviation Weekly.

In its latest application for the ATL-CPT route, Delta says: “The proposed service will increase travel and trade opportunities, boost Atlanta and regional economies, create jobs, and provide benefits to travellers across the US. Delta’s superior operational reliability and customer service will benefit passengers who would make use of these proposed services.”

According to Wesgro, the Western Cape government’s marketing organisation, the estimated economic losses of this decision not to allow Delta a triangular route could total R420 million, made up of:

In addition, 160 local jobs would be lost for the Western Cape economy.

The request to grant the Delta application is given urgency by the growing trade and investment ties with the Western Cape.

The US ranked as the Western Cape’s largest export market in 2021, with an export value of around R17 billion that year (out of a provincial total of R167 billion) – 57.5% higher than 2020’s R10.8 billion. The US has also become the province’s largest source of inbound tourism.

For the past decade, the US was the largest investor in the Western Cape by capex, accounting for R2.9 billion and R4.4 billion in 2020 and 2021 respectively. This has resulted in the creation of thousands of job, training and skills development opportunities, and support for local communities through outreach and humanitarian programmes in the province, says Wesgro.

“I will continue to apply the necessary pressure to secure this triangular route, for the benefit of the tourism and hospitality sectors in the Western Cape and so that we can get up, get out, push forward and do even better in the Western Cape,” says Maynier.

Moneyweb reached out to the Department of Transport and the US Embassy in Pretoria, but had not received comment at the time of going to publication. This story will be updated as and when comment is received.

It is very clear that Mantashe has still not received his suitcase full of stuff — So you will have to wait until that is delivered then.

“Over a period of six months, no fewer than seven letters were sent to the minister over the Delta matter, with “no substantive response” received, adds Maynier.”

Simple explanation. The Minister has appointed a Task Team, that in turn has appointed three consultant firms, that have between them employed 60 overseas specialists – to read the letters out loud to the Minister. Also, he is not currently in his “fixing” mood. March is not a fixing month, it is a “let’s royally fcuk things up” month. Maybe better luck in April – it being the month of April Fool’s day and all.

There are no exceptions to this rule. I don’t know what this man has on our president that he is still in cabinet. The mind boggles.

Jip — he is a solid performer that you can bargain on for a result of total disaster!!! 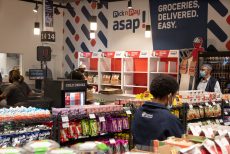