R500bn in unbudgeted expenditure will need to be financed somehow.
By Bryden Morton and Chris Blair 4 Jun 2020  10:01 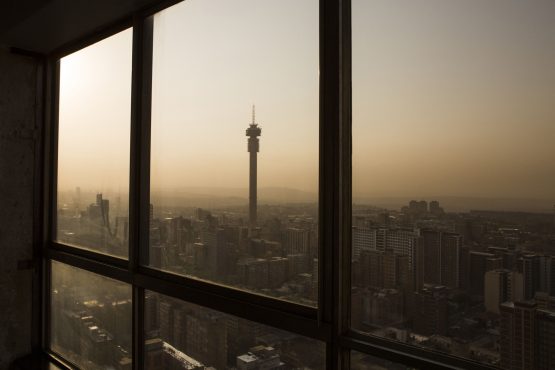 SA’s GDP decline is expected to be among the most pronounced in the world, while unemployment and the budget deficit are expected to reach record highs. Image: Guillem Sartorio, Bloomberg

The effects of Covid-19 have been wide reaching and felt by all South Africans. The impact of the lockdown has placed restrictions on our ability to socialise, work and move freely, among other things. This has changed life as we know it on multiple levels.

Government has responded in a strong, decisive manner underpinned by its number one strategy: to save lives. This response, initially received with almost unanimous praise, has become increasingly criticised by the public as the knock-on effects of lockdown become apparent.

A R500 billion recovery package has been tabled and presented by President Cyril Ramaphosa as a means to alleviate the deepest of hardships caused by locking down the economy. In isolation these decisions may appear to be suitable under the circumstances, however, the collective view strikes directly at the core of the problem:

How to respond to unlimited needs with limited resources?

The R500 billion in unbudgeted expenditure must be financed somehow. The economy is expected to contract by approximately 6%, and tax revenues are expected to be lower. The budget deficit was already expected to be 6.8% in 2020 according to February’s budget speech. Currently the International Monetary Fund (IMF) sees this figure increasing to 13.3% for 2020. This would be South Africa’s largest budget deficit ever. The current record budget deficit in South Africa is 11.6% in 1914.

Three key features that will define what the post-pandemic economy looks like are:

The lockdown has had a significant impact on the way businesses operate, bringing operations within some sectors of the economy to a halt. This has led to loss of revenue, jobs and productivity resulting in the expectation that the economy will experience a deeper recession than we are already in. The graph below illustrates the IMF’s expectation of GDP performance across a variety of global markets. Source: IMFCompared with other nations globally, South Africa’s GDP decline is among the deepest despite emerging economies expected to be less affected that advanced economies. China, ground zero for the Covid-19 pandemic, is expected to rebound and record 1.2% GDP growth in 2020.

The decline in GDP has further reaching implications for both unemployment and the budget deficit.

As economic production decreases, less financial value is created and fewer human resources are required. This puts pressure on employment within the economy. Businesses have already begun to implement pay reductions and lay off workers who are unable to operate or are not required during the current lockdown level. In the media the general consensus is that between three and seven million jobs may be lost depending on the severity of the impact of the economic lockdown.

The IMF forecasts that South Africa’s unemployment rate will rise to 35.3%.

This will be the highest unemployment rate of all countries that have submitted their unemployment statistics (a large number of emerging/developing economies have not submitted data).

South Africa’s economy was already in desperate need of employment and the expected reduction in jobs will be devastating to the economy and the social security system as the need for grants and other forms of aid rises.

The reduction in jobs has other far-reaching consequences such as reduced consumer demand, increased debt levels and fewer taxes (such as PAYE, corporate tax, Vat and sin taxes). Tax revenue was under pressure pre-lockdown and this pressure has been exacerbated by the reduced economic activity. The debt-to-GDP ratio is currently estimated as 65.6%, and with the IMF predicting a budget deficit of 13.3% of GDP this ratio will balloon at a rate far quicker than communicated in the February 2020 budget. Budget deficits are expected to be the norm globally this year, as shown below. The evidence indicates that a widespread global recession is expected, and South Africa is expected to be among the countries hit the hardest.

South Africa’s GDP decline is expected to be among the most pronounced, while unemployment and the budget deficit are expected to reach record highs. The only two ways to reduce the budget deficit is to increase tax revenue and/or reduce expenditure. Currently neither of these is possible, which will make the 2021 budget speech one of, if not the most, challenging South Africa has ever seen.

In the 2020 budget speech, the debt-to-GDP ratio was already a concern and the forecast record budget deficit will only add further credence to these concerns.

If South Africa hopes to avoid reaching these forecasts or even minimise their impact, the economy needs to open to near normal levels sooner rather than later.

The reality is that South Africa has neither the financial resources nor the luxury of a booming labour economy to allow for a protracted period of economic lockdown.

Consideration for human life is an admirable motivation for the implementation of the lockdown, but it should be balanced by minimising economic hardship.

People should still be able to attain Maslow’s lowest level of needs (physiological needs such as food, shelter and clothing). This for many South Africans is reliant on their ability to earn a monthly income.

The arguments for and against the lockdown both have their merits, but true leadership is required to find the sweet spot between the two that maximises health and safety while reducing economic hardship and loss of livelihoods.

Bryden Morton is executive director and Chris Blair is CEO at 21st Century.

A clear and concise summary of the financial implications of the covid epidemic. However, not much clarity on the possible effects that this will produce. This is because nobody has a clue what we are in for.
Wealth tax , pension fund expropriation, social unrest caused by hunger and disease fatigue, nightly curfews,
There are plenty of examples in south America which provide possible scenarios. You can’t have this level of expected unemployment without some serious social dislocation. I think we are in the calm before the storm. Best bet is to subscribe to the informal agencies that are feeding the poor, at least will help those in need in the short term.

We already experience more than 30 “service delivery protest” across the country daily. The level of destruction and anarchy is on par with what is happening in the USA at the moment. Our POPS riot control teams are better trained and more experienced than their American counterparts. There is this thin blue line between property rights, and salaried jobs on the one part of a town, and anarchy and plunder from the other part of that same town. The railway track is the dividing line between food security and social stability on one side and anarchy on the other side of that line.

One must question where the authors have been these past three months, and what could possibly have simmered in their heads, to hold onto this hope.

The corona selling was a master peace of a media instructed. Reporting a Titanic proportion disaster coming to you life. Thanks to fully awake worldwide governments disaster was averted thanks to instructions of the W.H.O. Having the script, how to, ready, thanks to their landlord Gates. Who in true fashion human modesty said, no trial run exercised. A small lie, giving huge returns in saved human lives. We own him to be vaccinated. His only request, from you, in return. To make his dream of more place, below the sun, come true. This time not based on skin color, but brains. The savior for all governments, facing problems, of the human kind.

Its actually quite easy to sort this out. We need say R750bn. R 250bn debt for equity swap for Eskom debt. The balance-PIC special bonds-state pensioners(through the PIC) can invest R500bn in low yield recovery bonds that pay SA gilt less 500bps per year with the 500bps decreasing by 25bps per year as a yield for 20 years.

Problem solved! A little haircut for State employees who were generally overpaid, underworked and employed due to their BEE credentials or connections in the ANC!

So the SA government has a nice low interest loan, Eskom saves over R20bn a year in interest and has a much strengthened balance sheet and the people who voted for the ANC make a little sacrifice for the Party and country!!

In order to prevent the impending doom we all anticipate we need to have qualified, honest, intelligent and hard working people of good character in charge of government. What are the chances?

More ANC madness is a given.

“What South Africans can expect in the post-pandemic economy” . . .

More of the same despotism:
* government-sanctioned theft of taxpayers’ money
* government losing more cases (with costs) which cost the taxpayer – not the cabinet ministers
* strengthened AA/EE/BBBEE to kiss up to the ANC’s dwindling voter base
* more tenderpreneurship
* more job for pals
* more money sent to Dubai for retirement
* more fraud
* even higher losses for SOEs
. . . and the list continually grows. But the pathetic sheeple continue to vote for these morons.

“Government has responded in a strong, decisive manner underpinned by its number one strategy: to save lives”

Initially on the first day….