Consumers could expect a pre-Christmas gift in the form of a petrol price drop Image: Bloomberg

Fuel prices could fall by as much as R2.13c a litre bringing the price down to under R15 per litre for the first time May and the lowest petrol prices since the fuel tax was increased in April.

While the slate was owed R2.2 billion by motorists and truckers, the fact that there was such a massive fall in the basic fuel price that the average over recovery and the slate levy would average over R2 per litre for petrol and about R1.65 for diesel, means that the slate levy shortfall has been wiped clean.

A simple back-of-the-matchbox calculation shows that 2 billion litres times R1.9c (average of petrol and diesel over recovery and slate levy payments) means that the R2.2 billion shortfall had R3.8 billion paid in. The slate should have a surplus of R1.6 billion by today. (I.e. the oil companies would owe the consumer a refund which by the rules they do not have to pay as this is kept in the slate for when prices rise again)

Clearly, a positive slate balance means that there would be no need to continue to charge the 21.92 cents slate levy per litre at present. So dropping the slate levy means that a bigger drop than the average over recovery thus far would be warranted.

The slate mechanism method, however, looks back two months at the balance of the slate levy as it would have been in October for the December fuel prices. But logic says that the huge over recovery has resulted in wiping out any monies owed.

Therefore, the Department of Energy can afford to drop the slate levy for December.

This would result in the largest drop in the history of the petrol price of R2.13. This would represent a decline of about 13% in petrol. It would save the average motorist R275 for the month of December a not small amount of disposable income (remember this is after taxes and other commitments it should allow for about an 8% change in spending.) Retail sales could increase by over R2 billion for example if the extra available income is spent there.

This would certainly help consumer confidence and business confidence. The current drop would boost retail sales in the most important part of the year for retailers and with Christmas also a time of goodwill one can ask taxis and the like to drop prices for people going on holiday.

Overall if the oil price stays around $60 for a year instead of $80 of a few months ago the current account deficit would drop by close to R40 billion! That could add 1% to GDP next year all other prices remaining the same.

The $60 per barrel oil for a year or longer is a strong possibility as US oil production is up 3 million barrels this year alone a fact I nearly missed in the OPEC artificial supply constraints. The US should by the start of 2020 become an oil exporter for the first time since 1949! Yes, the world biggest importer and user of crude oil is likely to actually export in a little over a year from now even if the price drops below $45 for Brent.

If the petrol price stays below R15 per litre for a few months the inflation rate should drop by 0.6% to 0,8% directly and another 0.1 to 0.2% indirectly so that inflation would drop below the midpoint of the inflation target of 4.5%. (Eskom price increases could wipe this out but nonetheless, by March 2019 this is a very strong likelihood.)

The drop in the inflation rate below the 4.5% target also opens hope for a rate decline which could also boost the economy even further.

The department of energy should give SA the full lower price reduction which would help the country add vooma to the economy so that we get the recovery right into next year. Nice article Mike, yes such a drop may well be what is needed to get the economy ball rolling again. But a word of caution, never use a matchbox when you do fuel calculations!

Great thought for the holiday season. But will our cash-strapped govt simply give us hard-pressed motorists the whole nine yards? I hope I’m wrong, but think that where there’s a chance to cash in, the ANC takes it. So wonder if we will get the full rebate? Time will tell.

with the corrupt, self enriching cadres in control I think you are right….we will not get a full rebate…it happened last month with plenty of stupid excuses.

They should keep prices where they are and funnel the excess to buying diesel for Eishkom so we can avoid load shedding….

Eskom load shedding is all artificially created. Possibly sabotage at Gahorra Basa Mozambique has resulted in 1000Mw less supply to our grid NOT the so called lack of maintenance. ENRON in the USA also manipulated energy or electricity prices for their own means. There is no real demand for electricity since so many large businesses went the SOLAR route. I dont believe any of this rubbish.

Now that is rubbish, most businesses went GRID-TIE solar, meaning they still need Eskom, they only supplement their load during the day when the sun is shining, installing a battery bank the size required for a large business is simply not feasible yet.

Solar has come a long way, but still a drop in the ocean compared to SA total power requirement.

PJJ…I agree and when load shedding started in the ANC era every business bought a generator thinking it will solve all problems….. it however caused more damage to electronics.

Until March when they increase the full levy by R2.

Wonderful news… but for the long term the only way to get off this roller coaster ride is to get the fundamentals right and get the rand back to R10/US$ or under!

We need a stronger currency, that will cure MANY ills in this economy!

As someone working for a company where 80% of our income comes from exports, if the Rand went to R10 now, we would take massive financial losses, if it did it very slowly and inflation went down accordingly with our input costs sure, but otherwise, for many business a too strong rand too quick would be a dagger straight to the heart.

OK take it easy with the maths. You know too many government officials can’t count 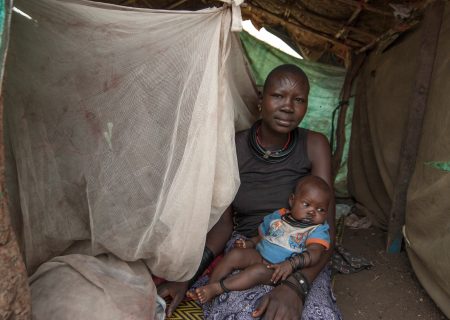