Will Eskom cut supply to your municipality? 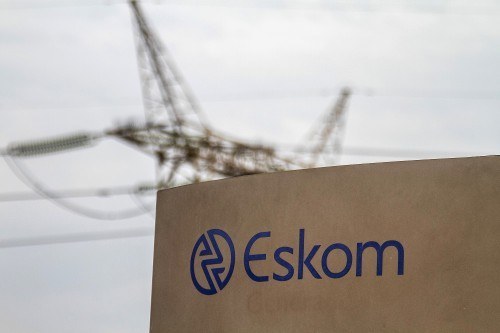 It started the formal process of informing all parties likely to be materially affected by the interruptions.

This follows National Treasury’s recent announcement that it is withholding money from 60 municipalities that persistently fail to pay Eskom and its other creditors on time. Treasury also stated its support for municipalities to disconnect electricity supply to government departments that are in arrears.

Eskom is increasingly struggling financially and is currently pulling all the levers in an effort to improve its liquidity and balance sheet. Government has indicated that it will not contribute beyond the R23 billion cash injection scheduled to be paid to Eskom during the current financial year.

Energy regulator Nersa has received an application for a retrospective adjustment of electricity tariffs for 2013/14 and Eskom is expected to submit its proposal for a selective re-opener of the tariff determination for the three years from April 1 2015 to March 31 2018 soon. In a submission to local government association Salga, Eskom said it will apply for a total tariff increase of 25.3% for 2015/16.

Eskom has in the past threatened to disconnect defaulting municipalities, but political intervention in most cases prevented this from happening, without solving the non-payment issue. It remains to be seen whether government’s new appreciation of the severity of Eskom’s predicament will result in support of the utility acting decisively.

Eskom in a statement recognised that “the disconnection of electricity supply may cause undue hardship to consumers and members of the community, and may adversely affect the delivery of other services. However,” it said, “customer disconnection is always the last resort explored.”

Eskom said a list of defaulting municipalities will be published per province by April 30 2015 in local provincial media channels. “Consumers within the jurisdiction of a defaulting municipality will be given adequate notice in terms of the Promotion of Administrative Justice Act, no 3 of 2000, and will be given the opportunity to make written representations to Eskom.”

Eskom must cut these non paying entities off.
Rate payers (those who do pay) will then withhold their payment.
Councillors and other municipal staff will then not be paid,
This – and only this will then get the attention of the Municipalities – and the ANC.

Interesting that all the municipalities on the list are ANC controlled ones…..Wonder how the other municipalities in the other provinces are doing? They can start by cutting off all those direct customers of Eskom that are not paying, notably Soweto!

Eskom must cut off these municipalities.
Rate payers (those who do pay) will then stop paying for their services.
Municipal officials and other municipal staff will then not be paid.
This will get their attention – and that of the ANC as well.

I’ll bet that when they start cutting supplies the ANC will turn on itself and tell Eskom to reconnect.

They will never do it. Too scared. The masses will burn the towns, take over just like UCT take over, break it down.

They won’t cut them off. No way cut off the cadres? If they could cut off the white non payers they would.

For some considerable time paying residents in a number of rural towns have, through their local ratepayer associations, tried to arrange payment for electricity direct to Eskom. RA associations in those areas knew their money was being mismanaged and that both electricity and water payments were in arrears. By the way pwgg is 100% correct. In April last year a service delivery demonstration in Bloemhof turned violent and after burning down various buildings in their township the mob turned on the town with the intent to loot and burn. It was only th presence of a well armed and organised neighborhood watch that managed to contain the mob. It took a couple of days and most of the provincial riot police to finally bring the situation under control. In case anyone had not noticed the country is in a state of anarchy. If Eskom does cut off power it won’t be for long as the police are incapable of enforcing law and order, the fall-out will not be contained by our much weakened and often suspect police force. Eskom will be forced to back-down.

Anyone notice how none of these Municipalities are in the Western Cape?

What an extraordinary co-incidence!

It’s in the Northern Cape.

Will never happen, just posturing hoping to get some payment or intervention from treasury. Can you imagine the impact at the next local elections if they had to really cut them off ? The powers that be are facing the perfect storm and even if they had the ability to recognize the signs, they sure as hell do not have the support or ability to manage it. Time to check that your lifejacket still fits and prepare to get wet.

When you are cut-off, install a prepaid meter and buy directly from ESKOM. Let those ANC controller Municipalities run dry.