Vinpro hopes to have prohibition overturned ahead of the busy Valentine’s Day weekend.
By Suren Naidoo 28 Jan 2021  00:01 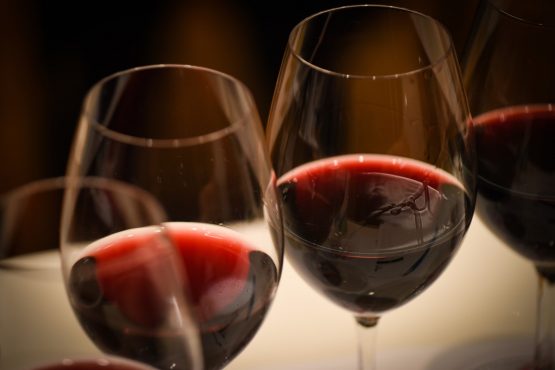 The organisation has called for ‘a more flexible, nimble approach’ to be adopted. Image: Bloomberg

The liquor ban “is no longer justified” in the country’s wine-making hub of the Western Cape due to Covid-19 numbers now “dropping fast”, according to wine industry body Vinpro.

In a statement issued on Wednesday, it reiterated calls for national government to lift the liquor ban, but this time it is asking for the ban to at least be overturned in the Western Cape.

The organisation confirmed that it has now taken the matter to the Western Cape High Court. It is expected to be heard on February 5.

Vinpro, which represents more than 2 500 South African wine producers, sellers and industry stakeholders, is the latest organisation to take government to court hoping to have the liquor ban overturned.

Just last week, the Beer Association of SA, Vinpro and the South African Liquor Brandowners Association (Salba) again warned that the latest alcohol ban would result in further job losses, the collapse of smaller players and billions of rands in lost tax revenue for government.

The associations have also asked government for another deferment of excise tax duty on alcohol to mitigate the impact on the sector.

“Vinpro is relieved that the numbers of new infections, active cases and hospital admissions are now dropping fast across the country, but particularly in the Western Cape,” the organisation said in its latest statement.

“In these circumstances, the liquor ban is simply no longer justified in the Western Cape.

Vinpro pointed out that the wine sector is one of the oldest agricultural industries in the country, supports the livelihoods of 269 000 employees, generates R55 billion in revenue for the economy, and builds a strong brand reputation as a unique asset for the country. Vineyards in Stellenbosch in the Western Cape, SA’s hub province for the wine-making industry. Image: Shutterstock

“During the past year our industry has worked tirelessly to be part of the solution when our country found itself in the grip of the deadly Covid-19 pandemic. This included collaborating with government and proactively implementing preventative measures from farm to retail to safeguard the lives and livelihoods of the people working throughout our value-chain and the broader community,” it said.

“Despite continuous engagement with government to curb the spread of the virus through the implementation of a risk-adjusted approach to reopening the economy and addressing the social ills of alcohol abuse through a social compact, our proposals were not taken into account when the third ban was introduced on 28 December 2020,” it added.

Vinpro bemoaned the lack of transparency in justifying the continued alcohol ban, noting that government has not given any explanation or clarity on the timeline for a review of the ban.

“This makes planning and contingency plans impossible,” it said.

The organisation noted that the wine industry also strongly relies on tourism and hospitality, and “now finds itself in a dire position” after bans of 19 weeks since March 2020.

“This resulted in a loss of more than R8 billion in direct sales and the possible closure of cellars and producers, threatening 27 000 jobs and putting the most vulnerable in our communities in a poverty trap which will have far reaching socio-economic outcomes that will place an even greater strain on our healthcare system,” Vinpro said.

“With the 2021 harvest commencing this week, the industry now has more than 640 million litres of stock of which 300 million is uncontracted,” it warned.

“This poses a material risk of insufficient processing and storage capacity for the new harvest and threatens the sustainability of the wine industry.”

Vinpro said it shares government’s concern over the devastating effect of the Covid-19 pandemic and supports meaningful measures to flatten the curve, however, it does not support the continued outright ban on the sale of wine while alternative interventions are available to mitigate risks.

“Faced with the devastating impact that the third ban has had on the wine industry, Vinpro was left with no choice but to approach the high court,” it said.

“Vinpro is not saying a liquor ban may not be justified when hospitals and particularly trauma units are under pressure.

“However, we believe that not only has the wrong level of government been dealing with the retail sale of liquor during the national state of disaster, but government has used and maintained nationwide bans which are overbroad, unnecessary, unjustified and, indeed, counter-productive,” the organisation added.

Vinpro has called for “a more flexible, nimble approach” based on credible empirical data when dealing with the pandemic.

“Provincial executive[s] should be empowered to deal with the retail sale of liquor for the rest of the pandemic, because provincial authorities are normally responsible for regulating the sale of liquor and [are] in charge of healthcare and provincial hospitals ….

“They are better equipped to manage the delicate balance between lives and livelihoods.”

It added: “Although the liquor ban is intended to ensure that hospitals have the capacity to treat those who become ill, the pandemic affects provinces differently at any given point in time and capacity requirements in hospitals will therefore differ across the country.”

Read: Level 3 restrictions will cost one in 12 South Africans their jobs

“Despite this, government has never differentiated between provinces when it comes to implementing or lifting of the liquor ban. Instead, a nationwide ban has been imposed and then again lifted, without regard for the circumstances in individual provinces,” Vinpro added.

“Urgent interim relief will be sought [in the high court] which would afford the premier of the Western Cape the power to adopt deviations to enable off- and on-consumption sale of liquor in the province.

“Ultimately similar relief will be sought in respect of other provinces.”

I hope they lift the ban. The papsak brigade will be very happy.

The tourism trade in the Western Cape is reliant on our beautiful wine estates. How can these idiots be so short sighted? Maybe they just hate us because we prefer the DA to th ANC…

This is quite simple to explain. The majority of wine farms are not BEE compliant in ownership. Once these farms are in distress, the government will graciously purchase them at knock down prices, alternatively BEE buyers subsidised by government will snap these up. It’s social engineering on a large scale that makes me sick.

All part of boiling the frogs strategy! Pauperize the opposition to have central control. Common ANC policy. Flee this place if you can!

The industry is bleeding and pretty soon thousands will be jobless

CR has acknowledged receipt of the industries request to lift the ban, whilst NDZ calls the shots in the back room

Yet, despite thousands being left destitute, the ANC recently announced a Rbillion fund to help fund blacks only to set up business in the hospitality industry, an industry near collapse

It’s like building a 7 star hotel in the middle of the Sahara Dessert, senseless

Their inability to think boggles the mind. On the one hand they’re destroying black jobs, on the other hand buying votes with our Taxes without a care in the world

They should have gone to court with SAB. Many of these organisations distanced themselves from SAB when they went to court. This ban shouldn’t have happened in the first place.