So it can return Unit 2 at Koeberg back to the power grid by June 2022, avoiding the risk of jeopardising electricity supply in the high-demand winter months.
By Akhona Matshoba 4 Mar 2022  18:40 Unit 2 at the Koeberg nuclear power plant in the Western Cape went offline almost two months ago for maintenance and upgrades. Image: Bloomberg

Winter is coming. And an anxious Eskom has opted to defer steam generator replacement (SGR) work on its three generators at Koeberg Unit 2 to the next planned outage cycle in August 2023.

This is to avoid impacting South Africa’s electricity supply (essentially trying to stave off load shedding) during the high-demand winter season, Eskom confirmed in a media briefing on Friday afternoon.

Unit 2 at the nuclear power plant went offline almost two months ago, raising worries that if it remained offline for an extended period of time (beyond June 2022), the country could face load shedding in the winter months.

In the briefing, Eskom noted that it – together with main contractor Framotome – assessed whether the SGR work that still needed to be done would be completed by the preset due date of June 2022. After the review, it was concluded that there is a high likelihood that continuing with the work would result in the unit being returned to the grid later than initially planned.

“We have now decided to shift this project – of the replacement of these steam generators – to round about August next year,” Eskom’s chief operating officer Jan Oberholzer said at the briefing.

“This is going to avoid the risk of impacting electricity supply during the high demand winter period, which will start relatively soon, in about end of April and May,” added Oberholzer.

At the time Eskom noted that the outage was also intended to replace the reactor pressure vessel head, which houses the nuclear fuel while the station is in operation. The outage was scheduled to take five months.

Oberholzer added that returning the generating unit to the grid within schedule but without conducting the SGR work will not impact the safe operation of Koeberg Unit 2.

“This deferral does not impact the safe operation of Koeberg, and also it does not currently have a negative impact on the life extension for Koeberg,” he stressed.

Apart from the delay to SGR work, Eskom said it has to date successfully unloaded the fuel and that most of the work meant to take place during this time of the outage has progressed in line with the outage programme.

Eskom’s chief nuclear officer Riedewaan Barkadien said the utility is still to assess the cost implications of deferring SRG work to next year, adding that Eskom still needs to engage with contractors to get a better understanding of this.

Who is to blame?

Eskom said although it is still looking into how the utility got to this point, it believes this may just be a case of biting off more than the utility can chew.

“We have been put at ease as the leadership that everything was in hand and unfortunately it turned out to be more challenging than what perhaps the team experienced and foreseen at the time,” Oberholzer conceded.

However, he said that should the need arise, it is prepared to undergo consequence management.

“If consequence management is required, that will be implemented.”

“We fully understand the impact of the decision to delay the steam generator replacement and we will analyse that in quite some detail going forward,” Oberholzer noted.

Despite the delay to some maintenance aspects of Koeberg Unit 2, Koeberg Unit 1’s outage, which is planned to take place later this year, remains on track and undisturbed by the announced deferment.

Koeberg Unit 1 will also see the replacement of its three steam generators.

“In terms of Unit 1, that will proceed and that is planned for the end of this calendar year,” said Oberholzer.

Does refueling take 5 months? and it happens every 18 months (next one August 2023)? 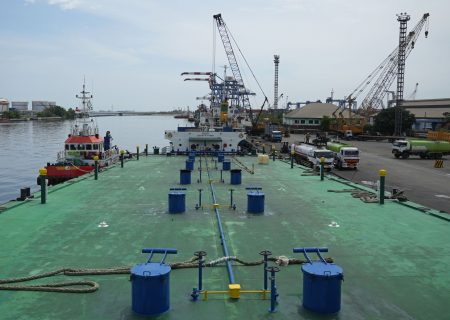