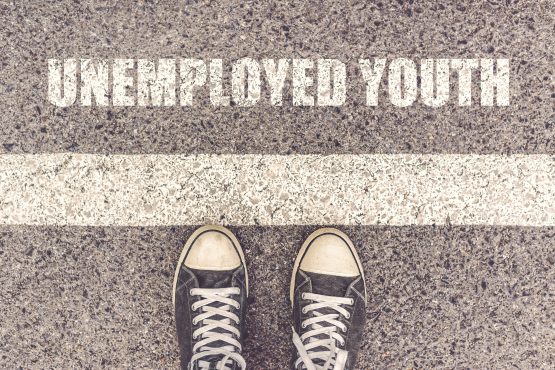 Helping and encouraging those who want to create their own wealth is one way to give oxygen to the economy. Image: Shutterstock

With the unemployment rate at an all-time high and much of it concentrated among the youth, entrepreneurship skills have never been more critical.

South Africa recorded an unemployment rate of 32.5% in Q4 2020, the highest rate recorded since the start of the Quarterly Labour Force Survey (QLFS) in 2008 (according to Stats SA).

It is these shocking levels of unemployment and lack of job opportunities that have led to the creation of initiatives like the SME Toolkit Business/Partners Business Plan Competition for Aspiring Young Entrepreneurs, where youngsters are given the opportunity to venture into entrepreneurship and create their own wealth.

Read: Need-to-knows for a start-up

David Morobe, executive general manager at Business Partners, says that at the heart of the competition is the development of an inclusive economy where youngsters are taught how to start their own businesses via various workshops.

“We think that one of the shortest ways of realising that inclusive economy is by encouraging, assisting and inspiring particularly our young people to be more entrepreneurial and start their own businesses,” he said.

Tshifhiwa Munzhelele, a UCT BCom accounting graduate, won the 2020/21 Business Plan Competition for his concept of a tutoring application. Munzhelele and his business partners identified a gap in the tutoring market to improve the quality of education in South Africa.

He says the concept was birthed through his experience as a tutor, which consumed his time as he needed to travel to the tutee for sessions. Munzhelele and his partners intend to bridge this gap by introducing a tutoring app called Tutling that seeks to meet the academic needs of students.

However, given the need for capital, Munzhelele says this is a concept they “have been building for the past two years”.

Munzhelele won R30 000 in seed capital for the business, and will also be receiving a mentorship voucher to the value of R30 000.

“As it stands, now that we [have] got a little bit of cash injection, it’s accelerating a few aspects such that we will be able to launch sooner than we had anticipated. I could say the app is 90% done,” he says.

South Africa needs interventions in terms of government policies and initiatives, market openness, intense entrepreneurship education and training to unlock and engage with the opportunities offered by the Fourth Industrial Revolution (4IR). This is according to a Global Entrepreneurship Monitor South Africa report published by the University of Stellenbosch Business School in June 2020.

Munzhelele is of the firm belief that many young people need to consider entrepreneurship purely because of the existing issues the country is facing, and that coming up with solutions and commercialising them will help solve these issues.

“My advice to someone who wants to start is – just start,” he says.

“There is no other right time to start than now.”

I am not so sure how the current mop of Uni/Youth delinquents currently burning down their very own tertiary institutions are going to grasp this concept of working for your own means.
I mean the EFF/ANC RET factions want “them” to get EVERYTHING for free by taking away from the currently employed and value adding citizens to give to the not so productive or competent.
The one good thing is that in years to come these self same miscreants are going to have to ALSO pay taxes towards the next wave of leaches looking to attach to the Free Wave……go figure.

Just do it. Said someone.

Bet most of them couldn’t even spell it?

This nugget of wisdom was given to our class in 1997 by our lecturer. I attended a small business management night class (after having spent a full day at the office) which eventually assisted in paving the way for my future. One reaps what one sows.