Zondo to apply for the former president to be held in contempt of court.
By S'thembile Cele, Bloomberg 15 Feb 2021  14:54 The head of a South African judicial inquiry into state corruption said he would apply for former President Jacob Zuma to be held in contempt of court for ignoring a summons to testify, and for him to be jailed if he’s found guilty.

Ignoring a summons “is very serious because if it is allowed to prevail, there will be lawlessness and chaos in the courts,” Deputy Chief Judge Raymond Zondo said Monday after Zuma failed to appear at a hearing of the so-called state capture commission in Johannesburg. “The commission will approach the Constitutional Court and ask it to impose a term of imprisonment if it finds he is guilty of contempt.”

[BREAKING NEWS] Deputy Chief Justice Raymond Zondo says the commission will ask the Constitutional Court to impose a term of imprisonment for Former President #JacobZuma if convicted of being in contempt of court.

For more on this watch #Newzroom405. pic.twitter.com/sEB9hUGFl4

Zuma’s refusal to attend the hearing is his latest attempt to subvert the authority of his successor, Cyril Ramaphosa, whose efforts to stem graft have been undermined by a faction within the ruling African National Congress headed by officials aligned with the ex-president. While the authorities need to show commitment to upholding the rule of law, arresting Zuma risks widening rifts within the ANC and stoking unrest in his home province of KwaZulu-Natal, where he retains strong support.

Zuma, 78, was scheduled to testify on Monday after the Constitutional Court ruled on Jan. 28 that he must appear before Zondo’s panel. Zuma said he’d had a close personal relationship with the judge, and filed a separate lawsuit seeking to force Zondo to recuse himself on the grounds that he was biased.

Zuma “is not entitled to refuse to appear before the commission,” Zondo said. “We should all be subject to the same rules.”

The government has estimated more than 500 billion rand ($34 billion) was stolen from state coffers during Zuma’s nine-year rule, and at least 40 witnesses who’ve appeared before Zondo over the past three years have implicated the ex-president in aiding and abetting the looting spree.

Zuma, who the ANC forced to quit in 2018 to stem a loss of electoral support, has denied wrongdoing and says the allegations against him are part of a smear campaign.

“The commission has now been deprived of the opportunity to question the former president,” Paul Pretorius, the head of the commission’s legal team, said at Monday’s hearing. “His evidence is obviously relevant to the commission’s work.”

The Zondo commission is an advertisement for what you can get away with as a loyal, disciplined member of the ruling party.

“Ignoring a summons “is very serious””.

Well obviously not serious enough as absolutely NOTHING was done in his 9 year rule, thus effectively condoning this type of behaviour.

It is time to put on the orange overalls

The ANC caders can ill afford him spilling the beans

Imagine the entire cabal summoned to appear before Zondo? No more Government

He has dirt on his comrades and they know it

If one falls, we all fall

“One for all, and all for one”

If he feels that he has done nothing wrong then why does he not defend himself in court? should be easy?

Because Zuma knows very well that he is as guilty as sin.

Has any group of investors been established to sue Mr. Zuma for all investment loses suffered on the 15t of December 2015 when the minister of Finance was replaced?

The cadres are having their “time to eat” – this group may have been be stopped but the next group is as busy (just smarter and with better PR under Ramaphosa) and then the next group will take over etc etc. One day the white planes from the UN will be bringing food in and cattle will be herded in the V&A Waterfront and Sandton City. Africa always returns to the mean. When you move from colonial to post colonial (as a function of proto-Marxism), then that atrophy is as certain as any scientific formula. Prepare accordingly

JZ sent his lawyers to the Zondo commission to delay and aggravate the whole process, while he is left to his own devices. Now Zondo is interfering with his free time so he is throwing a tantrum. The ANC cardres figured out long ago that justice delayed is justice denied. If you can’t capture, just make it inefficient. 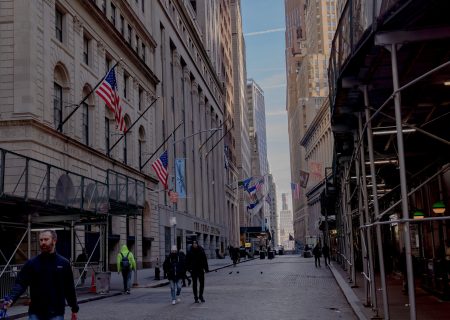