Zuma could be charged with contempt 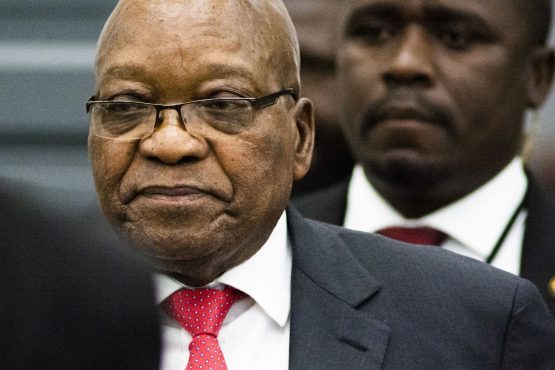 Former president Jacob Zuma could soon be in jail for contempt after not appearing at the Judicial Commission of Inquiry into Allegations of State Capture on Monday.

Zuma’s non-appearance at the commission, chaired by Deputy Chief Justice Raymond Zondo, followed a January 26 Constitutional Court order that he must appear.

The ruling came after Zuma left the inquiry in November without permission from Zondo – the commission responded by applying to the court for an order that would compel Zuma to comply with the commission’s summons to give evidence.

Zuma’s latest non-appearance has led to the commission again applying to the Constitutional Court, this time for an order that the former president be found in contempt – an offence he could be fined or jailed for.

Zondo said the consequences of not having Zuma appear could be far-reaching as other witnesses could also refuse to appear, not only at the commission but also in the courts.

“If it is allowed to prevail there could be lawlessness and chaos in the courts.”

The impasse over whether Zuma should appear centres on his alleged relationship with Zondo.

Zuma maintains they are friends and that as commission chair Zondo is conflicted.

Zondo maintains that the two hardly know each other and that there is no conflict to speak of.

All of this led to Zuma’s lawyers sending a letter to the commission, saying that Zuma would only appear once Zondo had recused himself.

Speaking on Monday afternoon, Zondo said that if Zuma and his lawyers had wanted to oppose the commission’s application that he be compelled to give evidence, they had the chance to bring up the matter of recusal then – but chose not to.

Zondo went on to say that witnesses could not give abridged evidence once they have already appeared.

He further said that there is a mistaken belief on the part of Zuma’s lawyers that witnesses have the right not to incriminate themselves and can thus refuse to answer questions.

He said this is not true as the commission is not a court of law, where accused have such rights.

“No witness has the right to remain silent once they take the witness stand [at the commission].”

No right to stay silent

Zondo said that if Zuma’s lawyers felt he had the right not to incriminate himself, they could also have brought this matter before the Constitutional Court – but chose not to.

By ordering him to appear at the commission, Zondo said the Constitutional Court “had not taken any rights away” from Zuma because he had no right to remain silent to begin with.

Zondo said he had asked the court to charge Zuma with contempt with a heavy heart.

Is Mr. Zuma above the law? if so then he can also walk into any bank and demand millions in a “handbag” and walk off?

Is the country run by Mr. Zuma or is it the legal system?

Interesting how MW is selective with posts allowed

All i said was they all have dirt on one another and that Zuma, not of his own accord, but the brethren’s, was told not to appear

“One for all and all for one”

Hahaaa. Agreed. Happens to me too.

I cant say what I think. I must think what I say.

Now you probably have a good idea what I’ve said!!! and you will be right!!!

Happens all the time.

MW’s online editors have been ”captured’. They will happily publish insults from our esteemed politicians. This censorship is shameful.

But how will his 6 wives and 56 kids fit into the room on visiting day? So many questions

Turn Nkandla into a jail and lock it up – problem solved!

Go to jail. Go directly to jail, do not pass GO and do not collect 200 mielies!

He will never see the inside of a cell

How many thieving Comrades have..?

As it stands Mr SG could end up ruling the roost..Thats SA politics for you

Agree. ANC policy has been to take share of every BEE deal. So yes , they all in it.

50% of ANC voters, all the EFF supporters, the entire criminal underworld and every and ANC ward councillor still support Zuma, although everyone knows what he represents. It will be interesting to see how much support he has in the military and the police force when they come to arrest him at Nkandla where he is hiding behind the disgraceful MK hooligans.

Your position is very weak when your survival depends on a bunch of opportunistic beggars and hooligans in fake uniforms and Carl Niehaus.

All of the ANC are above the law. Tales of Zondo is a series designed to entertain the masses and flaunt the ANC invulnerability.

jacob zuma’s downfall will be his own arrogance. He is simply someone who undeservedly came into power and who does not understand the responsibility that comes with such power. How anyone ever thought that he could be a good leader boggles the mind. He is as out of depth and unfit for such a leadership role as much as ace mabashule is.

Agree and to answer you, I think the current regime took a teaching from the Bible regarding zupta- a living dog is better than a dead lion….

And if I don’t pay a parking ticket after a summons a warrant for my arrest is issued immediately and I get thrown in a police van at a road block.

But in fairness to Mr Zuma..he has outplayed Zondo and the CC and at this point he is clearly the winner. He will probably pay a R200 fine and continue laughing at the CC-he is many things ..but sure is not stupid.

Every criminal is a winner until he ends up in jail.

Sam, i think his strings are being pulled by the same crowd pulling CR’s

They’re all cooks (crooks) in the same kitchen and sadly though , the proverb “too many cooks (crooks) spoil the broth” doesn’t ring true in Africa, certainly not within the ANC

Yip, Zuma will get off with a fine and the looting will continue unabated

Legally a fine of R250 000 and then a daily accumulative R5000 per day for no show will change his mind.

No way, it will change his mind. He can just ignore the fine and the daily accumulation and live his life until he dies, then he owes nothing to nobody!

But taking him into custody and feeding him that prison soup with one bean in a drum the size of a barrel, and a bread slice you can see through, and a mattress the size of a sheet of newspaper, and no DSTV, stake, firepool, and grand-children…that will do it.

“…lawlessness and chaos in the courts”. That’s already happening and has been the case for the past ten and more years. The S.A. legal system is specially designed for the “scam artists”, especially those with political influence and wealth (acquired thru fraud/theft/corruption). All manner of loopholes exist in the legal system for exploitation by teams of lawyers, i.e. reviews, appeals, reconsiderations of reviews, reviews of appeals, appeals to higher authorities, representations, fake claims of judicial bias, spy tapes, fake medical conditions and medical certificates for parole, to name but a few!
Who can blame Zuma for exploiting all of these ducking and diving opportunities in the system.

He is playing for time whilst living his dream – a kraal with cattle, lots of wives, beer, people giving him respect, wealth, etc.

I would expect that Zuma is even more popular with the mobsters since the reigns were handed over and the new poster-board leadership has shown that is totally incapable of anything but ongoing underhanded deception.
Mobsters have ruled since the ludicrous constitution gave them a platform on a plate. This farce will never see anyone even prosecuted let alone tried. It is just another never endeing insult to all decent, law abiding South Africans.

The sheer effrontery of Zuma is stunning but at the same time so predictable.
Let the legal system take its course he has said many times and yet ……. not me.

The reason why he is always faced with ‘legal persecution’ is because he always
seems to be at the centre of impropriety. I will give him this, that his shamelessness
and arrogance are on a par with Donald Trump – actually same play book.

It is too much to expect a proper trial and appropriate consequences for Zuma
but I will settle for him suffering recurring public humiliation.

The shamelessness within the US is owned by the increasingly biased and dishonest media, otherwise it is politically bipartisan. Trump was an independent with massive popular support who carried the GOP and Republicans on his back so that he could have an administration.They stabbed him in the back non stop. Their elections have been a travesty that only the seriously afflicted beneficiaries would refute.

How long will it take for the CC to issue a judgment? A week, A month? A year?

How much more taxpayer funds must get wasted on this soap opera?

Nothing will happen to anyone, this is “a dog & pony show” at the tax payers expense, or like in the old days another “commissie van ondersoek”
all it did was sell newspapers and increased data consumption to read all the scandal, these people are laughing at its citizen’s they don’t care or ever will! 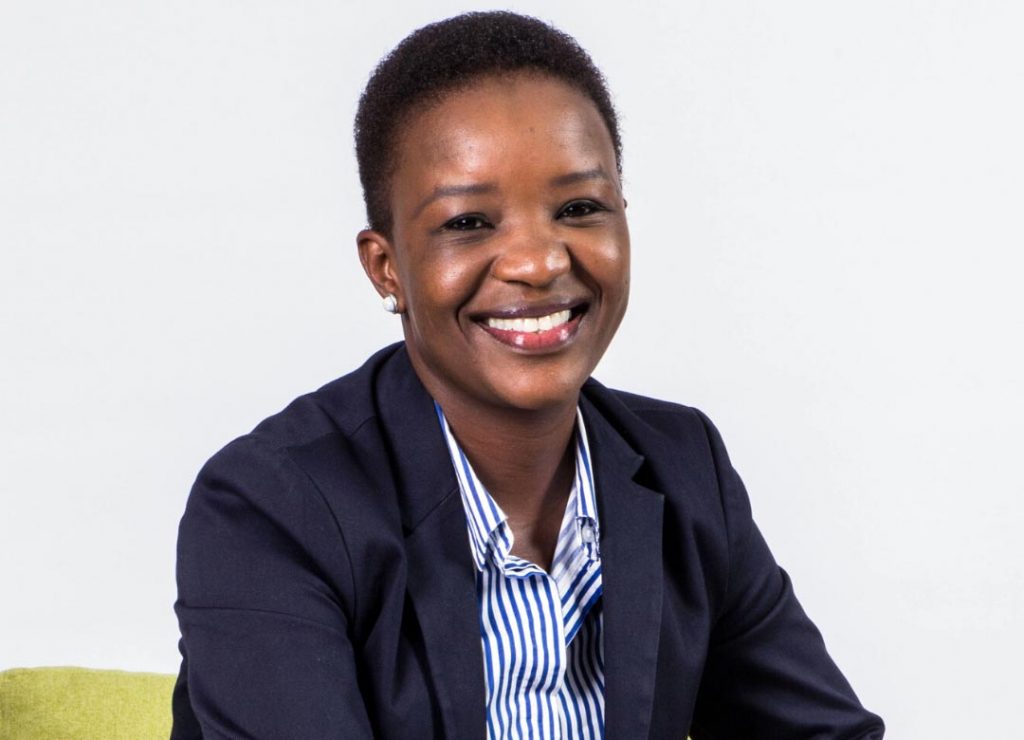 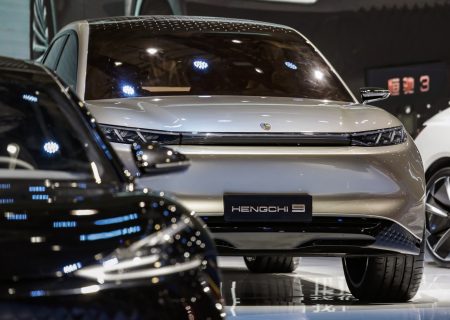