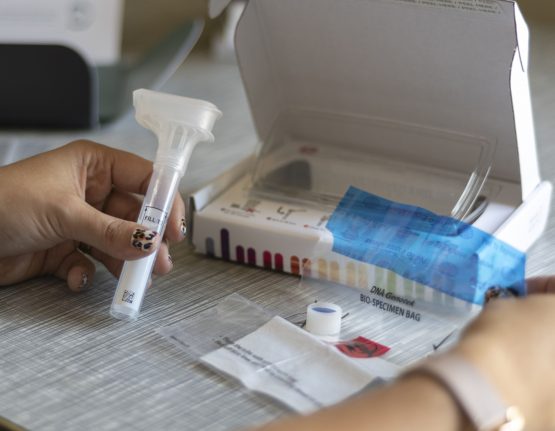 DNA-testing company 23andMe, which has doubled down on its effort to prove consumer genetics offers more than entertainment value, began publicly trading on Nasdaq Thursday under the ticker “ME.”

The stock rose less than 1% to $11.02 at the open of New York trading following a deal to merge with VG Acquisition Corp., a special-purpose acquisition company founded by billionaire Richard Branson. The agreement valued the company at $3.5 billion, with Chief Executive Officer Anne Wojcicki and Branson each investing $25 million.

Current shareholders of 23andMe will own 81% of the combined company, with the deal expected to close in the second quarter. The merger with Branson’s SPAC allows 23andMe to go public without the uncertainty of holding an initial public offering.

Co-founded in 2006 by Wojcicki to sell direct-to-consumer genetic testing kits, the company recently has been expanding its drive to turn its trove of data into therapeutics with more than 30 such programs underway. Last year, 23andMe licensed its first drug developed in-house to another company.

23andMe was launched with the aim of using genetics to kick start a personalized health-care revolution, with a $1,000 test that could alert customers to potential health risks. But it was forced to pull the product from market by the U.S. Food and Drug Administration. It pivoted to ancestry testing before re-launching a health-care test after gaining agency approval.

However, sales of genetic testing kits have slowed as early adopters have thinned out and consumers concerned over privacy have shied away. 23andMe cut jobs last year, as did rival Ancestry.com Inc. Ancestry also this year pulled its own health test from the market and cut more jobs.

Moving forward, 23andMe has a deal in place to collaborate on drug development with GlaxoSmithKline Plc, which took a $300 million stake in the company in 2018. And in October, it launched a subscription product that gives consumers more detailed information about their health.

The company has also sought to leverage its database to aid in the fight against the global pandemic, with a million-person study to look at how genomics and other factors contribute to how severely ill those who contract the virus become.