Remaining interest in Bytes UK to be distributed to Altron shareholders.
By Duncan McLeod 22 Oct 2020  09:21 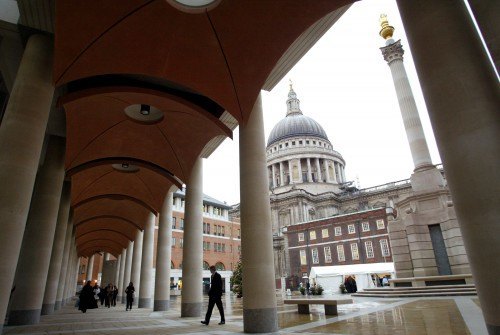 Altron has decided to move ahead with a planned listing of its Bytes UK subsidiary on the London Stock Exchange in an effort to unlock value for shareholders after it determined that the unit was not being ascribed its full value by investors.

The group has applied to list Bytes UK on the main market of the LSE and on the main board of the JSE via a secondary inward listing. Altron will distribute its remaining interest in Bytes UK to Altron shareholders.

The proposed listing will be done via a newly established holding company, Bytes Technology Group. Altron will sell Bytes UK to a wholly owned subsidiary of this new entity called Bytes Technology Holdco at market value (based on the offer price ultimately achieved). Altron (through its various subsidiaries) will receive interest-free, unsecured, redeemable, convertible loan notes issued by Bytes Technology Group plc in consideration for its shares in Bytes UK.

Altron will then distribute the convertible notes received to Altron shareholders, subject to the group and its subsidiary, Altron Finance, retaining some of these notes to cover costs, taxes and settle a portion of its loan obligations.

Finally, the listings on the LSE and JSE will proceed. Bytes Technology Group plc will use proceeds from the offer to redeem 100% of the convertible notes beneficially owned by Altron and Altron Finance and will redeem a minimum of 25% of the notes beneficially owned by Altron shareholders (excluding those retained by Altron and Altron Finance, plus a number of such notes, up to 100%, as are the subject of Altron ordinary shareholder elections for additional cash (in each case subject to investor demand in the offer). Each note that is redeemed will be done so for cash at the offer price. Remaining notes held by Altron ordinary shareholders will convert automatically into Bytes Technology Group plc shares.

If the proposed transaction proceeds, and if Altron and Bytes Technology Group plc agree to the terms and execute a share-purchase agreement for the disposal, Altron will release a “firm intention announcement”. The transaction must also still be approved by Altron shareholders at a general meeting.  — © 2020 NewsCentral Media