Amazon takes a swipe at Musk as satellite feud escalates

The cosmic carping between billionaires Jeff Bezos and Elon Musk is moving from the moon to low-earth orbit.
By Justin Bachman, Bloomberg 10 Sep 2021  07:50 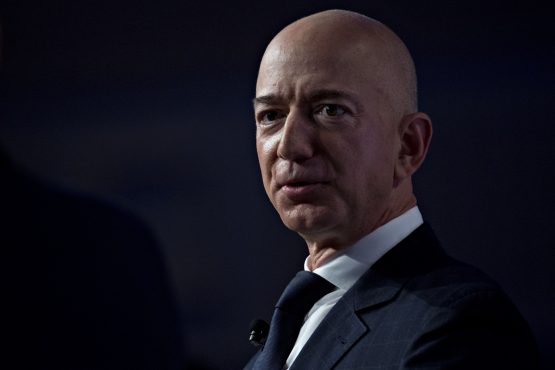 The cosmic carping between billionaires Jeff Bezos and Elon Musk is moving from the moon to low-earth orbit.

Amazon.com Inc.’s satellite subsidiary, Kuiper Systems LLC, filed a scathing comment with the Federal Communications Commission, accusing Musk and his companies of flouting regulations with a general attitude that “rules are for other people.”

Musk’s SpaceX and Bezos’s Kuiper Systems are before the FCC with rival satellite constellations in low-earth orbit to provide broadband internet access. The dispute mirrors similar sniping between SpaceX and Bezos’s Blue Origin LLC space company over a NASA contract to build and demonstrate a human lander system for a planned return to the moon.

The billionaires’ dispute grew more pointed Wednesday in Amazon.com’s letter to the FCC:

“Whether it is launching satellites with unlicensed antennas, launching rockets without approval, building an unapproved launch tower, or reopening a factory in violation of a shelter-in-place order, the conduct of SpaceX and other Musk-led companies makes their view plain: rules are for other people, and those who insist upon or even simply request compliance are deserving of derision and ad hominem attacks,” Kuiper attorney C. Andrew Keisner wrote “with a sigh,” responding to a SpaceX filing last week.

The broadside included prior actions by all of Musk’s primary businesses, SpaceX, Starlink and Tesla Inc. The references relate to rocket launches and launch-pad construction in South Texas; Starlink’s antenna designs; and Musk’s decision to reopen Tesla’s Fremont, California, assembly plant in May 2020, defying county health officials’ order to stay at home.

SpaceX responded that Amazon’s eight-page “diatribe” was “wholly irrelevant” to topics before the commission. The only issue is whether SpaceX has offered adequate information about a “minor” change in the application for its next Starlink satellite configuration, executive David Goldman wrote in a letter Thursday to the FCC. SpaceX is asking the agency to allow public comments on its system as a way to speed review of its application.

Bezos stepped down as Amazon.com’s chief executive officer in July but retains a role as executive chairman focused on new projects and initiatives.

In terms of the moon contretemps, Blue Origin filed an unsuccessful protest of the NASA-SpaceX contract, followed by an appeal last month in the Court of Federal Claims. NASA has suspended its work on the lander project as part of its Artemis program, which is unlikely to meet the agency’s 2024 deadline to return astronauts to the moon.

SpaceX’s Starlink unit has deployed more than 1 700 satellites to date in low-earth orbit, a number that could eventually top 30 000 if it receives the necessary regulatory approvals and market demand warrants. Last December, the FCC awarded SpaceX $886 million in US subsidies to support rural broadband expansion but has recently challenged some of the areas planned for Starlink service, including major airports and parking lots.

The Starlink service has customers in about 12 countries. Amazon.com hasn’t yet launched a satellite but has signed contracts for nine launches with United Launch Alliance, a joint venture of Boeing Co. and Lockheed Martin Corp.

In July, Blue Origin also swiped at Virgin Galactic Holdings Inc. and its billionaire founder Richard Branson, only days before he beat Bezos to space in a suborbital flight. Blue Origin argued that Virgin’s space-tourism vehicle didn’t fly above the “internationally recognised” Karman line space boundary at 100 km (62 miles) and that its cabin windows were smaller than Blue Origin’s New Shepard rocket.

It is so funny that Bezos is complaining that SpaceX is non competitive, that is because Blue Origin themselves have noting to compete against SpaceX. How can one claim SpaceX is unfairly being given contracts, when there is no other company in the space that is as cheap, innovative, and advanced as SpaceX.

If we have to wait for Blue Origin to catch up, space exploration will have to be put on hold for at least another 10 years.

There no way ever that Jeff Bezos will beat Elon Musk in the space race
or certain technologies like communication, satellites, hyperloop, battery technology or premium electric cars.

Amazon did a good job in the Retail sector and AWS and that was it.

Would love to hear what an amazing success you are if “retail and AWS” is a “that was it” kind of thing for you.