Apple is about to change computing – analyst 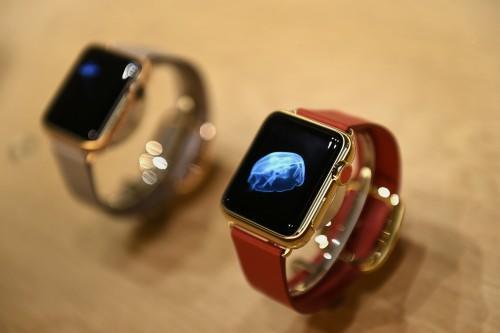 The first round of Apple Watch reviews came out yesterday, and the consensus seemed to be that while it was a very cool new gadget, it might not be a must- have, at least not yet.

But at least one analyst is making the case that the watch is a gamechanger. Apple has changed computing before, and they are about to do it again says Oppenheimer’s Andrew Uerkwitz, who called this an “inflection point” for computing.

“In 2007, the iPhone was the catalyst to turn computing not only mobile but also personal. We believe the Apple Watch will expand on the intimacy of hardware…We believe in the next five years, the Watch will revolutionize the way we interact with objects around us.”

Even if sales aren’t high initially, Uerkwitz he isn’t worried since it took several years for the iPod to “become a real hit.”

He also praised the interface, calling Apple’s superior to predecessors who have tried and failed.

“We expect the Watch to bring about major changes in the way we construct our own digital experience. Whereas smartphone will remain the center for computing, the Watch will emerge as the primary interface with connected devices…We’ve seen very few successful attempts at wearables so far. We believe the primary reason is user interface. We believe Apple excels at human interface designs and optimizing user experience.”

Oppenheimer reiterated its outperform rating on Apple and price target of $155. Apple is currently trading at $125, representing more than a 20% upside.