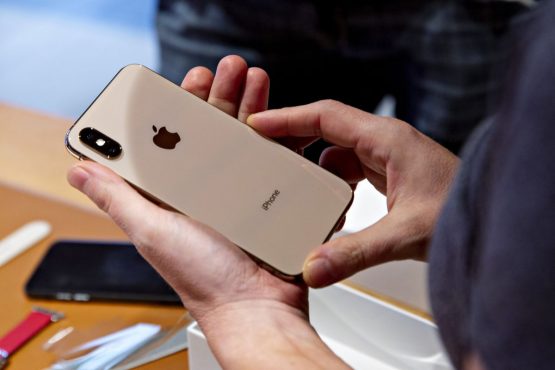 Apple has a lot to live up to with its earnings report coming on the heels of a rally that has added almost $300 billion of market value this year.

The shares are up 44% from a 21-month low touched in early January after worse-than-expected iPhone sales prompted the company to cut its fiscal first-quarter revenue forecast.

The rebound was partly driven by Apple’s new digital services. But Wall Street has grown increasingly skeptical of the gains. With only 22 of 46 analysts assigning buy ratings, the stock has the smallest%age of bullish recommendations in at least two years, according to data compiled by Bloomberg.

Here’s what to look for in Apple’s fiscal second-quarter report, due after the close of trading Tuesday.

Poor iPhone sales in China were a big reason Apple cut its forecast in January. Investors are keen to know if trends in that critical region have improved.

Apple’s iPhone sales are expected to total $30.5 billion in the fiscal second quarter, according to six estimates compiled by Bloomberg. That would be down about 19% from the same period last year.

“The big unknown remains China,” according to UBS analyst Timothy Arcuri. Given “low expectations,” Apple’s earnings report and forecast “should be fine,” he wrote in a research note.

With iPhone sales shrinking, investors have become increasingly fixated on services revenue, which continues to grow quickly. Wall Street is anticipating sales of $11.2 billion in the fiscal second quarter, up 22% from the same period last year, according to data compiled by Bloomberg.

Apple ended all litigation with Qualcomm in April and agreed to start using the chipmaker’s modems again, likely including important new 5G versions. That ended a bruising two-year battle over technology that underpins all smartphones. The deal also rekindled speculation about when Apple will introduce a 5G iPhone.

Investors will be looking for additional details about the settlement, and any hints about Apple’s 5G road map.

Apple has traditionally updated its capital-return plans with the fiscal second-quarter earnings report. This time, Apple could add as much as $100 billion to its share repurchase authorization and raise its dividend by as much as 16%, according to Loup Ventures’ Gene Munster.