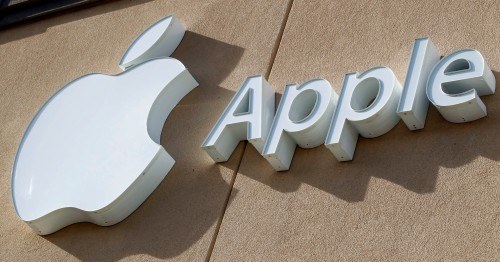 Apple posted a 33% jump in profit last quarter, fueled by strong demand for the iPhone and sales growth in China. The company also boosted its capital- return program by $70 billion.

Net income in the quarter that ended in March was $13.6 billion, or $2.33 a share, and revenue rose 27% to $58 billion, the Cupertino, California-based company said Monday in a statement. IPhone sales in greater China outpaced those in the US for the first time, helped by the Chinese New Year celebration, Apple said.

Booming demand for the larger-screened iPhone 6 and 6 Plus is putting Apple on pace for its highest annual profit since 2012 — a record — and the company also forecast sales in the current period that may exceed analysts’ estimates. That signals enduring demand for the iPhone and optimism for Apple Watch — the company’s first new gadget under Chief Executive Officer Tim Cook — which reached consumers last week.

“If it actually does come in with a strong March number that will make us say, ‘Hey, this does have more staying power, therefore I think there’s going to be less doubt, there’s more to proving that it’s working in China, proving that this has more sustainable momentum than other product cycles,” Alex Gauna, an analyst at JMP Securities LLC, said prior to the release.

Analysts on average had forecast second-quarter profit of $2.16 a share and sales of $56 billion, according to data compiled by Bloomberg. The company’s shares rose 1.5% in extended trading, after gaining 1.8% to $132.65 at the close in New York.

“The progress we’ve made in China has been remarkable and we continue to make incredible investments in China,” Chief Financial Officer Luca Maestri said in an interview. “The growth rate in China is significantly higher than most parts of the world.”

IPhone sales in the country probably won’t exceed those in the US every quarter, because of seasonality, he said, “but over the long arc of time you could certainly draw that conclusion.”

Apple forecast the momentum will continue in the third quarter, with revenue projected to rise to $46 billion to $48 billion from $37.4 billion a year ago. Gross margins will be 38.5% to 39.5%, compared with 39.4% a year earlier. Analysts on average had predicted revenue would rise 26% in the current period to $47 billion, with gross margin at 39.5%.

Renewed investor optimism for new products, including the Apple Watch, has helped boost shares to record levels this year. The company’s market value has surged to more than $772 billion, making it the world’s largest by that measure.

“The customer response for the Watch has been great,” Maestri said. “We are working very, very hard to catch up from a supply standpoint — keep in mind this is not only a new product but it’s an entirely new category.”

Apple is working to get its Watch supply and demand in balance by the end of the current quarter, he said.

Cash and marketable securities increased to $193.5 billion at the end of March, Apple said. That’s driving Apple’s increase to its capital return program, which now totals $200 billion. The plan unveiled Monday includes boosting its share-buyback authorization by $50 billion to $140 billion, and increasing the company’s dividend by 11%.

The company will pay a quarterly dividend of 52 cents a share on May 14 to shareholders of record at the close of business May 11. Apple returned more than $112 billion to investors from August 2012 to March 2015, the company said.

Apple has also raised the equivalent of more than $40 billion in debt in less than two years to help finance dividends and buybacks, letting it return more money to investors without incurring US taxes on foreign profits.

While Apple has been praised by activist shareholder Carl Icahn for returning cash, he’s been pushing for more. Icahn has argued that Apple is undervalued and should be trading at $203 a share, which would give the company a market capitalization of more than $1 trillion. His optimism for Apple is driven in part by his expectations for the larger-screened iPhone and new products, including the Watch.

Another bright spot for Apple was Mac unit sales, which rose 10% to 4.56 million, as new products have breathed life into the PC line. Analysts had predicted 4.7 million Mac unit sales.