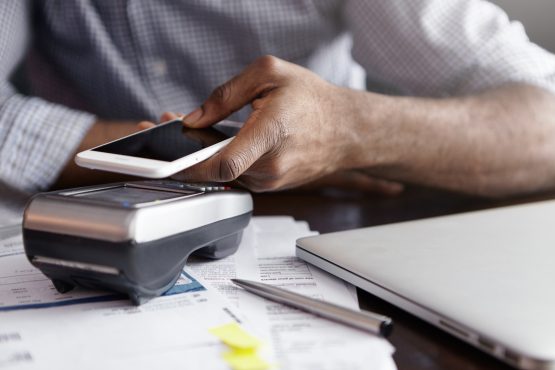 Like all businesses upended by the pandemic lockdowns, banks were forced to reorganise with little time. They managed to shutter large parts of their branch networks and to send most of their employees to work remotely. So far, the experiment has been largely free of glitches — and instructive.

By redeploying armies of staff, lenders were mostly able to adapt to the unprecedented surge in client inquiries that accompanied the rollout of emergency state-backed loans and mortgage holidays. On top of that, banks also got a glimpse of their digital future. Now comes the hard part: hanging on to the most useful changes as the lockdowns ease.

A survey of retail bank customers in France, Spain, Italy, Germany, Portugal and the UK, carried out by McKinsey & Co. in mid-April, shows that online bank use rose in all of the countries, from a 7% increase in Italy to 19% in Portugal, with a similar pattern in mobile access. More than one in five customers in Spain and Britain tried online banking for the first time. A shift to digital use of this magnitude would probably have taken at least a couple of years without the Covid-related branch closures, according to McKinsey.

Equally telling is how notes and coins were easily replaced. Though largely imposed by the need to prevent the coronavirus’s transmission, the trajectory toward more digital payments has been set. In a BCG survey of U.K. clients that captured activity during three weeks in April, 63% of respondents said they’d reduced their use of cash since the start of the crisis, while 43% sent more payments through social media messaging apps.

What’s more, one in five respondents plans to do less in branches or to stop using them altogether after the crisis. For the more affluent customers, dealings with relationship managers jumped almost threefold, according to the BCG study. Why go to a branch if you can get the same advice on a video chat from the comfort of your home?

For European lenders plagued by high expenses, declining revenue, an expected surge in pandemic-related credit losses and competition from fintech upstarts, the greater use of technology will be critical to controlling costs.

Under its Covid-19 recovery scenario, in which the euro zone’s gross domestic product would drop by 11% in 2020, McKinsey sees European banks suffering a bigger setback than in the aftermath of the financial and sovereign debt crises. Revenue may drop 40% once the cost of risk is included as loans sour. Banks may not return to their pre-pandemic revenue and profitability levels until 2024. Capital injections seem inevitable.

Although some parts of banking will be more resilient than others, and the severity of credit losses will determine banks’ individual strategies, the industry as a whole will need to cut expenses while maintaining investments in technology — not an easy task.

Banks might consider acquisitions as a quick way to add new apps and services. After all, fintechs are suddenly a lot cheaper as company valuations fall in the crisis. But integrating new technology platforms with older systems isn’t straightforward, and being able to keep the best tech talent isn’t a given.

Shrinking or reusing the banks’ branch networks are other obvious opportunities to lower costs and support investments. As much as 40% of lenders’ costs derive from the sale of products, which includes expenses related to branches, according to McKinsey. The industry has been cutting its brick and mortar presence — and related jobs — for years, but there’s plenty more to do. In Italy, France and Germany, bank branches on average offer services to fewer than 3 500 locals. That might not justify keeping those sites open, especially when you consider the average number of inhabitants per branch is three times higher in the Netherlands.

If banks can’t remove branches quickly because of political opposition, or leases delay closures, those spaces could be used differently. During the pandemic, local staff were redeployed to offer remote advice. In the future, the investment banker who’s no longer going into the city-centre skyscraper might use that suburban branch office instead. Banks have been experimenting for a while with different branch formats, from micro outlets to cafe-style venues.

The need for lenders to accelerate their adoption of technology is hardly new, but it’s even more pressing now. Banks should seize on what they’ve learned over these past few months.

….and one day the public just might wake up to crypto currencies that are in another league altogether.

Absolutely, a block chain backed non-usury system is the future of banking for the world.

why do you think it is the future?

Great, where do I get an overdraft ?

bottom line… the future is bleak for Banks.

I would argue the exact opposite, banks want people to use digital channels it will allow them to save greatly on the cost of keeping expensive branch infrastructures open.