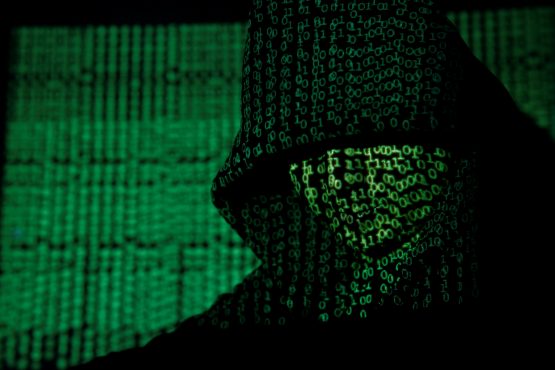 An unknown cryptocurrency trader turned $55 million of paper wealth into $283 million in just over a month.

The only clue about this person or persons, beyond a virtual wallet with the identification code 0x00A651D43B6e209F5Ada45A35F92EFC0De3A5184, surfaced on a June 11 Instagram posting, in Indonesian, in which he or she (or they) (or somebody posing as them) boasted about the 413% profit accumulated earlier this year from ether, the digital money of the Ethereum blockchain.

“I get many private messages asking how much ether I have,” the post read, alongside photos that purported to be the hardware powering a mining operation but looked lifted from another website. “One of the cool things about Ethereum is that all wallets around the world are transparent and open for everyone to see. And this is my wallet’s savings.”

Hidden identities are a popular feature of the twilight world of virtual money. Now that the total value of cryptocurrency, such as bitcoin and ether, soared June 6 to more than $100 billion, approaching the market value of McDonald’s, concerned regulators say it might be time to link wallet IDs with actual humans.

Secrecy persists from the days, earlier this decade, when Ross Ulbricht, going by the nom de guerre Dread Pirate Roberts, used bitcoin to launder money and traffic in narcotics, activities for which he started serving a life term at the Metropolitan Correctional Center in New York.

That’s not to say that 0x00A651D43B6e209F5Ada45A35F92EFC0De3A5184 or any other entities are doing anything illegal. But opacity may be worsening jagged price movements. The value of ether, for example, rose from about $8 a unit at the start of the year to crest at $400 in June before settling around $250 today. A lack of transparency could also be stifling the mainstreaming of online money, according to draft legislation issued by the European Parliament in March.

“The credibility of virtual currencies will not rise if they are used for criminal purposes,” the draft said. “In this context, anonymity will become more a hindrance than an asset for virtual currencies” and their potential future popularity.

Pseudonymity has always been a big part of the market’s allure. Upending traditional ways of doing business was the lodestar for Ethereum’s inventor, 23-year-old Vitalik Buterin. He released his software in 2015, not long after dropping out of Canada’s University of Waterloo.

“One of its more important features is that you don’t have identities tied to this,” said Spencer Bogart, head of research at venture firm Blockchain Capital. “This financial privacy is an important characteristic.”

Ether, the second-most-popular cryptocurrency after bitcoin, is used to pay for applications or programs that run on the Ethereum blockchain, a secured list of transactions that can be shared. That allows for the use of “smart contracts,” or pieces of computer code that make the terms of such agreements operate automatically. The blockchain has the potential to reshape business and finance by enabling immediate settlements of activities such as bank transfers and securities trades.

JPMorgan Chase, BP, Microsoft and ING Groep are among those experimenting with it.

The current value of all the ether held, $23 billion, means dozens of electronic wallets have accrued nine-figure positions. Many of them could be held by individuals, according to a Bloomberg analysis. Individuals can hold multiple wallets.

Novogratz, a former executive at Fortress Investment Group and Goldman Sachs Group Inc., has a long way to go, but he’s been a consistent booster. He said last month that he has 10% of his net worth invested in virtual money. That’s a stake worth at least $90 million, given a net worth calculated at $925 million, according to the Bloomberg Billionaires Index. Novogratz declined to comment.

Cryptocurrencies could become a $5 trillion industry, but they need to develop sound business principles to satisfy regulators and lend legitimacy, Novogratz said June 27 at a fintech conference in New York.

Lubin, the former chief operating officer for Ethereum Switzerland GmbH, which developed the software, could hold hundreds of millions of dollars worth of ether, several investors said. The Canadian entrepreneur didn’t respond to requests for comment on his holdings.

Buterin said in a Reddit post last month his ether holdings equal what would amount to about $117 million today, according to calculations by Bloomberg.

Like bitcoin, ether is struggling to overcome a reputation sullied by cyberattacks and technology bottlenecks. A flash crash last month saw the price of the cryptocurrency tumble to just 10 cents before rebounding to about $300.

“A lot of lessons will be learned,” said Peter Denious, head of global venture capital at Aberdeen Asset Management in Stamford, Connecticut. “A lot of money will be lost before a lot of money can be made.”