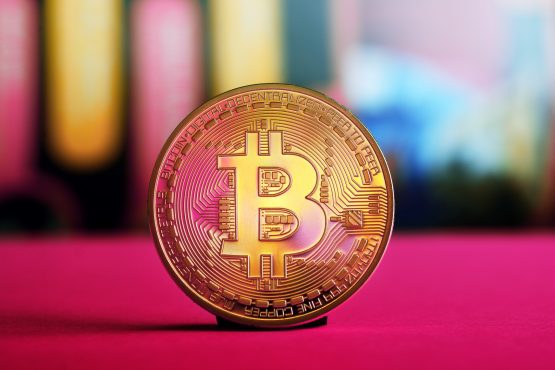 The initial price of bitcoin, set in 2010, was less than one cent. On November 29, it crossed $11 000. Once seen as the province of nerds, libertarians and drug dealers, bitcoin today is drawing millions of dollars from hedge funds. The recent price surge may be a bubble. Or it could be a belated recognition by the broader financial community that so-called cryptocurrencies — digital forms of money — are going mainstream. It might be time to nail down what a bitcoin is, and why its price has been going through the roof.

1. What exactly is bitcoin?

It’s a form of money that’s remarkable for what it’s not: It’s not currency you can hold in your hand. It’s not recognized by most Main Street stores. It’s not issued or backed by a national government. At their core, bitcoin and its imitators are sets of software protocols for generating digital tokens and for tracking transactions in a way that makes it hard to counterfeit or re-use tokens. A bitcoin has value only to the extent that its users agree that it does.

2. Where did the bitcoin system come from?

The original software was laid out in a white paper in 2008 by a person or group of people using the pseudonym Satoshi Nakamoto, whose identify remains unknown, despite several efforts to assign or claim credit. Online fantasy games had long used virtual currencies. The key idea behind bitcoin was the blockchain — a publicly visible, largely anonymous online ledger that records bitcoin transactions.

Think about what happens if you make an online transfer using a bank. It verifies that you have the funds, subtracts that amount from one spot in a giant database it maintains of accounts and balances, and credits it in another. You can see the result if you log on to your account but the transaction is under the bank’s control. You’re trusting the bank to remove the right amount of money, and the bank is also making sure you can’t spend that money again. The blockchain is a database that performs those tracking functions — but without the bank or any other central authority.

4. Who performs the bank function for bitcoin?

It’s done by consensus on a decentralized network. Bitcoin transactions can be made through sites offering electronic “wallets” that upload the data to the network. New transactions are bundled together into a batch and broadcast to the network for verification by so-called bitcoin miners.

Anybody, so long as you have really fast computers, a lot of electricity and a desire to solve puzzles. The transaction data in each batch is encrypted by a formula that can be unlocked only through trial-and-error guessing on a massive scale. The miners put large-scale computing power to work as they compete to be the first to solve it. If a miner’s answer is verified by others, the data is added to a linked chain of blocks of data and the miner is rewarded with newly issued bitcoin.

6. How does the system prevent cheating?

Because every block contains data linking to earlier blocks, an attempt to spend the same bitcoin twice would mean revising many links in the chain. Plus, as miners compete, they verify each other’s work each step of the way. Yes, back when its primary appeal was its relative anonymity. It was, and still is, used by websites peddling everything from arms to drugs to paid hits. One such $1.2 billion marketplace, Silk Road, was shut down by federal agents in 2013. But others soon took its place. Joseph Stiglitz, a Nobel laureate in economics, said recently that bitcoin “ought to be outlawed” because it’s designed to evade regulation and “doesn’t serve any socially useful function.”

Bitcoin’s reputation has improved, partly because there are fewer large-scale thefts like the one in 2014 in which bitcoins were stolen from a bitcoin exchange called Mt. Gox. (Security has improved, but it’s still an issue.) And many technology and financial firms grew interested in blockchain as an idea separate from bitcoin.

9. What is blockchain’s appeal?

Enthusiasts see it as a new way of doing all sorts of business. Costs could be lower without a central middleman doing the work of keeping track of transactions, and charging for it. Banks and stock exchanges have invested heavily in developing blockchain technology, while retailers like Wal-Mart Stores Inc. are experimenting with using blockchain for ensuring food safety. Central banks are even speculating about issuing blockchain-based official currencies. And other forms of blockchain emerged, often using their own cryptocurrencies to facilitate transactions. The most prominent is the etheriumblockchain, sometimes described as a platform for so-called smart contracts.

10. Why hasn’t the competition hurt bitcoin?

As the number of cryptocurrencies and tokens multiply — they now reach into the thousands — bitcoin remains the best-known, time-tested and valuable. That’s led to it being viewed by some as the most predictable venue for people wanting to bet on blockchain’s exponential growth.

11. What explains the surge in bitcoin’s price?

New investors, and expectations of many more to follow, has increased the price of a bitcoin about 11-fold so far this year. CME Group and other exchanges plan to offer bitcoin futures contracts, potentially expanding bitcoin’s appeal. The fact that bitcoin’s software guarantees that there will be a finite supply has added to the fear of missing out for some investors. Coinbase, a bitcoin exchange, was overwhelmed by two to three times its normal traffic on November 29, as new users signed up, making its service temporarily unavailable to some users. New crypto-focused hedge funds are opening up weekly, and already surpass 100. Most of them invest at least part of their funds in bitcoin.

Possibly. Some people, most notably JPMorgan Chase & Co Jamie Dimon, call bitcoin a “fraud.” Yet his own bank is considering offering bitcoin futures to clients. Fund manager Mike Novogratz calls cryptocurrencies “the biggest bubble of our lifetimes,” and yet he is starting a $500 million fund to invest in them. Depending on whom you talk to, bitcoin’s value could double again — or it could go down to zero.

There are a bunch of ways, all with different risks. People can buy the coins directly from exchanges like Coinbase. Accredited investors can also invest in vehicles like the Bitcoin Investment Trust, which tracks bitcoin’s price. Soon investors will be able to invest through their regular brokers in bitcoin futures, and possibly in bitcoin exchange-traded funds, once regulators feel comfortable with the idea. But be warned: Even plenty of people who believe in bitcoin’s future think some wild rides lie ahead. As if in proof, the November 29 surge to over $11 000 was followed by a 20% drop. And yes, you can bet on a crash.

For today, crypto-currencies simply flooded all the news online space! But is there anything else that can be compared to them in popularity? I think this is e-commerce! Really, so many people strive to get passive income with creating e-commerce marketplace. But only a few of them can reach really good results! Have you ever thought that the mistake can be at the start? It’s very common situation when people just can’t choose the right platform to build there your online marketplace. Roobykon Software team decided to make your success closer and created the new free online tool called Marketplace Comparison Tool. Read this article to find out more: https://roobykon.com/blog/posts/69-introducing-the-marketplace-comparison-tool