Retailer says customers can checkout by scanning a QR code using a bitcoin wallet app on the customer’s smartphone.
By Duncan McLeod 18 Sep 2017  11:56 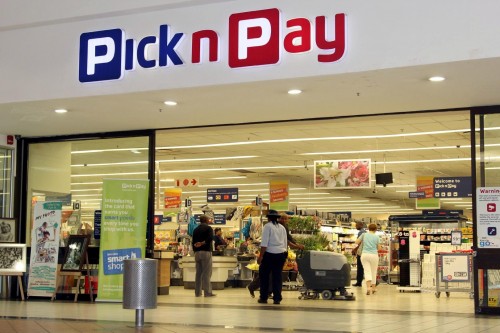 Pick n Pay has not said when or even if it plans to expand the pilot to other stores. Picture: Moneyweb

In what its backers are calling “potentially a world first for a major grocery retailer”, shoppers will for a “limited time” be able to pay for their groceries using bitcoin at a Pick n Pay retail store in Cape Town.

In a statement posted on its website, Cape Town-based specialist software payments development house Electrum, said customers at Pick n Pay’s campus store are now able to use the bitcoin cryptocurrency to purchase groceries and services.

“The checkout process is as simple as scanning a QR code using a bitcoin wallet app on the customer’s smartphone,” the statement said. See demonstration video from Electrum below.

It quoted the retailer’s information systems executive Jason Peisl as saying that although bitcoin and other cryptocurrencies are “still relatively new payment concepts”, Pick n Pay has been able to “effectively demonstrate how we are able to accept such alternative payments”.

Pick n Pay did not say when or even if it planned to expand the pilot to other stores.

Electrum provided the cloud-based enterprise payments platform used for the transactions, while the bitcoin infrastructure for the project was provided by Luno, a bitcoin company active in Southeast Asia and Africa, and with an office in Cape Town.

According to Electrum’s website, major major retailers and financial institutions use the company’s technology to accept payments, process loyalty transactions and provide value-added services. Its customers include two out of Africa’s top three retailers.

Surprised.. with all the volatility lately, one would expect them to be more risk averse.. PnP thinking they can make a killing out of Bitcoin? Would be interesting to see the business case supporting this move..

Until the government realises they can’t tax bitcoin revenue and then they regulate it to death or outright ban it. There are still many hurdles for bitcoin to overcome before it can gain the same status as fiat currency.

Fantastic. Nothing like a blockchain to control the creation of money. No more of this FIAT currency stuff.

Accepted at “A” Picknpay, not at Picknpay. Big difference. Even positive reporting on this industry is flawed. But yes, bullish.

Where is James Dimon?

He shops at Woolies

Is anyone actually using bitcoin to transact at the moment? Genuinely curious. I would imagine most holders of the currency wouldn’t want to part from their cryptos expecting higher valuation. Unless perhaps your crypto wallet only converts your base ZAR currency float at the time of sale when the bitcoin sale price is calculated?

Works in any store that accepts VISA. These cards are however just for the period before all stores start accepting crypto. There are better crypto to use to buy food than BTC fee’s are quite high at the moment while they develop lighting network.

When lighting network there will be instant transactions and almost no fee, this is the point where stores will start to really pay attention.

I had received my gift of Token crypto, for my online trading performances, i dont know if its possible to exchange it to my country currency, i need your help.