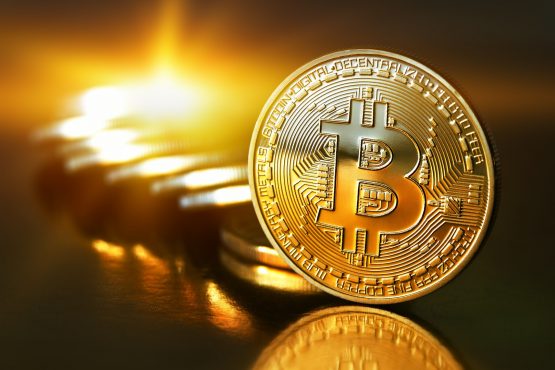 Ronnie Moas, who for the past 13 years has made more than 900 stock recommendations via his one-man show at Standpoint Research, is now venturing into cryptocurrencies.

Bitcoin will double to $5 000 next year, and reach $25 000 to $50 000 in the next decade, the Miami Beach, Florida-based Moas said in a note to clients Wednesday, where he also disclosed he bought “a little bit” of litecoin, bitcoin and ethereum in a Coinbase.com account. It’s a testament to the exuberance around bitcoin, ethereum and other blockchain assets that equity investors who hadn’t been involved in cryptocurrencies are now starting to analyse and make bets on the sector along with established bitcoin enthusiasts who see long-term gains, even if they say there might be a correction after the recent rally.

“There are only 21,000,000 bitcoins in circulation and the world will fight over those 21 million coins as confidence in currency and other investments deteriorates,” Moas wrote, referring to the algorithm that caps the amount of bitcoin that can be created. “I have little doubt that 1% of the money in cash, bonds, stocks and gold will end up in cryptocurrencies.”

Bitcoin has more than doubled this year to as high as $3,000 as adoption increased, more institutional investors backed blockchain technology and the second-biggest digital currency, ether, started to become popular in fundraising rounds for tech startups. Bitcoin slid to as low as $2,544.40 today from its high on June 12 on concern that digital currencies can’t reach wider acceptance fast enough and that their gains have been overdone.

Moas says he’s “only a bit concerned that there may be a near-term bubble,” but long term, there’s the potential to make triple-digit returns.

Moas recommends securing cryptocurrency positions through services like the one offered by Trezor.io and reminds clients his post is for informational purposes only and shouldn’t be viewed as investment advice or as a recommendation.