Buffett-backed BYD jumps ahead of Tesla in battery metal push 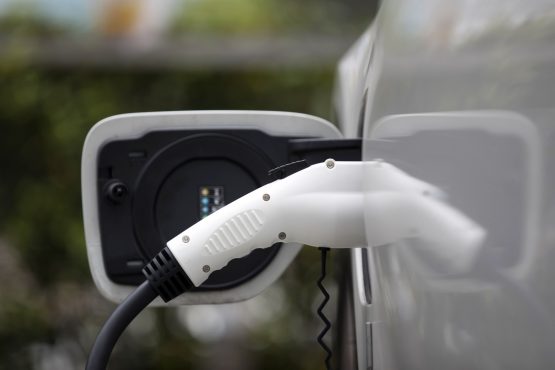 China’s BYD Co. is once again the largest shipper of electric vehicles in the world’s top market, after rivals including Tesla Inc. were disrupted by Shanghai’s lockdown.

The Warren Buffett-backed car producer is also working on plans to deliver a longer-term advantage over competitors, aiming to become more directly involved in the mining of lithium, the raw material that’s crucial for EV batteries. In March, BYD agreed to invest up to 3 billion yuan ($449 million) in Chengxin Lithium Group Co., a supplier that has projects and interests in China’s Sichuan province and locations including Indonesia and Argentina. In January, the auto firm won a contract to produce the metal in Chile, the world’s No. 2 lithium producer.

A Chinese media report last week suggested the automaker is dramatically accelerating this strategy by striking a deal to buy six mines in Africa capable of producing enough lithium for more than 27 million EVs. That could be sufficient to cover BYD’s lithium demand for the next 10 years, according to the report by The Paper, a Chinese digital newspaper. BYD hasn’t responded to requests to comment.

BYD’s reported shopping spree in Africa indicates the carmaker expects “a prolonged lithium shortage”, according to a note from Daiwa Capital Markets.

Automakers are contemplating ever-closer involvement in their supply chains, including in the mining and refining of key battery metals, after a year of escalating costs that have pushed many manufacturers, including BYD, to raise sticker prices. One measure of lithium prices had an eye-popping rally of almost 500% in a year, and metals remain elevated now, even with some early signs the gains are cooling off.

EV battery prices are expected to tick up this year for the first time in more than a decade, and broader inflation could delay the point at which electric models are as affordable as conventional cars, according to BloombergNEF. 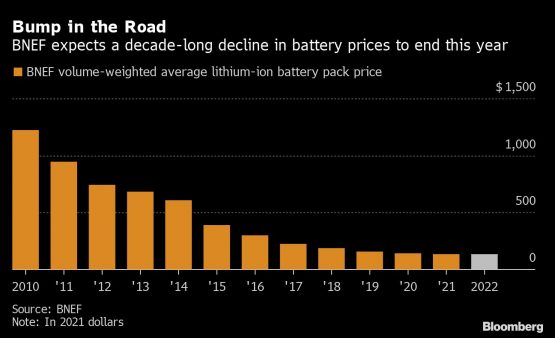 Though Elon Musk tweeted in April that Tesla “might actually have to get into the mining & refining directly at scale,” and said two years ago the company had acquired rights to a lithium clay deposit in Nevada, the company has mainly focused on sealing future supply agreements with existing producers. Liontown Resources Ltd., developing a project in Western Australia, confirmed on Monday it expected to begin shipping material to the carmaker from 2024.

There are potential pitfalls for auto producers considering a leap into commodities production themselves. The mining sector has a patchy record of delivering projects as planned, a wave of resource nationalism is complicating developments in some key nations and ESG investors are closely scrutinizing extractive industries over potential environmental damage.

Securing sufficient supplies of raw materials is likely to be “the biggest challenge for all automakers for most of this decade,” Seth Goldstein, a Chicago-based equity strategist at Morningstar Research Services, told me last week.

The best solution would be for carmakers to lock in more long-term agreements with the industry’s major producers like Albemarle Corp. and Ganfeng Lithium Co., which have the most ability to bring on new supply, Goldstein says.

“Investing in junior miners who have never produced lithium, or new technologies, is relatively more risky and could result in not being able to secure enough lithium,” he said.