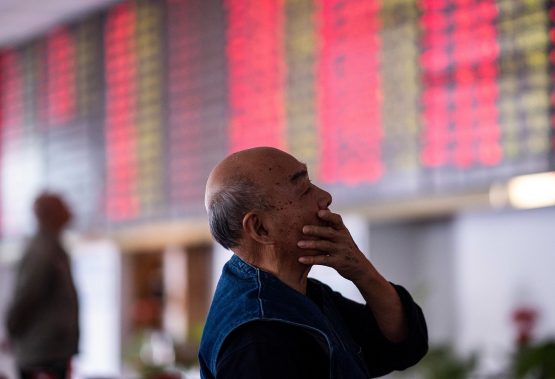 An investor looks at an electronic board showing stock information at a brokerage house in Shanghai. Image: Johannes Eisele/AFP/Getty Images

Chinese tech stocks fell sharply Monday, weighed by a selloff in Alibaba Group Holding and Tencent Holdings after the two firms received a regulatory fine on past transactions.

The Hang Seng Tech Index dropped as much as 3.7%, with Alibaba among the top losers after plunging 6%. Tencent fell a maximum of 3.2%.

The losses came after China’s State Administration for Market Regulation fined the two tech giants for not properly reporting past deals, indicating how fragile investor mood remains toward the sector despite signs of easing regulatory headwinds. The declines also formed part of the broader weakness in Chinese shares as a fresh Covid outbreak in Shanghai renewed concerns about more lockdowns. 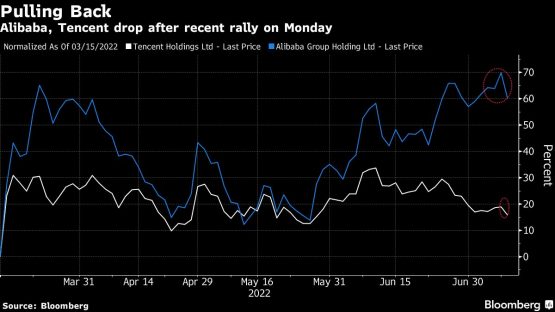 “The latest selloff is triggered by the news of fresh fines on anti-monopolistic practices in the sector,” said Justin Tang, head of Asian research at United First Partners. “The world is not out of the woods yet and we will continue to see volatile movement in stocks as a general rule of thumb.”

Before Monday, Alibaba and Tencent shares had rallied 70% and more than 18% from their mid-March lows in Hong Kong, respectively.