Crooks and crypto in SA 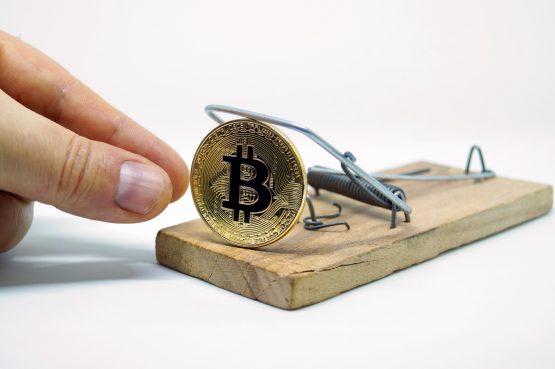 Those with money to invest are advised not to let greed or cryptocurrency hysteria blind them but to educate themselves and get a professional opinion first. Image: Shutterstock

Bitcoin is among the most-searched terms for South African internet users, according to Google Trends, with many still regarding cryptocurrency as the next big investment.

But behind the cryptocurrency curtain hides a seedy underworld where these electronic tokens are being used to launder the proceeds of illegal gambling and facilitate illicit drugs, weapons and rhino horn transactions.

The Mpumalanga police, for example, arrested two suspects in January for their involvement in a kidnapping scheme in which ransom was asked for in bitcoin.

In South Africa, cryptocurrencies are predominantly used in online gambling – which is currently illegal – says Caroline Kongwa, chief strategic advisor of the accounting authority of the National Gambling Board.

On top of this, she adds, the SA Reserve Bank (Sarb) does not officially regulate the use of cryptocurrencies, which means they are traded with a high degree of anonymity.

Virtual currencies, which are not monitored by the Financial Intelligence Centre of SA (FIC), are also deliberately used to bypass banking regulations and bank charges. “The personal information of a crypto owner is considered secured and impenetrable via the blockchain,” says Kongwa.

The Sarb says the policy review on cryptocurrency assets has been in progress since early 2018 and is a joint initiative involving other financial authorities such as National Treasury, the South African Revenue Service (Sars), FIC and the Financial Sector Conduct Authority (FSCA).

A consultation paper was released in 2019 “to obtain input on the identified risks and proposed actions”.

According to the Sarb, cryptocurrencies are not considered legal tender or official currency, which means they don’t come with the same safeguards as money that is kept in bank accounts.

“At present, any risks that arise from crypto trading, such as losses due to the volatility of such assets, is managed by the respective individuals trading such assets.”

Simply put, until further policy is defined, anyone who is exploited or defrauded in the cryptocurrency universe is on their own.

The rise of crytocurrencies has made the difficult job of policing illicit transactions even harder.

“I don’t think the SA government has any idea of the money leaving our country via illegal transactions or scams,” says Ivan Barnard, head of cybercrime at Specialised Security Services, the private security contracting company headed by well-known investigator Mike Bolhuis.

“I would define ‘illegal’ as funds for any business transaction that breaks South African law, such as sales of drugs, guns or rhino horn on the deep web.”

While official statistics on the illegal cryptocurrency trade are almost impossible to quantify, Barnard notes that the largest bitcoin pyramid scheme reached close to R80 million.

“It’s not just bitcoin,” he says. “A lot of illegal transactions are happening through ethereum too.”

He says tracing a transaction is easy if you know your way around the cryptocurrency world. “The problem is not tracing the funds,” he says, “but rather who they belong to.”

Cryptocurrency was designed to be both anonymous and instant. “Revealing who that wallet belongs to takes a lot of hard work, such as getting the court to issue a subpoena to reveal the owner of the wallet.” He says this isn’t so easy when it’s on a physical hardware wallet, or hidden somewhere in an international exchange.

While there are many groups who would like to implement regulation of virtual currencies, Barnard says we’re still a long way from it.

Most cryptocurrency scams are hiding “out in the open” instead of lurking on the dark web according to Barnard. “Scammers ride on the hype when bitcoin prices start rising, and the recent bull run in bitcoin prices have made many of these scams pop out once again.”

He says once someone has fallen victim to a large-scale cryptocurrency scam, the “list of victims” often gets sold off to the next syndicate in line.

“We need the banking sector and government as well as companies like Luno and security experts to sit down and talk strategy,” he says. “There is a lot of finger-pointing and blame-shifting towards the end users. We need more co-operation from the banks, and more education.”

For those who genuinely want to invest in cryptocurrency, he advises they educate themselves about virtual currency – or risk losing everything.

“Do not allow greed or cryptocurrency hysteria to blind you. Wait, talk to experts first and get an opinion from real professionals,” he says.

If you’re not buying Bitcoin & Ethereum at the moment then what are you doing?

If this sounds ridiculous then research until you prove me wrong – either way you won’t be disappointed!