Wall Street’s biggest banks and buyout shops are divided on whether they’d step in to help Musk.
By Michelle F. Davis, Bloomberg 20 Apr 2022  16:55 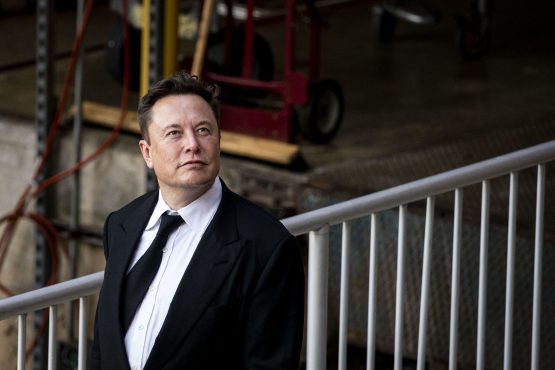 Elon Musk has started reaching out to potential financing partners across Wall Street as he seeks to shore up funds for his $43 billion bid to buy Twitter Inc.

Musk and his advisers have held conversations about debt financing with several possible partners, according to a person familiar with the matter. The prospect of raising equity to back the offer hasn’t yet been discussed with other firms, said the person, who asked not to be identified as the detail are private.

While Musk is the world’s richest person with a fortune of about $261 billion, according to the Bloomberg Billionaires Index, much of that wealth is tied up in the stock of Tesla Inc., the electric-car company he co-founded. He has multiple options available to fund the bid, including selling some of those shares, taking out loans against them, raising debt financing or bringing in an investment partner.

Wall Street’s biggest banks and buyout shops are divided on whether they’d step in to help Musk.

Among the parties that would almost certainly help back a bid is Morgan Stanley, the bank that’s advising Musk on his unsolicited offer. Apollo Global Management Inc. is also interested in helping finance the potential takeover, a separate person familiar with the matter said this week. Meanwhile, private equity firms including Blackstone Inc., Brookfield Asset Management and Vista Equity Partners have ruled out getting involved, people familiar with their thinking said.

The New York Post and the New York Times previously reported some aspects of the financing plans.

Aside from assembling the financing, to succeed with a bid Musk still has to win over the company’s board. Though Twitter hasn’t yet rejected his offer, the company has launched a poison pill defense to thwart Musk’s bid to take it private at $54.20 a share.