According to a filing with the US Securities & Exchange Commission.
By Will Davies, Bloomberg 11 Feb 2021  09:00 Kimbal Musk, the younger brother of Elon Musk and a Tesla board member, sold $25.6 million of shares in the electric carmaker, according to a filing with the US Securities & Exchange Commission.

The transaction reduced his holding to 599 740 Tesla shares, which amounts to $483 million. Tesla insiders hold a 19.6% stake in the company, according to data compiled by Bloomberg.

Board member Antonio Gracias meanwhile sold 150 747 Tesla shares, leaving him with a direct holding of 2 545. However, he replaced these with new long positions via long-dated call options, also known as Long-term Equity Anticipation Securities, better known as LEAPs. Gracias bought about 150 000 call options expiring in June 2022 and 2025 with exercise prices of $52.38 and $68.56. He also indirectly owns 1.3 million Tesla shares through AJG Growth Fund.

Kimbal Musk is chief executive officer and co-founder of The Kitchen Restaurant Group. Gracias is the founder and head of Valor Equity Partners. 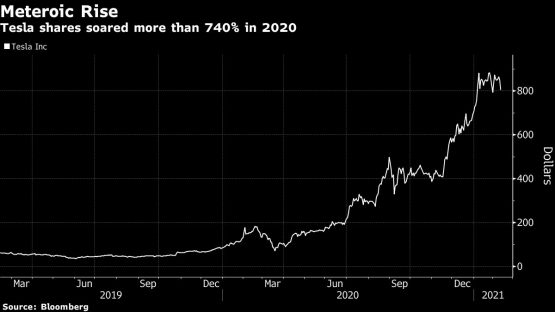 Perfect timing, that is the way to do it.

Sometimes you just have to cash out, history has many losers that did not know when to get out.

He did not even sell 10% of his shares maybe he just needed the cash to have some fun with, ha ha.

Wow, if the family is selling, then you know the writing is on the wall and it’s time to get out – rather like Jooste telling his mates when to sell their Steinhoffs…. going to be interesting to see what happens to the Tesla share price and Bitcoin price in the next few weeks and months!
It’s not what you know…but who you know in this game – nothing like a bit of insider info!

A nice cheque USD 25m is fortune even in California.
Well done!