Facebook and WhatsApp referred to Competition Tribunal over market abuse 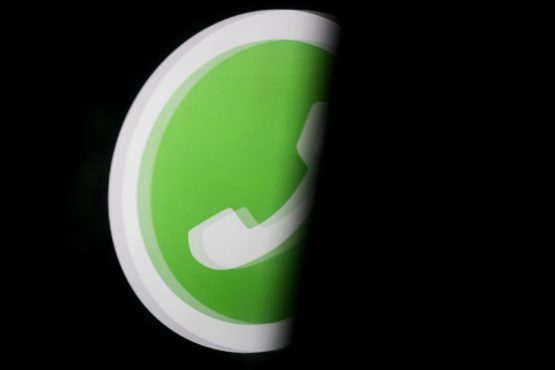 Allowing Facebook to use its might to offramp GovChat will ‘harm innovation and deny vital information and services’ to the SA public. Image: Brent Lewin/Bloomberg

Market abuse complaints against Facebook and its WhatsApp subsidiary have been escalated to the Competition Tribunal for abuse of dominance over attempts to offboard messaging service GovChat from the WhatsApp Business platform.

This follows a complaint lodged with the Competition Commission in November 2021 by GovChat and #LetsTalk against Facebook, which rebranded itself as Meta in December last year.

In 2014, Facebook acquired control of WhatsApp messaging app. The app is used by GovChat, a platform launched in 2018 to allow members of the public to engage at different levels of government and to report a wide variety of issues such as pothole location and other service delivery requirements.

“Facebook has imposed and/or selectively enforced exclusionary terms and conditions regulating access to the WhatsApp Business API, mainly restrictions on the use of data,” says the commission in a statement.

This contravenes the Competition Act, which “prohibits a dominant firm from abusing its dominance by engaging in exclusionary conduct geared at preventing competitors or potential competitors from entering into, participating, and expanding in a market.”

The commission says the WhatsApp Business API allows businesses and government to message at scale and makes use of advanced automation, while integrating with existing eCommerce, building chatbots and tracking metrics.

The South African allegations of anti-competitive behaviour follows similar cases filed in the US by the US Federal Trade Commission (FTC) against Facebook/Meta, which is accused of a systematic strategy to eliminate its competition.

The complainants in these cases, which include 45 states, have asked that the company’s acquisition of Instagram and WhatsApp be declared illegal.

The Competition Commission says GovChat enables government to disseminate critical information to the public en masse such as information related to Covid-19 system tracking, testing and vaccination. It also enabled the poor to apply online for social relief and distress grants.

“GovChat has provided government with unprecedented insight into service delivery issues in real time and provides government with the ability to provide targeted solutions more efficiently,” says the commission’s statement.

“GovChat is dependent on its continued access to the WhatsApp Business API.  The intended offboarding of GovChat from the WhatsApp Business API will harm consumer welfare by removing the efficiency of GovChat which allows the public to communicate with multiple government bodies through a single platform and will also deprive government of the current services (and future services such as mobile payment solutions) offered by the GovChat.

“In view of the important services provided by GovChat, which provides real time interface between government and the public, and the benefits to competition presented by its business model, Facebook’s decision to offboard GovChat from the WhatsApp Business API and its exclusionary terms of data usage are untenable.”

Shawn van der Meulen, partner at Webber Wentzel and attorney for GovChat, says the complaint against Facebook/Meta in SA bears similarities to the legal troubles facing the group in the US.

“Facebook has been accused of a buy or bury strategy with regard to its competitors – either buy them out or bury them by denying them access to its platforms in a variety of ways,” he says.

“GovChat provides essential services to millions of South Africans, and we believe that allowing Facebook to use its size and power to offramp GovChat will harm innovation and deny vital information and services to the South African public.”

In March 2021, GovChat was granted its request for an interim interdict to prevent it being off-boarded by Facebook, and that interdict was extended again in September 2021.

The commission is now asking the tribunal to make that interdict permanent.

* This story has been updated to include comment from GovChat’s legal representative.