Facebook blocks news in Australia in warning for the world

An unprecedented show of force that escalates a legal standoff with the government and flashes a warning to regulators worldwide.
By Angus Whitley, Gerry Smith, Jason Scott and Georgina McKay, Bloomberg 18 Feb 2021  15:21 Facebook’s decision to block news sharing on its Australian platform is an unprecedented show of force that escalates a legal standoff with the government and flashes a warning to regulators worldwide.

The tech giant imposed the restrictions early Thursday, an unexpected riposte to a proposed law that will force the company and Google to pay Australian publishers for news content.

Facebook’s algorithmic ambush switched off the main news source for almost one in five Australians. It also disabled — accidentally, the company said — a raft of government Facebook pages carrying public health advice on the coronavirus, warnings from the weather bureau and even the site of a children’s hospital.

The legislation, still being debated in parliament, is aimed at compensating a local media industry that has hemorrhaged advertising revenue to digital platforms for decades. But rather than paying up, Facebook is drawing a line in the sand for fear Australia will set a precedent for global regulators.

Alphabet-owned Google also opposes the law and has threatened to shut its search engine in Australia if the legislation proceeds in its current form. It’s also negotiated a string of deals with media companies, in the hope of avoiding the arbitration process enforced by the law.

Earlier Wednesday, Rupert Murdoch’s News Corp. said it reached an international deal for the search giant to pay for journalism from the Wall Street Journal and newspapers in Australia. Together, Google and Facebook are the gateway to news for half of all Australians, according to the country’s competition watchdog. The disruption by Facebook’s news blackout underscores its grip on information dissemination and might hand the social media giant a major bargaining chip in negotiations.

A string of Facebook pages were also disabled, including the sites of some politicians, charities, and emergency services departments. The company acknowledged some sites had been “inadvertently impacted” and would be restored. 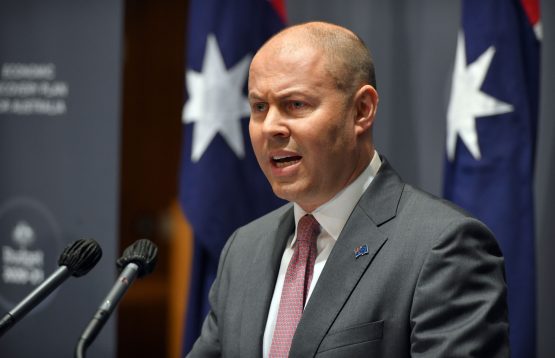 Frydenberg blasted the actions as “unnecessary” and said they would damage Facebook’s reputation. The restrictions also raised “very serious issues” about Australians’ ability to get details about the Covid-19 vaccine rollout, he said.

Without reliable news from Australian media companies on Australian Facebook pages, the company will have to ramp up checks on dubious material that hasn’t been blocked, said Johan Lidberg, an associate professor at Melbourne’s Monash University who specialises in media and journalism.

There’s a “cesspool of misinformation” already out there, he said. “Imagine if you only have that. It would be horrible.”

In opposing the law, Facebook argues that publishers willingly post news to its site, which helps them reach a larger audience. It says that model differs from Google’s, as publishers don’t voluntarily provide articles that appear in the firm’s search results.

The Australian proposal penalises Facebook “for content it didn’t take or ask for,” William Easton, managing director for Facebook in Australia and New Zealand, said in a blog post. Last year, Facebook generated about 5.1 billion free referrals to Australian publishers, worth an estimated A$407 million ($315 million), he said, without providing a basis for the calculation.

All the same, it’s not clear Facebook’s restrictions are permanent. Frydenberg tweeted he had a “constructive discussion” with Zuckerberg early Thursday and the pair agreed to hold further talks. A Facebook spokesperson said the CEO again “expressed our disappointment” with the proposed law and would continue to engage on amendments.

While Australia accounts for a fraction of Facebook’s global users, the company’s muscular response to the planned legislation could still backfire on the global stage.

“Other nations and governments will be looking and wondering if they can negotiate in good faith with the company,” said Angus at the Queensland University of Technology. “The Australian government can now argue that this company is dangerously under-regulated.”

I hope the Aussies dont back down! Facebook is a menace!

An important reveal here is how many Aus NGOs and government departments have apparently ceded control to Facebook of their ability to disseminate information and communicate with the public.

It stands as a warning about the laziness and cheapskatery of outsourcing key functions to a corporate monolith in a different legal jurisdiction without considering what happens when it pulls the plug.

Super glad the Aussies are standing their ground. Finally someone to set the stage for others to follow.