AI expertise is becoming one of the most desired skills in finance.
Siobhan Wagner and Shelly Hagan, Bloomberg  /  24 August 2019 00:46
2 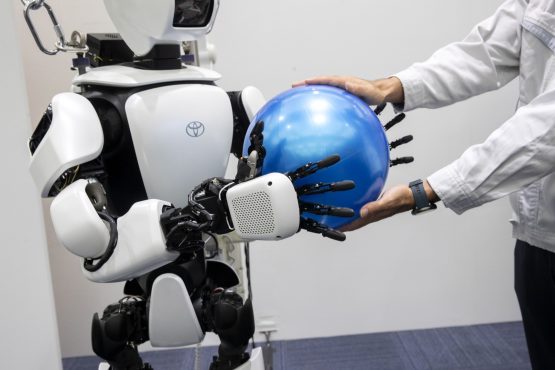 When it comes to the rise of machines, some optimists argue that this will change the nature of roles and add new jobs, specifically in the finance sector. Picture: Keith Bedford, Bloomberg

Today, it’s not just humans competing for work in banking. Machines are becoming a threat to warm-blooded number crunchers worldwide. Indeed, almost one-third of financial-services jobs could be displaced by automation by the mid-2030s, according to a report by PricewaterhouseCoopers last year.

Despite those stark forecasts, some optimists argue that the rise of machines at banks isn’t simply taking away jobs, but rather changing their definition and adding some roles.

Job seekers with expertise in artificial intelligence, machine learning, and data science are among the most in-demand candidates in finance, according to hiring sites Glassdoor, LinkedIn, Hired, and ZipRecruiter. It’s not only disrupters such as Square or Stripe hiring this talent; legacy financial companies such as JPMorgan Chase, Capital One, and Morgan Stanley are scooping these people up as well.

In the US financial sector alone, job postings that list these big data skills as requirements increased almost 60% in the 12-month period ending in July, according to LinkedIn.

Business and finance professors who are preparing students for future banking careers are also seeing the trend. Data scientist is the “hottest job function” now for employers, says Andrew Lo, director of the MIT Laboratory for Financial Engineering in Cambridge, Mass.

Lo says data portfolio managers, who are charged with maintaining and maximizing the value of a company’s data assets, also are gaining importance. “We already have that happening informally because chief technology officers are playing that role,” he says. “But this has become a much more business-oriented set of challenges that the typical CTO might not be equipped for, so I think that’s going to evolve over time.”

While machine learning has the ability to “augment” jobs and enhance the performance of organisations, it will also present risks and the need for “AI auditors” at banks, says Theodoros Evgeniou, a professor of decision sciences and technology management at Insead in Fontainebleau, France. As machines make more decisions in banking, he says, ethical and legal concerns will be raised that need to be addressed at the board level.

“Let’s say you’re a bank and you’re giving credit based on credit scoring and machine learning, and your models are discriminating certain populations of people,” Evgeniou says. “If you’re then sued for being discriminatory, who is liable for this? If [the models] discriminate, you are liable.”

There are also ways machine learning may indirectly create jobs. For instance, automating tasks previously done by humans in the asset management industry should theoretically reduce costs. Lower fees will likely increase demand for financial services and, subsequently, the need for more staff to service new customers, according to Guo Bai, a lecturer of strategy at China Europe International Business School in Shanghai.

“It will probably be easier to serve clients that were previously excluded from financial services,” she says. These new clients may require a more human touch, Bai says, meaning more client relationship managers will be needed.

Machine learning may also provide an opportunity to reinvent a career. While it’s not easy or affordable in all cases to go back to school, some financial sector employees who find themselves displaced by technology could be in a position to reskill. “Certainly in the financial sector people are already pretty highly trained, so I do believe they can be retrained to focus on data science and all of the job functions that are required to support data science analytics,” says MIT’s Lo. “That’s not true in all industries.”

AI expertise is becoming one of the most desired skills in finance. Think you have what it takes to automate the banking industry? Here’s a glance at some of the jobs requiring experience with AI, machine learning, or deep learning. Descriptions are based on ads on company sites and online job boards as of Aug. 5. Median base salaries for the roles are estimates from Glassdoor, as pay information wasn’t provided by the companies.

Main duties: One of the world’s largest banks is seeking an engineer capable of managing the massive server farms that are essential for its AI platform. The work can be fast-paced and high-demand. Expect to be on call.

Must-have: Several years’ experience with middleware products and open-source operating systems, as well as a history of application development and implementation.

Based on a job advertisement on Wells Fargo’s website.

Main duties: One of the “Big Four” accounting organisations needs “architects” with creative ideas for developing and deploying AI components at large companies. The job could involve working on anything from chatbots and virtual assistants to vision and language processing.

Must-have: Among other things, the company is looking for at least a couple of years’ experience working with cognitive computing technology, IBM Watson, neural networks, augmented intelligence software for financial services, and cloud platforms.

Based on a Deloitte job advertisement posted on LinkedIn.

Main duties: This bulge-bracket bank seeks an engineer fluent in high-level programming languages. The role comes with many responsibilities, but you’ll be on a team in charge of building pipelines that feed massive data into machine learning models for real-time predictions.
Must-have: The bank cites lots of required technical experience, including a track record of developing distributed systems using Python.

Main duties: If anyone has ever said you’re a great conversationalist, this job might be your next career move. You’ll be working on an AI-powered, voice/text digital assistant and “the hub” of the bank’s conversational commerce strategy. The strategist will drive the assistant’s “conversation design with brand flair.”
Must-have: A background in writing and editing with some work in conversational user interfaces, AI, and chat or interactive voice responses.

Based on a job advertisement on Bank of America’s website.

Main duties: This role is part of this bank’s expansion plans for its virtual-assistant technology. It’s seekingsomeone to work on “future state” integration of its AI agent. The product consultant will lead its development during all stages, which include building, testing and acceptance, quality assurance, and reporting.

Must-have: An interest in emerging technology trends and several years in a management role in a financial-services organization.

Based on a job advertisement on Bank of America’s website.

Main duties: A love for data visualization might help in this role. The specialist will be tasked with creating web-based user interfaces for the bank and have a multitude of responsibilities, including constructing “visualizations that are able to depict vast amounts of data.”

Must-have: A bachelor’s degree in computer science or a similar field and a strong understanding of machine learning algorithms, high-level programming languages, and neural networks. Experience with HTML, cascading style sheets, and web standards is required.

Main duties: This bank is advertising a heavy-duty-sounding role with responsibilities to match. The hired candidate will work on a team responsible for validating and approving the machine learning and AI models behind marketing, credit scoring, financial-crimes detection, and fair-lending practices.

Must-have: Several years’ experience in an advanced scientific or mathematical field. A background in sanctions screening and anti-money-laundering analysis will also help.

Based on a job advertisement on Wells Fargo’s website.

Still searching for the section on robotics.

1/3 of finance jobs is still a conservative estimate I think, at the pace people are creating ML models today, people should prepare for the coming job apocalypse.

Beware lawyers, you are next.
https://www.lawgeex.com/resources/aivslawyer/