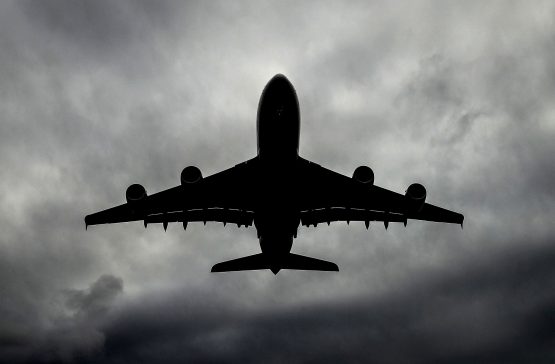 Modern aircraft systems are well shielded against other electronic equipment, but aviation authorities still err on the side of caution. Image: Brendon Thorne/Bloomberg

The American Federal Aviation Administration (FAA) worked quickly to help airlines recover from their latest challenge: that last week’s activation of 5G cellular networks near airports in the US could interfere with aeroplanes’ flight instruments.

Of particular concern was that the radio frequencies the new 5G towers use can interfere with the radar altimeter fitted to aircraft.

Safety concerns disrupted flights to certain US airports from as far away as China and India during the last week, when US telecoms companies were due to switch on 5G networks.

Read:
What is 5G? An electrical engineer explains
Is 5G in South Africa worth the upgrade?

The radar altimeter fitted to commercial aircraft, sometimes referred to as a radio altimeter, is an important component of an aircraft’s control system and essential for different systems in the cockpit, including the autopilot that is used to land a modern aeroplane during bad weather conditions.

The intricacies, as explained by a pilot

“Airliners are fitted with two different types of altimeters, of which the radar altimeter is crucial, as it shows our height above the ground during the approach to land,” Walter Waldeck, a former senior pilot and training captain at the old South African Airways (SAA) explained to Moneyweb.

The data from several radio sensors within the aircraft are collated to provide vital information to the autopilot and various other systems and computers.

“Some of this data is collected from the ground-based transmitters near the runway while we are on the final approach to land. These transmitters give guidance to the pilots on their approach path towards the runway.

“The Instrument Landing System provides pilots with lateral and vertical guidance while other instruments are giving us speed, altitude and rate of descent information,” says Waldeck, using his coffee cup to illustrate a plane gliding towards a runway (the menu.)

The salt pot and pepper grinder serve as the radio beacons next to the runway that are beaming radio signals up to the cockpit.

“In the critical phase close to the ground, interference with these signals can be disastrous,” says Waldeck.

“Not so much on a perfectly clear day when we usually land the aircraft manually. But certainly on a day when the weather is poor and we need the autopilot’s assistance in doing the job safely.

“Depending on when we gain visual reference with the runway, we can either disconnect the autopilot and perform a manual landing, or if the visibility is particularly poor, we will allow the autopilot to perform the landing for us.

“This sounds a lot simpler than it is, but [as] with all computers, the saying of ‘junk in, junk out’ applies.

“If the pilots haven’t inputted the correct data, frequencies, runway designator and approach type, the autopilot simply won’t be able to perform the auto-land.

“And worse, if the data feeding into the autopilot is corrupted by something like 5G, there is a strong possibility the aircraft will fly itself into the ground,” says Waldeck.

Ironically, he says, this means that automated landings are far more stressful for pilots than performing a manual landing in clear weather.

Landing in bad weather requires a lot of forward planning and a very quick decision when things go wrong.

For a normal landing on a clear day, called a Category 1 approach, pilots only require a cloud base of 70 metres and horizontal visibility of 550 metres. Under these conditions pilots fly the entire approach manually, break cloud and land.

On a Category 2 and 3 approach – where the visibility can be as low as 75 metres – pilots cannot fly manually. “Simply because no human is capable of flying to that degree of accuracy at a speed of 280km per hour without any outside visual reference,” says Waldeck.

So the entire approach and landing is programmed by the pilots and performed by the autopilot. The pilots sit ready to take over should anything go wrong.

Interestingly, the only reason pilots require a visibility of 75 metres is to find their way off the runway.

“Most modern airliners are able to land themselves under human supervision, but they cannot taxi automatically. So the pilots still require a little visibility to find their way to the parking bay,” says Waldeck.

The FAA announced on Friday that it checked and approved 13 different altimeters, allowing nearly 80% of the US commercial fleet to do low-visibility landings at airports where wireless companies deployed 5G networks operating on the C-band. These aircraft also include some regional jets.

The FAA says in a statement that it is working diligently to determine which altimeters are reliable and accurate where 5G is deployed in the US.

“We anticipate some altimeters will be too susceptible to 5G interference,” it says.

To preserve safety, aircraft with those altimeters will be prohibited from performing low-visibility landings where 5G is deployed because the altimeter could provide inaccurate information.

“The FAA also continues to work with manufacturers to understand how radar altimeter data is used in other flight control systems,” according to the FAA statement.

It quotes US Transportation Secretary Pete Buttigieg as saying: “We recognise the economic importance of expanding 5G, and we appreciate the wireless companies working with us to protect the flying public and the country’s supply chain. The complex US airspace leads the world in safety because of our high standards for aviation, and we will maintain this commitment as wireless companies deploy 5G.”

The FAA noted that from January 5, none of the 88 airports using low visibility ground equipment would have been available for landing during low-visibility conditions.

“The wireless companies agreed to create buffer zones for six months around airports where transmitters are in close proximity,” the FAA said in an earlier announcement.

“They also agreed to delay deployment until January 19 while the FAA reviewed new data detailing the location and power of wireless transmitters in all 46 US markets where this service will be deployed.”

Waldeck says SA airlines usually follow the lead of the FAA, as do most airlines in the world.

He mentions that SA lost its only aircraft used to calibrate beacons and runway equipment in January 2020.

The Cessna Citation, belonging to the SA Civil Aviation Authority (CAA), crashed near George with the loss of life of all on board while conducting a calibration flight.

Waldeck says that nowadays aircraft systems are well shielded against cellphones and other electronic equipment, but aviation authorities still err on the side of caution.

“Safety is our mission, and it guides all of our decisions,” said the FAA in one its first statements on the issue.

“In the United States, 5G services are planned for launch beginning January 19 using frequencies in a radio spectrum called the C-band. These frequencies can be close to those used by radar altimeters, an important piece of safety equipment in aircraft. To make sure that this does not lead to hazardous interference, the FAA requires that radar altimeters are accurate and reliable.

“Before and after the 5G deployment begins, the FAA will continue to work every day to reduce effects of this disruption as we make progress to safely integrate 5G and aviation,” said the FAA.

It also issued NOTAMs (notice to all airmen/persons).The FAA says these are still in effect as the wireless companies’ actions do reduce the amount of 5G around airports, but do not fully eliminate it. The NOTAMs alert pilots and others that there is 5G present.