How the fourth industrial revolution will impact all jobs 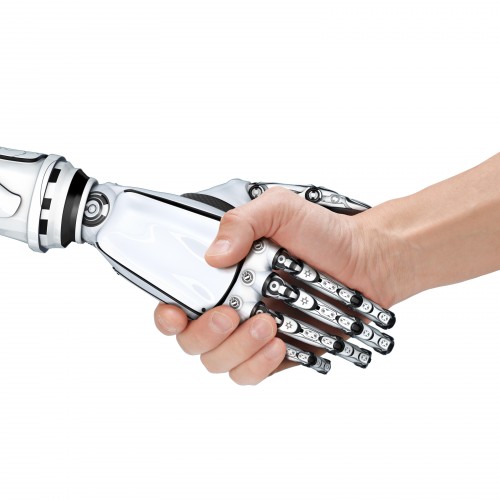 When you speak about technological advances and how they might affect jobs in the future, most people immediately think of low-skill jobs in agriculture and manufacturing that get “taken away” by automation. This is true, as any person who once was a welder or painter in a motor assembly plant can tell you. But the so-called fourth industrial revolution is upon us and is being driven by new and exponential technologies that will eventually affect every job level in the labour market. Some very complex types of work that are seemingly destined to remain a human competency will someday be done better by a machine.

Inevitably, the fear is that “my job will get taken away”. But what’s important is understanding how technological advancements and innovation ultimately accelerate industries and economies, improve outcomes for consumers and increase prosperity, and how businesses and government should be reacting to take the fullest advantage of the opportunities that arise.

Low-skill jobs and the importance of a social net

There is a lot of angst in South Africa at the moment about the need to “protect” low-skill workers. This should not be surprising in a labour market where high unemployment is driven by a lack of education and skills. Innovation tends to affect these kinds of jobs first. One kind of exponential technology that will change the nature of work is robotics. As a result, government and the private sector need to react quickly to adapt and take advantage of these disruptive changes, as we are only going to see more of them, not less.

At a micro level, businesses and especially governments should be reacting to this kind of innovation as we did in the early 1900s, when farming machinery started to change the nature of agricultural work. Instead of insisting on protecting peasant work at all costs, agriculture was able to expand the scope and output of the industry by embracing machinery and upskilling the workforce. Rather than protectionism, the government should be asking how it can upskill effectively to equip these workers for tomorrow’s work.

There is a portion of the population that will not be easily upskilled, and therefore, while adopting and enabling policies to facilitate the adoption of new technologies, governments need to adopt policies that enable a healthy social net that catches those who are left behind.  This will ensure that our economy remains competitive in a responsible and safe way during the generation it will take to normalise skills levels in the country.  It’s probably important to note that, while we are grappling with these challenges, so are economies all over the world.  Those that are effective at making this change will be the winners on the back of the fourth industrial revolution.  Developing economies are often described as suffering from a resources curse. With this new wave of industrialisation, developing economies will additionally suffer from a low-cost resources curse.

On a macro level, exponential technologies like robotics are likely to force developing nations to adjust their economic policies. It will become possible to once again do large-scale, cost-effective manufacturing in the developed world once robotics is properly implemented. It will no longer be enough to entice industrial corporations with an “endless” supply of a low-skill and low-pay workforce. Countries that have built their economic growth on this model need to figure out how they’re going to react. This is particularly pertinent for most African countries, where education and skill levels remain low.

High-skill jobs will be impacted too

What would you think if I said that tomorrow’s lawyers, teachers, journalists and financial advisers will be computers? It sounds a bit far-fetched. And it was, until analytical and cognitive computing developed to the point that it can now store, access, analyse, interpret and draw meaningful inferences from big data with more accuracy and efficiency than a human mind can do it. In simple language, IBM’s Watson beat two Jeopardy! champions in 2011. More recently, Google’s AI beat the Go world champion. That was just the beginning.  Products like Scanadu which signal a dawn of change for the healthcare profession.  Another example of change that is coming at these professions is X-Prize’s global learning and adult literacy challenge, which aims to address real learning challenges to develop scalable software that will enable children in developing countries to teach themselves basic reading, writing and arithmetic within 18 months.

Any work that requires the comprehension and analysis of large data sets is under threat from this kind of technology.

But more so than any specific technology, the kind of people who will succeed in tomorrow’s job markets are markedly different to those who did in yesterday’s. Out are the single-career, credential-building types, and in come those equipped with an array of hands-on skills. Constant professional development and learning, will be a survival strategy, and the propensity to learn and develop new skills will become the most sought after work skills. The flip side of the coin will be that the sought-after companies will be those that foster innovation and skills development. Much like Darwin’s aphorism, it will be the workers that are quickest to adapt to change who will survive the next wave of disruption.

Can they please develop a competent politician as the 1st robot, doesn’t have to have a large brain capacity, it could run for a month off a simple small Duracell battery

“… governments need to adopt policies that enable a healthy social net that catches those who are left behind.” Where, pray tell, will the money for this social net come from? Are we ready? Not a chance….

Probably the most effective way is to incentivise birth control among people who are unable to feed AND educate their offspring who would simply add to the disproportionate growth in the number of the poor and unskilled. Unfortunately politicians and leaders do not have the guts to speak about this elephant in the room. As you say the “social net” is finite and will overflow regardless.

I’m curious what jobs the author thinks these newly upskilled workers will do? What new hands-on skills are going to be valuable to an economy in which there is a computer that can do exactly the same thing better and faster than a human ever could? Something that won’t survive the next wave of disruption will be capitalism. The system as it stands can not survive a world in which billions of people are unemployable through no fault of their own. There simply won’t be enough jobs because there will be almost no need for any form of human labour.