Following a successful appeal by e.tv and others against an earlier ruling that set the cut-off date at 30 June.
By Ciaran Ryan 8 Jul 2022  00:01 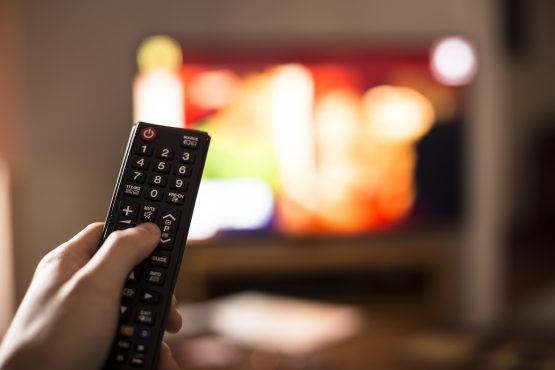 The Department of Communications and Digital Technologies had originally planned to switch off analogue TV by 30 June 2022 in favour of Broadcast Digital Migration. Image: Shutterstock

Government says 30 September 2022 is the cut-off date for those applying for subsidised digital set-top boxes, as the era of analogue broadcasting draws to a close.

A project that was launched more than five years ago has been mired in controversy, with e.tv and others opposing what they see as an unseemly rush to switch off analogue TV, leaving millions without access to public benefit broadcasting.

The Department of Communications and Digital Technologies (DCDT) planned to switch off analogue TV by 30 June 2022 in favour of Broadcast Digital Migration (BDM).

Some 54% of e.tv’s viewers between September 2020 and August 2021 were reliant on analogue broadcasting services.

The department says it will now extend the deadline for applications for subsidised digital set-top boxes for poor households until 30 September. This will be published by way of a Government Gazette notice.

“I will also inform members of the public and non-indigent households who are still watching analogue TV, of my intention to switch-off analogue and urge them to purchase compliant digital television sets from retail market,” says DCDT Minister Khumbudzo Ntshavheni in a statement issued on Thursday.

“The compliant digital TV set is identified through the Go-Digital logo,” she added.

This follows a Constitutional Court decision setting aside a previous Pretoria High Court judgment setting the cut-off date at 30 June 2022.

The ConCourt says its decision should not be seen as an excuse for further delays.

“Analogue switch-off is an urgent, and unfortunately much delayed, national priority. Therefore, once adequate notice is given to the public to make informed decisions on whether to register for an STB, digital migration should proceed without further delay,” reads the judgment.

The government’s statement on Thursday clarifies the way forward and sets a 30 September deadline for the switch over.

As a member of the International Telecommunications Union (ITU), SA agreed in 2006 to migrate from analogue to digital broadcasting by 2015.

This deadline, like others before it, was missed, but gave rise to the BDM process of converting from analogue to digital broadcasting. The key benefit of switching to digital is that it allows more efficient use of the national radio frequency spectrum, and the ability to provide additional services such as mobile telephony and wireless broadband.

The key bone of contention is the 700/800MHz spectrum, which has been allocated to SABC, M-Net and e.tv for analogue broadcasting.

According to a judgment issued in the Pretoria High Court in March 2022, e.tv had switched off four of 95 transmitters and was still broadcasting on analogue. The spectrum that has been vacated by SABC and M-Net is not capable of use for digital transmission as long as e.tv continue analogue broadcasting, as this interferes with the signal.

e.tv sought to delay the migration process, arguing that government had breached the Constitutional rights of South Africans, particularly poor households, some 3.75 million of which relied on the broadcaster’s free-to-air services.

If government stuck to its plan to migrate to digital by 31 March 2022, some 2.58 million households, or eight million people, would be left with no service at all, according to the Pretoria High Court judgment.

The government argued in response that e.tv has persistently obstructed the digital migration process and had launched its court action under the guise of representing the poor, but in reality was only concerned with its narrow commercial interests.

As part of the migration process, government agreed to subsidise digital set-top boxes, with households earning less than R3 200 a month qualifying for free boxes. Of the 3.75 million households with analogue TV sets in the country, just 1.2 million registered for the free set-top boxes, to be distributed by the SA Post Office.

The Pretoria High Court ruled that the analogue switch-off date must be deferred to 30 June 2022, and ordered government to install set-top boxes in the 507 251 households that had qualified by 31 October 2021, with a further 260 000 households qualifying after this date [have installation] by 30 September.

Oh – the blistering pace at which this department function to implement its decisions is staggering !!