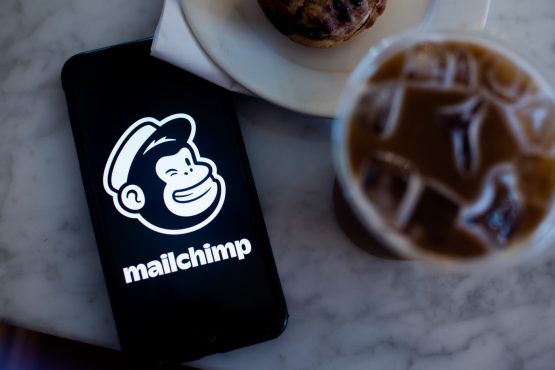 In the early days of building his email-marketing startup Mailchimp, Ben Chestnut was warned by venture capitalists about the company’s imminent demise should he not take their money and advice.

“A lot would give me the same pitch from the last guy, always a semi-threatening pitch,” Chestnut said in a Zoom call. “Like an insurance salesmen: ‘You’re going to die.’ It was always doom-and-gloom scenarios.”

As some of his peers took on venture capital, Chestnut, 47 wondered if he was doing something wrong by not following the well-trodden entrepreneur’s path. But he felt that potential investors didn’t seem to understand his vision of supporting small business growth. Instead of listening to the dire predictions, he ultimately took them as a provocation: “Like, you think I’m not going to make it?”

After almost two decades of resisting outside investors for their Atlanta-based company, Chestnut and his co-founder Dan Kurzius, 49, sold the marketing automation platform for $12 billion to software company Intuit Inc., the developer of TurboTax and QuickBooks.

Chestnut said this isn’t just him cashing-out, but the beginning of a new chapter, which will leverage the QuickBooks accounting platform that helps small businesses operate. He and Kurzius are being paid in Intuit stock, giving them each fortunes worth about $5 billion (about as much as Intuit’s co-founder Scott Cook).

“I’m going to do what I’ve always been doing — sit here with my computer and build a great tool,” said Chestnut, who will continue to lead the Mailchimp team. “I don’t see this as an exit at all. It’s a mid-air refueling of a fighter jet.”

Chestnut grew up near Augusta, Georgia, and spent time during his childhood helping his mom at her hair salon she ran from their family kitchen. He studied physics at University of Georgia and then transferred to the Georgia Institute of Technology, where he focused on web design.

Skateboarding DJ
Kurzius, meantime, worked as a DJ and skateboarder before he started a web-design agency called Rocket Science Group with Chestnut. They used severance from their dotcom jobs to get started, Chestnut said. But the co-founders soon found that their clients had trouble sending their email newsletters. They used code from a failed digital greeting card product they made and tweaked it to launch Mailchimp in 2001.

The side project grew, and they began testing pricing strategies, such as prepaid credits before pivoting to monthly plans that made their revenues more predictable. Subscriptions now account for most of their $800 million in revenue.

The company now sends a billion emails every weekday. As the company evolved, so did its monkey-themed branding. Its mascot, Freddie, delivers a high five to users when they send out a marketting campaign, and knitted monkey hats were used as swag at company parties.

Jeffrey Cornwall, professor of entrepreneurship at Belmont University, said the Mailchimp founders were able to keep control of their business by not relying on venture money, but also allowed themselves time to be nimble in the early stages when testing their business model.

“There’s a lot of companies that assume they have to raise money,” Cornwall said. “Maybe they don’t.”