Will make the tools available for anyone to create a competing crowdfunding site.
By Jackie Davalos, Bloomberg 9 Dec 2021  07:16 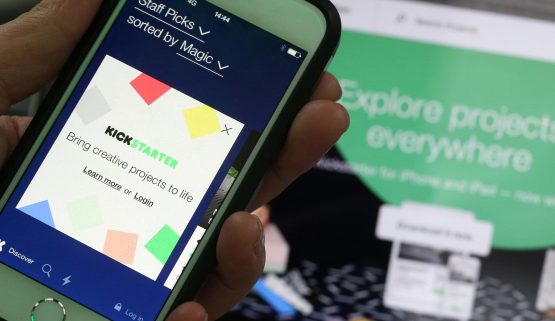 For more than a decade, Kickstarter PBC has convinced the public to pay people to follow through on their ideas to build a gadget, make a film or create a piece of art. It was, in some ways, a harbinger of today’s digital economy built around cryptocurrencies, decentralised organisations and NFT art.

On Wednesday, Kickstarter plans to unveil a project that will merge the two worlds. It’s hatching a standalone company to build a crowdfunding system much like Kickstarter’s but based on blockchain technology. When it’s ready, Kickstarter will switch its own website to the new infrastructure, and the new company will make the tools available for anyone to create a competing crowdfunding site.

The new company does not yet have a name. Development is slated to begin in the first quarter of next year, and Kickstarter expects to transition its site to the new protocol sometime in 2022. The change will take place entirely behind the scenes and shouldn’t affect how people use the site, the New York-based company said.

It’s a large, technical undertaking. Embarking on the project was a “big decision,” said co-founder Perry Chen, but it was ultimately an easy one to make because it fits with Kickstarter’s mission, which is “to help bring creative projects to life.”

Chen started Kickstarter with a pair of art-loving friends in 2009, and it was a near-instant hit with cash-strapped go-getters and eventually with celebrities and big companies looking to test consumer demand. The Peloton stationary bike started with a Kickstarter campaign ($307,332 raised), and so did the Oculus VR headset ($2.4 million). Kickstarter helped finance new records from Amanda Palmer ($1.2 million) and the pop group TLC ($430,000) and revived cult classic TV shows like Mystery Science Theater 3000 ($5.8 million) and Veronica Mars ($5.7 million).

There were also a bunch of projects that burned through their cash and never delivered. Crowdfunding has largely faded from the public consciousness in recent years, and Kickstarter signaled to its venture capitalists that it wasn’t the sort of hyper-growth startup they thought it was. (Kickstarter changed its designation in 2015 to a public benefit corporation and the next year took the unusual step of paying the startup’s shareholders a dividend rather than reinvesting the money in pursuit of an initial public offering.)

Today, money that might have once gone to Kickstarter campaigns is flowing through blockchains into what are known as distributed autonomous organisations, or DAOs. Last month, a group dubbed ConstitutionDAO mounted a crowdfunding campaign to buy a rare copy of the US Constitution. It raised $46.3 million from thousands of contributors but failed to win the auction. The DAO offered refunds and disbanded.

The embrace of crypto could help Kickstarter regain some relevance. A raft of startups, as well as companies over a century old, are searching for ways to decentralise their digital infrastructure, often in a bid to lower costs. Twitter Inc. has been working on an open-source, decentralized social media system called Bluesky since at least 2019.

Kickstarter’s open-source protocol will be built on the blockchain platform Celo, which counts Andreessen Horowitz and Jack Dorsey among its backers. Celo says its network is carbon-negative, partly through the purchase of carbon offsets. (A common criticism of crypto architecture is how energy-intensive it can be.)

Quite a bit still needs to be worked out on Kickstarter’s project. It has yet to name a leader for the new company. Kickstarter also plans to create what it calls a governance lab, separate from the existing company and the new one, to provide independent governance for the protocol. Designating yet another distinct entity is intended to prevent Kickstarter from having outsized influence on what’s meant to be a largely decentralised effort.