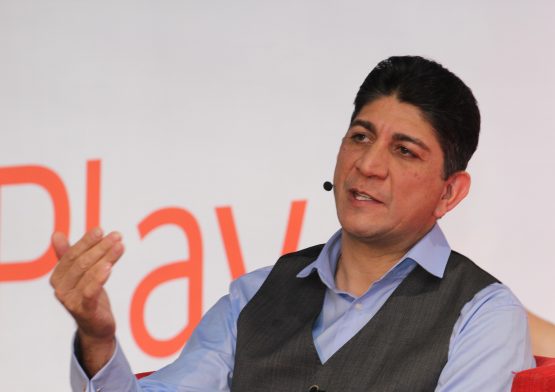 On the face of it, the Covid-19 lockdown was an inadvertent blessing for South Africa’s telecom operators.

With people stuck at home for the five weeks of the hard lockdown from March 27 to April 1, it would have been easy to think that the likes of MTN, Vodacom and Telkom would have gained from them posting on social media and streaming shows to their phones.

Unlike other parts of the economy, the telecoms sector had an advantage in that under the national disaster regulations, it could continue to operate.

Operators also had the advantage of the government giving them temporary access to a range of radio spectrum that could facilitate high-speed broadband services.

Read: Mobile networks do their bit

The operators didn’t have to wait long to see the impact of the lockdown on the demand for data.

MTN SA’s data traffic was up 77% and saw an increase of 14.1% in active data subscribers to 14.2 million, said outgoing group CEO Rob Shuter while on an interim results teleconference call on August 6.

There was a similar story at rival Vodacom SA. “Data traffic doubled in the quarter and usage per smart device grew 75% year on year, and 22% from the March 2020 quarter to 2.2GB per user,” said Vodacom Group CEO Shameel Joosub during an investor conference call in July.

“There are now 13.2 million 4G devices connected on our network, an increase of almost 30% year on year,” Joosub said.

Read: The ‘digital economy’ has arrived

Telkom also saw a surge in demand. “We’ve actually been seeing a very, very huge surge in traffic, both on the fixed side of the network and also on the mobile side of the network. Luckily, our network is scalable,” said Telkom Group CEO Sipho Maseko at the group’s annual results presentation.

“Data consumption increased just in the last two weeks of March by over 35% viewed in context. It’s the sort of typical growth that we saw in the 11 months between April of 2019 and about February of 2020,” Maseko added.

Average traffic consumption on Telkom’s network increased from about 94 petabytes (one petabyte equates to about 1 000 4k movies) per month pre-lockdown to about 127 petabytes, which is a 33% increase to date.

“And what were the main drivers of traffic that we saw over the period?” Maseko asked. “Largely, these were digital services, so streaming services.

“You see things like Netflix and YouTube really, really driving high-traffic and bandwidth consumption. DStv, the streaming component of that, working from homes or conferencing applications, whether it’s Zoom or Teams or any other applications that were there.”

Operators’ data numbers for this period do not however tell the whole story.

Though traffic over their networks was sharply up, it did not necessarily lead to big increases in overall earnings.

The rise in data revenue could not offset the declines in voice, digital, fintech and wholesale revenues. Overall, revenue for MTN SA was down 2.5% to R17.6 billion for the period.

For its part, Vodacom’s Joosub didn’t disclose data revenue for the first quarter, which started on April 1. He did say that as of that date it implemented price reductions of 34% on average for its 30-day data bundles, and that “the increased demand more than offset these price reductions during the period”.

It should be noted that the declines in data rates on the part of Vodacom and MTN follow pressure from the Competition Commission to cut prices.

Read: Big data rate cuts on the way this week

Maseko also did not disclose the financial impact of the increase in data traffic for Telkom, but did say the lockdown proved just how adaptable the group was.

He said the lockdown inadvertently propelled SA as a whole into the digital age.

“We saw that traffic really begin to grow during the lockdown. And it remains very, very high. And it may well be that as a country and as an economy, we’ve now reached a very, very interesting inflection point in terms of the role that broadband will start to serve in a whole lot of our daily activities.”