‘In protecting the right to privacy, the act does not prohibit, in itself, the publication of personal information’: Werksmans Attorneys director Ahmore Burger-Smidt.
By Fifi Peters 13 Jan 2022  21:58

FIFI PETERS: Earlier this week, the Department of Basic Education said it would not be publishing the results of the class of 2021 matrics – I think it’s the class of 2021. But on a public platform, like in the media, the department said that it was doing this in line with the Protection of Personal Information Act, Popia, which prevented it from doing so.

To discuss the legal stance of the basic education department, I’m joined by Ahmore Burger-Smidt, the director and head of data privacy and cybercrime practice at Werkmans Attorneys. Ahmore, thanks so much for your time.

Just my limited understanding of the Popia is – it’s essentially out there to protect personal information, and it requires the permission of the individual involved prior to publishing their personal information. In this case, we are talking about matric results. So would you say that the Department of Education is acting within the law in its current stance?

AHMORE BURGER-SMIDT: Fifi, good evening. Indeed we are living in interesting times; just reflect on your previous interview as well. But if we look at the matric results debacle carrying on at the moment, I find it terribly disappointing that the statement reads that the Protection of Personal Information Act, Popia, prohibits the publication of the information because Popia at its cause, as you said, aims to protect the right to privacy and the personal information of individuals.

So it seems that there’s a general lack of understanding as to what the Protection of Personal Information Act actually requires, as information regulator Advocate Pansy Tlakula pointed out over the past two days in a lot of detail, very succinctly.

People in this country ought to start to understand what this piece of legislation actually requires and means.

FIFI PETERS: So would you say that, if the department went ahead in publishing the matric results on public platforms, it would be lawfully within its right to do so?

AHMORE BURGER-SMIDT: There are two elements that we need to look at.

Now, if we take a step further and we look at the publication of the matric results of the young people and learners above the age of 18, consent is not the test, because Popia is not in all aspects based on consent.

It’s the exam number that will be published, together with the ID number.

But is it identifiable personal information in the public domain? We need to ask ourselves this question.

So I think this was a knee-jerk reaction based on the fact that the department doesn’t have privacy policies in place. There are no procedures to comply with the legislation, and the decision was made and the press release issued saying that the Popia legislation prohibited it; but in itself, as I’ve said, the legislation does prohibit it out-and-out. It’s whether you comply with the conditions of lawful processing.

FIFI PETERS: It sounds like quite a complex terrain to navigate.

AHMORE BURGER-SMIDT: I think that you’ve put your finger on a very important, very crucial factor in terms of the application of Popia.

The legislation, if you read it, is not an extensive piece of legislation. It might seem to be a very simple piece of legislation and, together with that, there’s an absolute misconception that as long as you’ve got consent you can do with personal information whatever you want, which is not the case.

The legislation, and interpreting it and applying it, could be exceptionally and extremely complex.

But the first point we need to start at, as South African society, is to realise, yes, the Constitution affords us the right to privacy.

Step number two, this right to privacy is not absolute. You can actually disclose the information of data subjects, individuals such as you and I, under certain circumstances, with understanding where you can do it and how you can do it while not transgressing the legislation. Therein lies a lot of interpretation and sometimes complexities.

FIFI PETERS: Well, Ahmore, thanks so much for weighing in on that for us. We’ll leave it there for now. Ahmore Burger-Smidt, the director and the head of data privacy and cybercrime practice at Werksmans Attorneys.

The statement goes on further to say that, with regard to Popia, a responsible party such as the Department of Basic Education is empowered to decide how to bring its actions or decisions in compliance with Popia. In this case, the regulator says that it plans to assist any decision regarding the publication of matric results based on the provisions of Popia.

So clearly a lot more in store on that front, but we’ll leave it there for now.

This was never anything but an attempt to refrain from publishing the dismal results and prevent the independent analysis of the real numbers.

We will now have to accept their dodgy stats as correct !!

More legalities … I really should have become a lawyer … I would have had a property in Mauritius by now and a yacht in the Seychelles. The path for Russia to keep sidestepping its first foreign default in a century is turning more onerous as another coupon comes due on the warring nation’s debt. 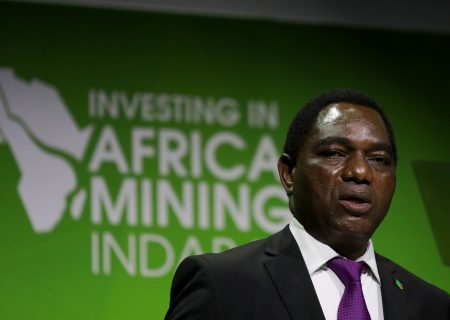