The Twitter buyout agreement specifies that all legal disputes over the deal must be heard in Delaware.
By Jef Feeley, Bloomberg 16 Jul 2022  08:42 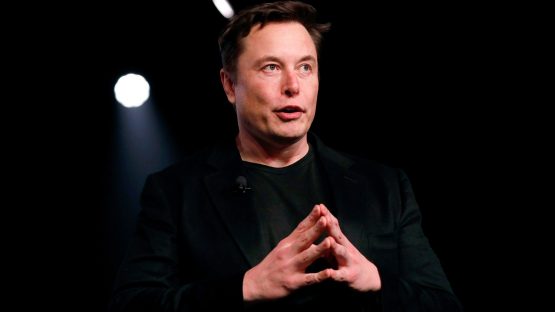 Elon Musk’s lawyers say Twitter officials are unfairly pushing for a “warp speed” trial over claims the billionaire improperly canceled his proposed $44 billion buyout of the social media company, and asked that the case be heard next year instead.

Musk’s legal team on Friday rebuffed Twitter’s argument that the case over the teetering transaction can be wrapped up in a four-day trial starting in September in Delaware Chancery Court, saying it will require “forensic review and analysis of large swaths of data” about Musk’s claims that Twitter’s customer base is riddled with spam and robot accounts.

Musk is requesting a February 13, 2023, trial at the earliest, “an extremely rapid schedule for a case of this enormous magnitude,” he said in a 14-page filing, according to a representative for Musk. The judge will hold a hearing July 19 on whether to put the case on a fast track.

The Twitter buyout agreement specifies that all legal disputes over the deal must be heard in Delaware, corporate home to more than half of US public companies, including Twitter and Musk’s Tesla Inc., and more than 60% of Fortune 500 companies.

Unlike some states, where it can take several years to get a case to trial, Delaware Chancery Court moves quicker. The judges, business law experts, are known for parsing legal thickets of complex merger-and-acquisition disputes fast and thorough. Complex business cases are often argued before a judge within six or seven months of being filed.

Until now, Musk hadn’t responded in court to Twitter’s allegations that he’s using the bots issue as a pretext to walk away from the $54.20-per-share bid he made for the company in April. The Tesla chief executive backed out of the deal July 8, saying in a regulatory filing that Twitter had made “misleading representations” over the number of spam bots on the service.

In his response to Twitter’s fast-track request, Musk said the platform’s officials stalled providing information about the spam and robot accounts to gain a “tactical delay” that would buttress their demand for an expedited trial.

“Twitter’s sudden request for warp speed after two months of foot-dragging and obfuscation is its latest tactic to shroud the truth about spam accounts long enough to railroad defendants into closing,” his lawyers said in the filing.

“The core dispute over false and spam accounts is fundamental to Twitter’s value,” Musk’s lawyers wrote. “It is also extremely fact and expert intensive, requiring substantial time” for pretrial exchanges of information.

Musk even chided Twitter officials for being no fun.

“With the sense of humor of a bot, Twitter claims Musk is damaging the company with tweets like a Chuck Norris theme and a poop emoji,” the lawyers wrote. “Twitter ignores that Musk is its second largest shareholder with a far greater economic stake than the entire Twitter board.”

The bots are angry at being counted

In response to Musk’s requests for specifics on spam and robot accounts, Twitter officials said they made available all the information they had by providing their whole “firehose” of data.

Musk counters that the firehose didn’t provide a wealth of bots data, but instead offered “a bespoke partial data set structured to make the necessary machine analysis impossible.”

Musk accused Twitter of violating the deal’s “ordinary course” provisions by firing some executives and setting up a hiring freeze. Such obligations require the target of a buyout to operate in the ordinary course of business while waiting for the deal to close.

A Chancery judge recently concluded that violations of this obligation by the owner of a string of luxury hotels allowed a would-be buyer to walk away from the more than $5 billion purchase.