Musk’s arguments for abandoning the deal were revealed in counterclaims filed under seal in a Delaware court last week.
By Patricia Hurtado and Jef Feeley, Bloomberg 5 Aug 2022  07:24 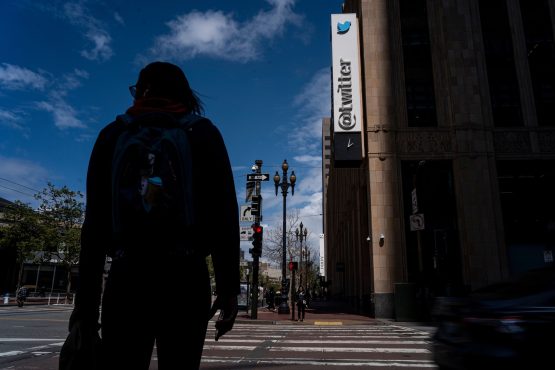 Elon Musk said Twitter Inc. misrepresented the size of its user base to distort its value and then “played a months-long game of hide-and-seek” as he sought more information to complete the $44 billion purchase of the company.

Musk’s arguments for abandoning the deal were revealed in counterclaims filed under seal in a Delaware court last week. Twitter misled investors and the US Securities and Exchange Commission, Musk says, and the company was “frantically closing the gates on information in a desperate bid to prevent the Musk Parties from uncovering its fraud,” according to the filing reviewed by Bloomberg.

Twitter responded by saying that the idea that Musk, backed by a team of lawyers and financial advisers, was “hoodwinked” into signing the purchase agreement was “as implausible and contrary to fact as it sounds.” In a 127-page reply, the company said Musk created a story “to escape a merger agreement that Musk no longer found attractive once the stock market — and along with it, his massive personal wealth — declined in value.”

The exchanges are the latest volleys in the acrimonious legal fight between the social-media platform and the world’s richest person. A judge in Delaware has set a 5-day trial in October over the merger, after Twitter filed suit to force Musk to go through with the deal.

In his counterclaim, Musk is described as “an avid Twitter user who believes in free speech and open debate, and he appreciates Twitter’s role as the world’s town hall.” But fake and spam accounts were a “key issue” for Twitter and the company wasn’t doing enough to identify them.

According to preliminary expert estimates by Musk’s side, “in early July fully one-third of visible accounts” — those that publicly tweet, re-tweet or like tweets — “may have been false or spam accounts.”

Further, Musk says Twitter’s disclosures show that the actual number of monetizable daily active users, or mDAU as the industry calls it, is 65 million less than the 238 million Twitter has represented. According to Musk, Twitter also misrepresents how many of those users view advertising, the company’s main source of revenue. By his estimate, fewer than 16 million users see the majority of ads and should be counted as “monetizable.”

Twitter wasn’t forthcoming with information, according to the filing. “As a long bull market was coming to a close, and the tide was going out, Twitter knew that providing the Musk Parties the information they were requesting would reveal that Twitter had been swimming naked.”

Musk is asking the judge to declare Twitter in breach of contract.

Twitter said its “disclosures regarding mDAU are accurate” and that “Musk’s counterclaims seek to distort them through selective omission and misleading bolding.”

The company said Musk’s claim that he has the right to walk away from the deal if it were “miscounting” the number of false accounts is “incorrect” and that the facts and terms of the merger agreement show that.

Musk also didn’t ask Twitter for information to verify the number of false or spam accounts before he agreed to the deal, the company said. Instead, he “forwent all due diligence — giving Twitter twenty-four hours to accept his take-it-or-leave-it offer before he would present it directly to Twitter’s stockholders.”