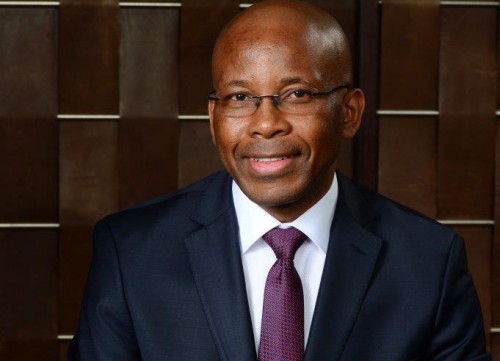 If Vodacom is allowed access to Neotel’s radio frequency spectrum assets, it will give the mobile operator an “unfair advantage” over MTN and other players in the telecommunications industry.

That’s the blunt warning from newly appointed MTN South Africa CEO Mteto Nyati, who was speaking to TechCentral on Wednesday.

Last month, the Competition Commission said it had decided to approve Vodacom’s all-cash, R7bn offer to buy Neotel, despite finding that access to the additional spectrum will result in “spectrum concentration effects” that will “consolidate Vodacom’s dominant position” and lead to “reduced choice and higher prices to end customers in the absence of effective constraints”.

In an attempt to deal with this, the commission has proposed that there be a two-year prohibition on the use of Neotel’s spectrum. Vodacom may not directly or indirectly use Neotel’s spectrum for offering wholesale or retail mobile services to any of its customers for a period of two years from the approval date or 31 December 2017, whichever is earlier.

“The two-year deferment period is intended to give an opportunity to policy makers to address the spectrum challenges in the industry,” the commission said.

But Nyati said this condition is not enough and the deal could end up being bad for the country. He said Vodacom can use the next two years to plan and build a network using Neotel’s spectrum and simply switch it on when the commission’s restriction expires.

“We have no problem about companies acquiring others. M&A happens every day, and we want to encourage consolidation in our market. But this particular deal gives an unfair advantage to one party. That advantage is good for Vodacom, but it may actually not be a good thing for the country overall and it’s clearly not good for us. We want to be able to compete on an equal footing.”

Nyati warned that there is no guarantee that there will be any clarity from government or communications regulator Icasa in the next two years about what spectrum MTN will get access to.

“Vodacom can start doing things today to prepare… We are unable to do the same thing. When the two years are up, they are already running. We have no idea if we will have clarity [by then]. You are in a fight with your hands tied. Let’s have a fair fight. That is the issue.”

He said MTN hasn’t yet decided if it will join Telkom in taking legal action against Icasa over its recent decision to approve the deal. Telkom argues Icasa didn’t follow the correct processes in approving the deal. “We clearly share some of Telkom’s sentiments,” Nyati said.

MTN will make representations to the Competition Tribunal, which must still consider the Competition Commission’s recommendations. “The deal can happen, as long as it’s not associated with the spectrum,” Nyati said.

Vodacom CEO Shameel Joosub has said previously that Neotel’s spectrum is key to the deal going ahead.  – © 2015 NewsCentral Media

This article was originally published on TechCentral. To view the original, click here.