For more than a decade connected South Africans have been freed from the chore of banking in a traditional branch in hours that are more convenient to the bank than the customer.

If internet banking transformed the way people did their banking, mobile connectivity is fundamentally changing the world of personal finance. Now your finances – from saving, transacting and investing to payments, budgeting and receiving advice – can be managed at any time anywhere via mobile apps. Your mobile phone is a bank branch in your pocket.

Initially, apps just allowed customers to check their balance and see their most recent transactions, but banking apps are now being used for a myriad of functions. Some apps now show pending transactions or allow customers to freeze their bank card if they have lost it, for instance.

In most cases, mobile banking apps are a channel extension of an existing bank and, as such, are limited by the legacy architecture and cost structure of the existing bank. But this is changing. Fast.

Alipay, a third-party mobile and online payment platform established by Alibaba in 2004, does 960% of the daily transaction volume of Visa. And in China, 22% of deposits are via mobile devices, according to Brett King, co-founder, and CEO of Moven, a New York-based mobile banking start-up. 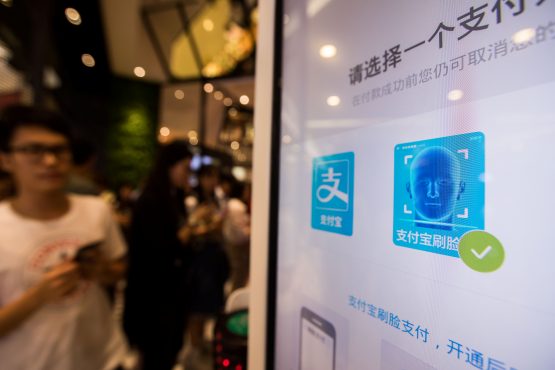 And so it is that Michael Jordaan is very specific that Bank Zero, which he has co-founded with former FNB head of retail Yatin Narsai, is an app-driven bank. It is not an internet bank, a digital bank or a virtual bank, and it does not rely on physical branch infrastructure. “We are digital or virtual in the sense that we have no physical presence,” says Jordaan. “But we are building for one thing and one thing only, and that is smartphones. We won’t even have a website.”

News of the bank broke in January and Jordaan recently confirmed that Bank Zero has now integrated with the national payment system of the South African Reserve Bank (Sarb). The team is busy alpha testing.

“Building a bank is hard work; building an innovative bank is exponentially harder,” says Jordaan. “The Bank Zero build-out continues, and after implementing additional payment rails (such as card transacting), beta testing will start during quarter one of 2019 and we will go live to the public in mid-2019.

“Actually we have been able to move incredibly fast,” he says. “These days you don’t need thousands of people to start a bank.”

You also don’t need insane amounts of infrastructure capital either. “There is a massive amount of software that is available for free. And the hardware costs much less than the existing banks pay to maintain their legacy systems. Our technology costs will be 1% of 1% of the usual tech budgets. This is the challenge that start-ups – not just banks – pose to big established businesses.”

Jordaan and his partners did not set out to transfer banking services from the physical world into the digital realm. “We were able to design a new bank, from the mobile phone up, starting with first principles: what does the user want? What can a phone do that banks can’t do?” He answers his own question: “I’ll give you an example, they can tell you where the customer is, so you can add functionality that protects them from fraud.

“In a legacy bank you can say users want lower fees, but then how will you pay staff and shareholders?”

Providing customers with a low-cost banking solution that offers higher interest rates (that are not automatically linked to the prime lending rate) is just the beginning of what Bank Zero will offer.

Jordaan will not be drawn on fees and costs, but says, “our radicalism will begin with fees and card swipes … and the clue is in the name”.

Another clue lies in the fact that the bank has a mutual banking licence. “We don’t want to become a full commercial bank. For example, we don’t want to do investment banking or corporate finance, or service large corporates. We want to focus on the business market, individuals, families and communities.”

Aside from passing on the benefits of a lower cost structure – in the form of higher interest rates and lower fees – the intention is to bring depositors on board as shareholders.

“I can’t give you much detail yet, but the mutual banking structure lends itself very much to that.”

He is very clear that Bank Zero will not enter the lending game.

“We think there are many competitors in South Africa that focus on everything from mortgages to car loans to microloans. The real need in South Africa is not for more lending. We should all be saving more. We are on a bit of a crusade. So we want to give people the ease of transactability on a smartphone, but with competitive deposit rates.”

A particular focus will be on business. “We think this is a neglected segment in South Africa, which is paying far more in banking fees than is necessary,” he says. The absence of lending facilities should not be an impediment to this sector. “We are not asking you to give up your traditional bank account. But we will make a difference. We are about fees, functionality and interest rates. We can’t make a difference when it comes to lending. But we think we can reengineer business banking to make the process frictionless and pain-free.”

Aside from the Bank Zero banking app, the bank has partnered with Mastercard to offer a credit card (with a difference), because people do want access to cash or a way to deposit cash.

The sooner this bank reveal it fee structure and interest rate structure, the sooner they can commence with a banking service. Time to kick butt in the industry.

I’m moving my business account to Bank Zero on the first day I’m able to.

Loyalty is for dogs.

Unfortunately these guys are barking up the wrong tree. They still remain a bank, no matter how they want to do the colouring. It remains a trust-based system while the future of money and banking is towards trustless systems aka blockchain and its related cryptocurrencies. Being a bank, no matter in what disguise, they will screw you somehow. They all do

deonk, you beat me to that!

my first thought was, once they got enough cash, they will lend it to poor people at normal rates of 25%, most probably thru a middle man … … …

You have to appreciate the fact that Bank Zero will require a whole lot less resources (i.e people) to operate. It is known that the big four banks are carrying too many employees.

Doesn’t sound particularly compelling. They are only aiming to be an extra bank so you will still have fees at your primary bank and slow account-to-account payments to deal with between them. No mention of real services for business – trade finance, letters of credit, forex? Integrated payroll for small business? Local small business ERP integration?

Maybe if they were planning some form of low cost merchant payments out of a new wallet there might be something in it – but it sounds like they are heading for the traditional card rails so in the opposite direction to Alipay et al.

Perhaps they are keeping their value prop to themselves until they launch.

A bank is much more than this. A bank has a license from the state to “sell” what it does not own. The state allows banks to advance about ten times more in loans than the amounts they have in deposit. The main business of a bank is to “create” money out of nothing. This is why banking is a wonderful business model. The main source of business, the inputs, the “stock on the shelf” is created without cost, out of nothing.

No other business has this advantage. As described by prof. Huerta De Soto in the book Money Bank Credit and Economic Cycles, a bank is the only business that is licensed by the state to commit fraud. This agreement is described as the fractional reserve banking system. This agreement between the state and the banking system is also to root cause of every financial crisis.

Of course that money multiplier is great when it makes the economy grow faster due to access to credit and steady growth. A real problem when the credit needs to contract again usually caused by the overzealous application of said credit.

Are we better without fractional banking? I think we’d still speculate and cause boom/busts, so I’ll keep the idea of banking for now.

Really ? Those banks must have interesting balance sheets. Any in SA you can point to ? Advances at 90% of deposits is already pushing it.

you really don’t understand the fractional reserve system do you, because if you did you would understand that the banks create R1,000 out of every R100 netto deposits it takes – out of thin air that is. That’s why fiat currencies are also called debt-based currencies. The only way they create that R1,000 is by lending it to an already over-indebted population. And we’ll all stand by helplessly when this whole fantasy money explodes.

Will give Bank Zero the benefit of the doubt, when it launches 😉

I wouldn’t move my existing accounts, but perhaps worth one’s while to expand/add banking apps with another provider. The more choice, the better.

AND….IF they decide to list on the JSE, well…and if I make 100% gain on the initial IPO…I’ll personally buy Mr Jordaan a nice tie & a Philips-shaver! 😉

“Jordaan will not be drawn on fees and costs”

Strange, because that will be the clincher.
Hopefully the other banks will react, but dont hold breath