He founded Ellies Electronics, which became a driving force behind the proliferation of SA broadcasting.
By Lefa Afrika 3 Jan 2022  00:01

The JSE’s best-performing tech shares in 2021
How many listings from the 2006/7 boom remain?
Where are the risks lurking on the JSE?
CLICK THIS COMPANY MORE COMPANY NEWS SENS
ELLIES 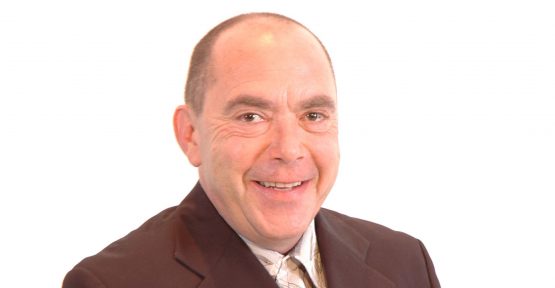 Elliot (“Ellie”) Salkow (1953 to 2021), the founder of Ellies Electronics, is one of the most prominent industry leaders we lost this year. His low profile, private and down-to-earth nature is probably the reason not many people took notice when he passed away in August.

Yet the company he created became one of the driving forces behind the proliferation of broadcasting in South Africa. The success of Ellies Electronics saw him become one of the most influential individuals in South Africa, with the Sunday Times naming him among the top 10 wealthiest South Africans in the technology sector in 2013 — among the likes of Koos Bekker, Johann Rupert and Brett Levy.

I met Salkow seven years ago, when my business interest in television content spilled into technology. He was very different to most other prominent people I tried to approach.

To me and others he interacted with, he was approachable, and made it easy for people to speak to him.

On news of his passing, the company’s internal circular fittingly described him as “a generous spirit and someone who saw the best in everyone”. He made it easy for anyone to propose and discuss new ideas with him as he had little interest in individuals’ personal status.

As I learnt more about him, the story of his personal strife and his struggle against all odds to build Ellies perhaps explains his simple and human-centred approach to life.

Salkow started Ellies Electronics in 1979 after spending two-and-a-half years as a sales representative at Aerial King. He operated from his garage and sold aerials from the boot of his car.

One household at a time

When the company established its first office in End Street in Johannesburg, it had only two employees. Rooting itself as the supplier and installer of television aerials, and later satellite dishes and decoders, Ellies helped the penetration of television in South Africa one household at a time.

After several relocations and adjustments, the company eventually settled at its iconic premises in Eloff Street, which incorporates The Pyramid Conference and Venue Centre.

Throughout his career, Salkow was aware of rapidly changing technological trends, and built Ellies Electronics as an agile and flexible machine capable of responding to the constantly fluctuating market conditions.

He lived by this mantra, so much so that he was often quoted as saying that “getting a good idea to the market today is better than getting a perfect idea to market in a month’s time”.

In 2019, Salkow became a non-executive director at Ellies and relinquished. A year later, he left the company, allowing new blood to spearhead its reinvention.

True to the dreams of many, his legacy has outlived him. Colleagues and employees of many years affectionately describe him as the founder, beloved mentor, leader and pioneer whose legacy lives on within everyone at the company.

For the man who funded his studies by selling mirrors and doubling as a delivery man when he lost his parents, Salkow epitomised the spirit of entrepreneurship through self-drive. Growing his company to a listed entity, he has lived to inspire many. Today, it is not possible to speak about South Africa’s broadcasting technology history without Ellies Electronics. For this, he has earned a place in history.

Lefa Afrika is the director of Afriprime, a television content distribution company based in Johannesburg. He writes in his personal capacity.

This article was first published on TechCentral here, and republished with permission