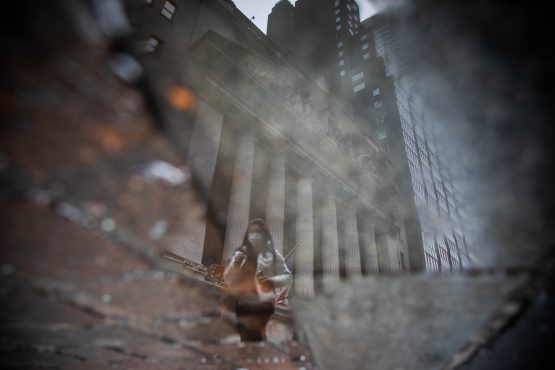 That’s according to Evercore ISI’s Julian Emanuel, who in late 2019 predicted the retail-investing boom. The strategist says a robust corporate and economic environment is likely to help revive such shares this year if “cooler heads prevail” in coming weeks, helping to alleviate the dour mood in markets.

There’s a lot of negative sentiment to overcome.

Many stocks that peaked early last year amid the retail-trading frenzy are significantly off their highs as concern grows about the impact of Federal Reserve rate hikes and inflation.

A gauge of retail favorites from Nomura Holdings Inc. and Wolfe Research has slumped over 30% from a November high. Yet Emanuel sees reason for optimism.

“We look for equities to stabilize,” he wrote in a note Sunday. “Could the same meme/concept/profitless stocks now heavily shorted and universally reviled, which topped in 2021’s triumph, be set to rally?”

Still, until sentiment turns, the strategist can expect skeptics to point to similar manias in history.

“Meme madness was fueled by the same thing that drove up tulip prices in the 1640s, shares in the South Sea Company in the 1700s, stock prices in the 1920s, and the dot-coms — good old-fashioned FOMO, or the fear of missing out,” Herb Greenberg of Empire Financial Research said in a note Friday. “When it comes to manias, we always think it’s different this time. Spoiler alert: It never is.”