Delivering the keynote address at the Strate GIBS Fintech Innovation Conference, he said conflicting views as to the true potential of fintech – from revolutionary to evolutionary – see regulators still reflecting on how best to respond to developments in the space.

To strengthen the regulatory approach, he proposed that regulators:

Fintech’s rapid development and vast scope appears to have given rise to a regulatory quagmire.

“Given the pace of change, regulators, like most mortals, may find it hard to remain up to date with these developments; we are faced with the daunting prospect of having to reflect on the most appropriate regulatory responses to technologies that we may not fully comprehend yet,” said Groepe.

Read: Fintech firms said to be in a regulatory darkroom

As such, he said a “back-to-basics” approach, whereby regulators should focus on risk-based principles rather than creating rules-based principles aimed at regulating technologies or products, is favoured. Just as financial regulators don’t regulate the Internet or mobile devices, central bank intervention should focus on the underlying economic function of various technologies or products.

“The regulated activities should fall within the ambit of their regulatory mandate and would typically include deposit taking, payments, lending, insurance, and investments.

“Regulation must be appropriate, purposeful and smart, and it must aim to ensure a level playing field. Regulations should not be an impediment to progress, competition, or efficiency”.

Domestically, the Sarb began monitoring fintech innovation in 2013, when it joined National Treasury, the South African Revenue Services (Sars) and the Financial Intelligence Centre in an informal intergovernmental working group. Three years later, it established an internal virtual currencies and Distributed Ledger Technology (DLT) working group to understand the technology and how to leverage off it – it even told Moneyweb earlier this year that it was open to issuing a national digital currency. In realising that fintech extends beyond cryptocurrencies, it this month established a broader fintech unit with three full-time employees with a view to reviewing and assessing emerging technologies and user cases.

South African authorities have yet to develop a regulatory framework for fintech. In a 2014 position paper, the Sarb’s National Payment System Department said it did not view advancements such as cryptocurrencies as significant threats to financial stability, price stability or the national payments system. As such, it does not regulate the space but reserved the right to do so. Groepe said the Sarb’s new fintech unit would together with an intergovernmental working group to determine appropriate fintech regulatory frameworks.  It would also consider such framework, in the context of government’s policy goals such as financial inclusion and deepening competition.

Groepe said the Sarb is also an active participant in international regulatory and standard-setting bodies and affirmed its commitment to staying abreast of and contributing to thought leadership at a global level.

He said the Sarb has been following the work of foreign central banks in establishing innovation hubs and regulatory sandboxes, which provide support and guidance to fintech firms. The central bank’s new fintech unit, will in the coming year determine the need for similar initiatives in South Africa.

Listen to the podcast from the SAfm Market Update interview with Jesse McWaters, project lead of disruptive innovation in financial services at the World Economic Forum, here.

Refreshing to read something from a civil servant who is on top of his game. 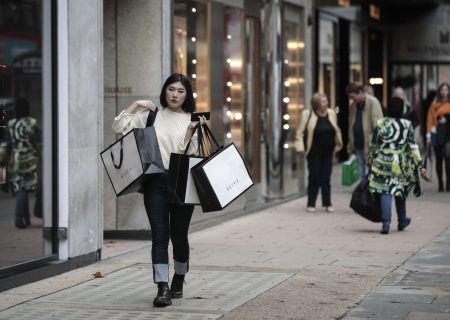