SA’s tech sector: Not what it used to be 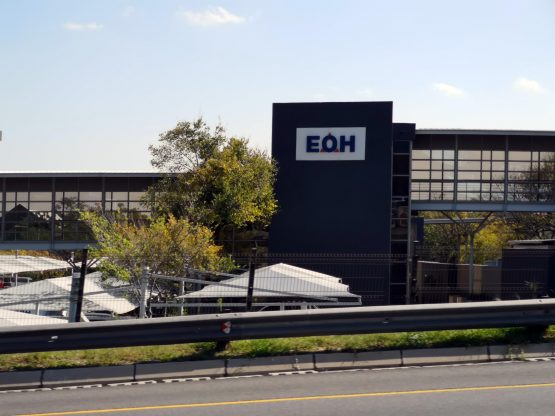 EOH will release a report on alleged corruption next week. Image: Moneyweb

Just a few years back it was one of the hottest sectors on the JSE, with large companies like EOH, BCX and Altron being staples in many portfolios. These businesses were attractive, as they had thick margins and lucrative large contracts.

Then things changed. Several of the largest players were undone by projects that went horribly wrong, as well as risky shareholding structures that ended up devaluing these companies.

The disappearance of BCX – it was bought out by Telkom in 2015 – also reduced the weighting of the technology index. The initial fall in came soon after the troubles at Altron, one of the largest tech companies in the county, came to light.

An ill-fated venture into East Africa saw it writing off millions. Its problems saw revenue fall 8% to R10.5 billion and it incurred a R447 million post-tax loss in its half-year results to end-August 2015.

But even its recent performance was not enough to offset the fall in the technology index. Although its share price recovered – to around R26, which is way up from its low of R4.50 in November 2015 – it could not counteract the fall of another local tech heavyweight, EOH.

From a high of close to R180 in August 2015, EOH has collapsed to the just under R20 it is trading at now. The collapse in its valuation was triggered by some of its directors being on the wrong side of a derivatives position, and later driven down by allegations that it was involved in state capture.

Some businesses it had bought into were found to have been involved in suspect deals before it took control. EOH first denied any wrongdoing, saying that aside from these businesses, it found no evidence of corruption on its part, despite numerous internal and external investigations.

But when Microsoft SA announced in February that it would no longer have EOH act as a reseller of its software licences, its share price collapsed again. The global tech giant took these steps after someone laid a complaint with the US Securities and Exchange Commission regarding alleged corruption in a department of defence software deal.

Newly-appointed CEO Stephen van Coller said he would get to the bottom of these allegations. A report on the group’s investigation into the matter will be released next week.

All of this means the tech sector as a whole has yet to regain its former glory. The technology index has not tracked above the Top 40 since the first week of July in 2017.

Although the sector has yet to regain its lustre, it should be seen against a background where the valuations of tech companies have a habit of shooting up like firecrackers and then exploding once serious issues are discovered.

It’s a pattern that has repeated itself over the decades.

Dimension Data is one such company. Its rapidly rising share price saw it briefly become SA’s largest listed company, with a market capitalisation of R77.3 billion, and it was even in the top 50 companies on London’s FTSE 100 Index in 2000.

It all came crashing down when the dot-com bubble burst in 2001 and it lost 40% of its value in the first week of July that year.

In the following decade it went on to make a marvellous recovery. It eventually sold for R24.4 billion to NTT of Japan in 2010.

A similar story played out with the rise and fall of Gijima. Its share price rocketed up in the late 2010s, but it could not shake allegations of wrongdoing regarding a lucrative government contract. Little has been heard of it since shareholders accepted chairman Robert Gumede’s offer of R2.20 per share (resulting in it being delisted in May 2015)– a far cry from the R50 a share it had been trading at in April 2010.

Another reason the tech sector has gone off the boil is that in many ways it is a function of whatever way the economy goes. When things are good, big tech companies want to scale up. They do this by buying out smaller players and paying them in shares.

The problem is that the shares are often overvalued, with the owners of these businesses prohibited from selling them for a few years. By the time the shares vest, the share price has slumped and they are poorer for it.

In the way that a strong economy boosts the tech sector, a weak economy drags it down as companies are hesitant to spend on big tech projects. Etion, for example, had some of its clients hold off on launching IT projects. “Clients are postponing contracts after signing,” says Etion CEO Teddy Daka.

The problem at Gijima was of course the disastrous Who Am I Online (WAIO) contract it landed for the Department of Home Affairs. Gijima made the mistake of appointing incompetents as project managers – former nurses and teachers(!), amongst others – who knew nothing about IT or delivering a complex system. These “project managers” apparently confused having never-ending meetings with actually developing systems, which they knew nothing about anyway, and then, to save costs, imported a horde of developers from the Subcontinent, who barely spoke English.

Predictably, hundreds of millions of rands later, not a single module of the system was in production, and Gijima was asked to leave by DHA. Now if you’re so incompetent that even DHA invites you to seek alternative employment, that really says something.

With a title like that, Larry, you may well have called the bottom for SA tech…

I wonder if anybody will ever investigate the shoddy and dodgy SAP/Gjima/SITA IFMS tender that was awarded to Gijima in 2008 for R1.2bn and since then NOTHING delivered. Same tactic of using teachers and nurses as Project Managers. Way out of their depth but scored sky high salaries…….disgusting as SAP used espionage tactics against our small software company as they were concerned with what we had developed and presented to SITA for the HRM component. That crippled us.

The concept in SA of “Technology” and ICT is so incredibly incompetent that SA must surely rank amongst the worst in the World.

And that also says a lot about the abysmal state of technical education in SA.

You don’t think that the tech movers and shakers have emigrated, and now we experience another cANCer success story?

From previous month on wet weather.