So you decided on an electric car 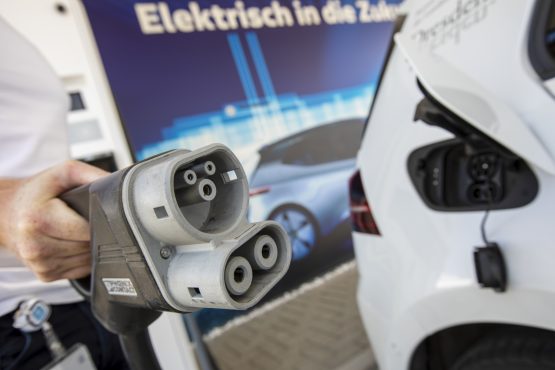 An electric car is cleaner and, over time, will save you money. No brainer? Read on.

Battery technology is improving so fast — providing longer range at a lower cost — that a new electric vehicle can become obsolete within the span of a three-year lease. You don’t want to be the one holding that fast-depreciating asset: “When we look at used values for electric vehicles, they’re not good,” says Jessica Caldwell, executive director of insights at Edmunds. On the flip side, there are bargains to be had in the used EV market, and that’s a good way to reduce your carbon footprint.

Not everybody gets a tax credit

A federal income tax credit of as much as $7 500 on the purchase of a new EV or ­plug-in hybrid comes with a catch: Once an automaker sells 200 000 of them, the credit phases out, dropping to $3 750 for six months, then $1,875 for six months. Then it expires entirely. Tesla and General Motors Co. hit the cap more than a year ago and no longer qualify for the credit. Ford, Nissan, and Toyota have all crossed 100 000 but should have at least a couple of years before a phaseout. Credits also vary by how much power the car draws from the battery. To see where a particular model stands, check the Internal Revenue Code Section 30D. Also, some states and utility companies offer incentives. Go to the US Department of Energy’s Alternative Fuels Data Center website for a state-by-state list.

It’s not all luxury

Thanks to Tesla, big automakers are scrambling to grab some of the luxury EV market. But there are plenty of modest hatchbacks out there. These so-called compliance cars — they help automakers meet emissions standards—often sit on dealership lots, ignored until rebates are offered. And leasing a Renault Zoe is essentially free in Germany, where state support allowed dealership chain Autohaus Koenig to offer a lease for the battery-powered Zoe that’s entirely covered by subsidies.

There are two types of personal chargers: Level 1 is a standard three-prong, 120-volt outlet and the charger cable that typically comes with the car. At 2 to 5 miles of range per hour, a full recharge can take more than a day. Level 2 requires a dedicated circuit and 240-volt outlet (the kind typically used by clothes dryers). These add 10 to 60 miles of range per hour, ideal for overnight fill-ups. The average cost to install a Level 2 charger is $1,400, according to a study by the International Council on Clean Transportation. The cost of power varies widely in the US, from about 30¢ per kilowatt-hour in Hawaii to less than a dime in Louisiana. But some states have begun to offer time-of-use plans with cheaper rates for off-peak times or even separate discounted EV meters, as in California. The Alternative Fuels Data Centre lists what’s available where. The average annual cost to charge a standard EV in the US is $485, while a year’s worth of gas for an internal combustion engine (ICE) car is $1,117, according to a 2018 study by the University of Michigan’s Sustainable Worldwide Transportation group.

Charging on the go

The EV industry hit a major milestone in August when it crossed 1 million public charging plugs worldwide, according to a tally from BloombergNEF. Unfortunately for US drivers, most of those are in China and Europe. There are just under 80,000 public chargers in the US, including Tesla’s proprietary network of about 17 000. Most are in big cities and are Level 2. Fast chargers, also known as Level 3, which can add 60 to 80 miles of range in 20 minutes, are harder to find. Excluding Tesla’s network, there are fewer than 6 500 in the US PlugShare, a free app, can help you locate them and tell you if they’re already in use.

Even the most basic EV is fun to drive. Electric motors provide instant torque: When you punch the pedal, power goes from the motor to the wheels in a fraction of a second. This makes for responsiveness that combustion engines — with their crankshafts, gears, and transmissions — struggle to match. Regenerative braking, where the motor pulls power from the wheels during deceleration to recharge the battery, adds to the distinctive feel of driving electric. Most EVs allow drivers to choose a level of regeneration. The most aggressive settings can feel jerky but allow for the possibility of “one-pedal” driving, where you rarely touch the brake.

The possibility of running out of juice on the road isn’t nearly as bad as it’s made out to be: 95% of car trips in the US are 30 miles or less and more than three-quarters are 10 miles or less, according to the US Department of Transportation. Weather matters: Below-freezing temperatures and running the heater can sap more than 40% of the range from EVs, while the air conditioner on a hot day cuts 17%, according to a AAA study. Heavy-footed driving and steep ascents can make dashboard range estimates drop fast enough to make drivers sweat.

What you won’t miss

While the sticker price of an EV can be high compared with that of a typical car—even after tax incentives—the savings in fuel and maintenance can help make up the difference. EVs don’t need oil changes. And their drivetrains have fewer moving parts than any counterparts with ICEs. That helps keep maintenance costs down. According to an analysis by BloombergNEF, the total cost of ownership for midsize EVs will be on par with ICE cars in 2025 and lower afterward. But batteries degrade over time. When telematics company Geotab analysed the performance of more than 6 000 EVs, it found the average battery capacity declined 6.1% in the first three years.