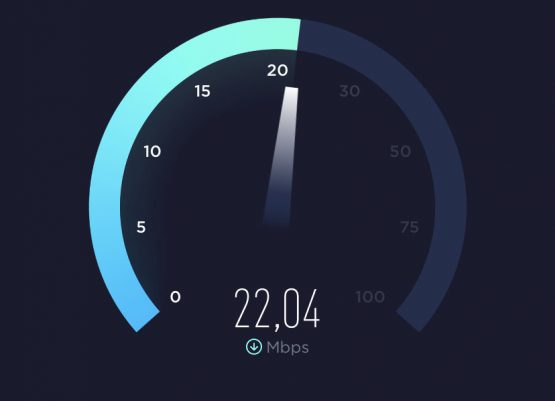 Ookla, which owns the popular Speedtest.net platform that allows users to test the speed and quality of their internet connections, has released its 2021 fourth quarter report on South African mobile operators, and MTN is once again the clear market leader.

MTN, Ookla said in its latest report, received a Speed Score of 65.21, well ahead of second-placed Vodacom with 42.12.

Telkom placed third in the fourth quarter with a score of 27.22 and Cell C fourth with 22 points on the nose.

The Speed Score is determined by measuring speed tests from devices with “modern chipsets” that are capable of measuring a network’s full capabilities.

Vodacom and MTN tied for second place with median latency of 24ms, while Cell C placed last at 31ms.

Ookla also calculates what it calls a “Consistency Score” that measures the consistency of each operator’s performance. Here, MTN also came out tops, with 89.1% of results showing at least a five megabit (Mbit) per second minimum download speed and 1Mbit/s minimum upload speed.

Telkom placed second on this measure at 87.5%, followed by Vodacom and Cell C.

At the same time, Ookla released a report on the fastest fixed-line broadband providers in South Africa in the fourth quarter.

Rain, which is included in this category rather than among the mobile providers, was placed sixth with a score of 34.2. In terms of latency among fixed-line service providers, Webafrica and Cool Ideas tied for first place at 4ms.

The Ookla numbers are seen as particularly credible given the popularity of its speedtest.net testing platform relative to other such services in the local market.